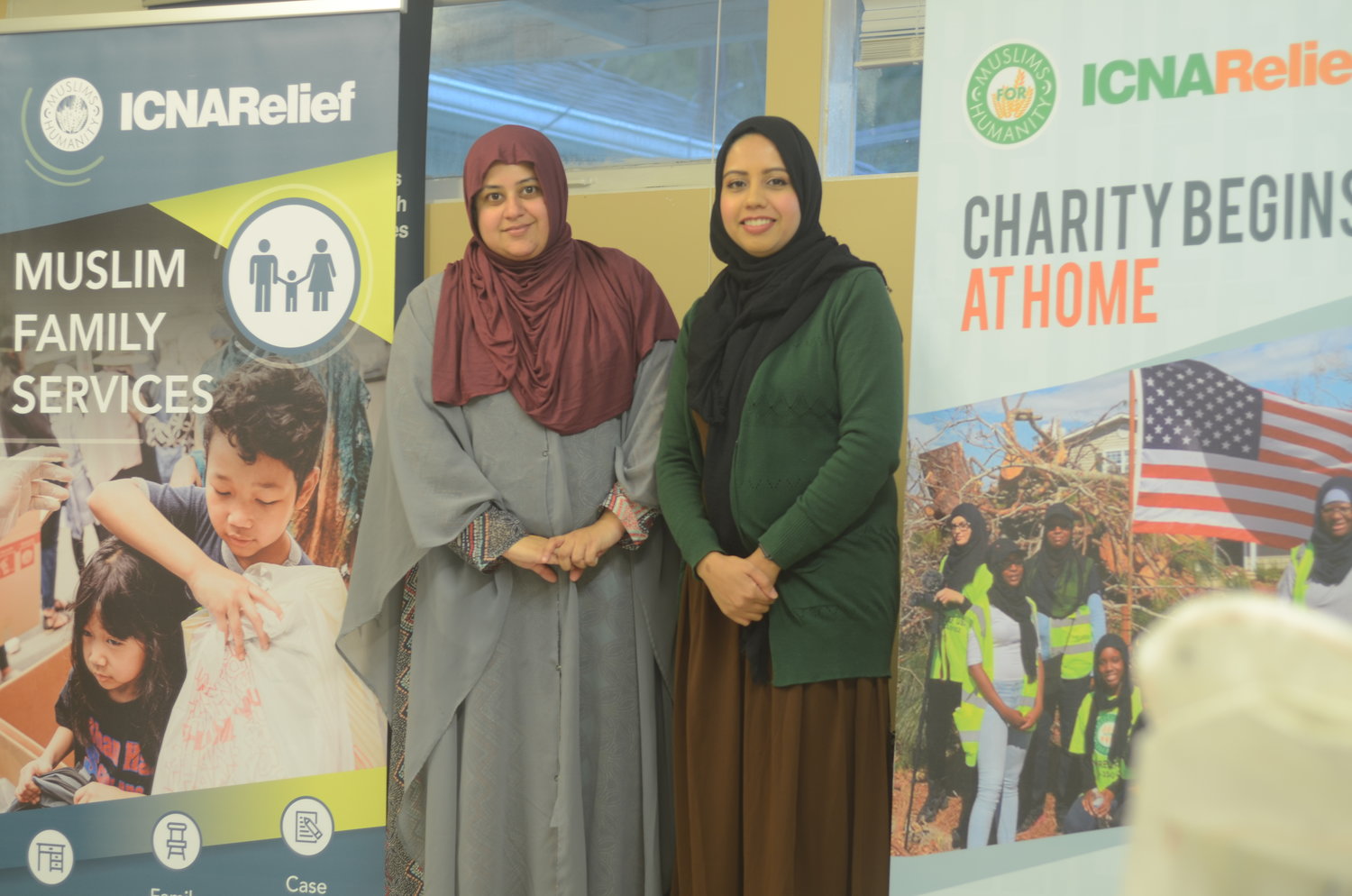 For those struggling with suicidal thoughts, a supportive, no-frills, honest conversation about mental health can be hard to come by. Even as governments, schools and workplaces engage in renewed efforts to shore up mental health resources for their citizens, students and employees, the stigma associated with mental health remains.

And in concentrated pockets of U.S. Muslim communities, like those that dot Long Island, that stigma can be particularly acute.  For mental health counselors and advocates, breeching a long-held culture of silence and shame in these communities is an ongoing battle.

The talk took place on the grounds of the Masjid Hamza mosque in Valley Stream, a gathering spot for Muslim residents and congregants from nearby neighborhoods. The secretary of the mosque, Abdul Kadir, said that it was not affiliated with the event, but had lent out its space to ICNA Relief.

A small crowd of Muslim women showed up for the discussion, some local, and some from as far away as Brooklyn. Many had come because family members had expressed suicidal thoughts or mental turmoil, Shumaila Noor, ICNA’s administrative outreach coordinator, said. Others wanted guidance on how to broach the topic of mental health issues in their community.

Discussions of suicide are often a source of tension among Muslims, Amena Bhutta, a licensed mental health counselor and one of the speakers at the event, explained. Those suffering from mental illness, or those who know someone who does, often face stiff resistance, she said, mainly in the form of community stigma and religious persecution.

In tightly knit Muslim communities, where mosques and community centers are often focal points, people tend to look to other Muslim families for relationships and social ties, Bhutta noted. And in these “collectivist” communities, reputation means everything. Anything that risks jeopardizing the reputation of a family in the eyes of fellow Muslims can be socially crippling.

Therefore, topics like suicide, which is considered a moral taboo in traditional Islamic communities, are “automatically dismissed most of the time because of that upbringing,” she said.

And those who want to speak up about their mental illness are afraid of drawing unwanted attention, shame or outright condemnation from others.

“Because of these strong relationships,” Bhutta said, “there is this fear that if this gets out, how is the family or the community going to be perceived?”

The mere mention of a mentally troubled family member can brand an entire whole family as beyond the norm. So, not knowing where to turn for mental health support, many individuals withdraw into secrecy and suffer their mental turbulence in silence.

But the price of refusing to seek help can be tragically high, Bhutta said, with evidence of more “Muslim children, youths and adults dying by suicide, and it’s not being addressed.”

Muslims in the United States are twice as likely to have attempted suicide than members of other religious groups, according to a study published last year in JAMA Psychiatry, in which nearly 8 percent of Muslims surveyed reported having tried to take their own lives.

The prevalence of anti-Muslim sentiment and religious discrimination, which has only intensified in the past two decades, since the Sept. 11 terrorist attacks, also wears on the emotional and mental state of many American Muslims, who cope with anxiety, depression and paranoia. That discrimination often isn’t as overt as slurs, insults or obvious hate speech, Bhutta said. Sometimes it’s just about “how they treat you; how they ostracize you; how they take issue with your rituals of belief and your prayer,” she said. “So everything is not always as direct, but it’s just the very indirect, implicit energy and bias that you may get when you’re in a public-school setting or like in an office setting.”

According to polling from the Institute for Social Policy and Understanding two years ago, 60 percent of Muslims reported having experienced religious discrimination in the workplace, at school or among family and friends.

“There’s not enough awareness,” Noor said. “There’s not enough education. There is no access to resources” — but having an open dialogue, like the discussion last weekend, is a great starting point, she added, not only in creating more emotional support for mental health issues, but also in letting Muslims know about the resources they have at their disposal.

“That is why we introduced our Long Island crisis hotline and crisis counseling services this May, which are completely free, confidential and anonymous,” Noor said.

Additional reporting by Roksana Amid

Have an opinion about the article? Send an email to jlasso@liherald.com.