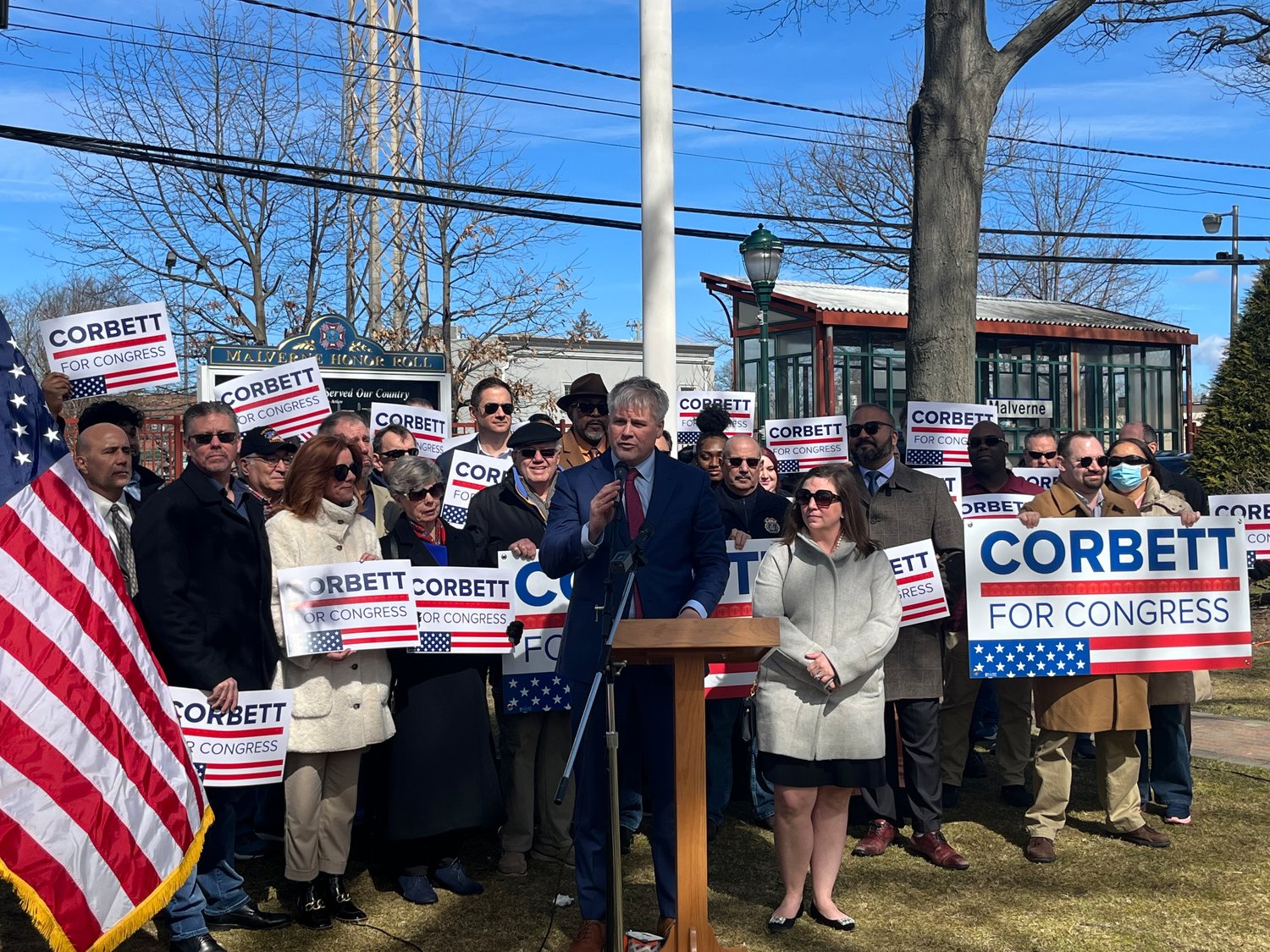 Village of Malverne Mayor Keith Corbett has officially announced that he is running for Democratic Rep. Kathleen Rice’s vacated seat in the 4th Congressional District.

He joins Democrats County Legislator Carrié Solages, former Town Supervisor Laura Gillen and County Legislator Siela Bynoe in what is becoming a crowded field. As of press time, the lone Republican in the field is tech CEO Bill Staniford, of Lawrence. The primary is June 28.

At the March 8 public safety campaign when Corbett began his stumping for being part of the House of Representatives, nearly 80 supporters from across the Congressional attended. They included church leaders, Democratic party leaders, law enforcement, American Legion Post 44 members, and Freeport and Hempstead village officials, State Sen. Kevin Thomas, a Democrat, who represents the 6th Senatorial District.

Corbett expressed that he wants more funding towards the police and social and mental health services, and wants to see bail reform laws revised.

Last year, Nassau County police reported an increased number of illegal gun seizures and have again reported a spike in seized illegal guns this year. Corbett called on the federal government for assistance in dealing with the influx of these illegal guns in the county.

He also noted some of his successes since he became mayor in 2019, including paving 72 percent of the village’s roads, installing technology and other village infrastructure upgrades, and setting plans for upgrades at the village’s Whalen Field park, all without raising taxes.

Malverne resident since 1982, Ed Mahoney, is a registered Republican who normally votes blue — but Corbett has Mahoney’s vote and endorsement this election. “He is going to be my choice for congressman. He was my choice for Mayor and I think he’s done an excellent job,” Mahoney said.

Mahoney went on to say that many politicians do not follow through with their promises when they get into office. “Everything that I’ve ever asked him [Corbett] to do for these residents, he’s accomplished and done at no taxpayers cost—that to me is a very big thing.”

Should he win, Corbett stressed that he will open a main congressional district office in the village to ensure that Malverne and the surrounding communities are well represented.

“Each and every day I use my personal, professional [and] political relationships” to keep Malverne as-is, Corbett said. These relationships are connected to his history in Malverne as a resident and village board official of 12 years and his current career as an attorney.

Additionally, his relationships span from his past or current positions as law chair of the Nassau Democratic committee, a governor appointed Long Island state park system commissioner and an evectional and campaign finance expert and attorney – where he represents state villages, counties and democratic elected officials on all levels, from villages all the way up to the governor.

“I’m a little fed up with what’s going on in Washington,” Corbett added. “I think we need to start getting back to basics and sending representatives down there to roll up their sleeves and do the work and I have the capacity to do that.”