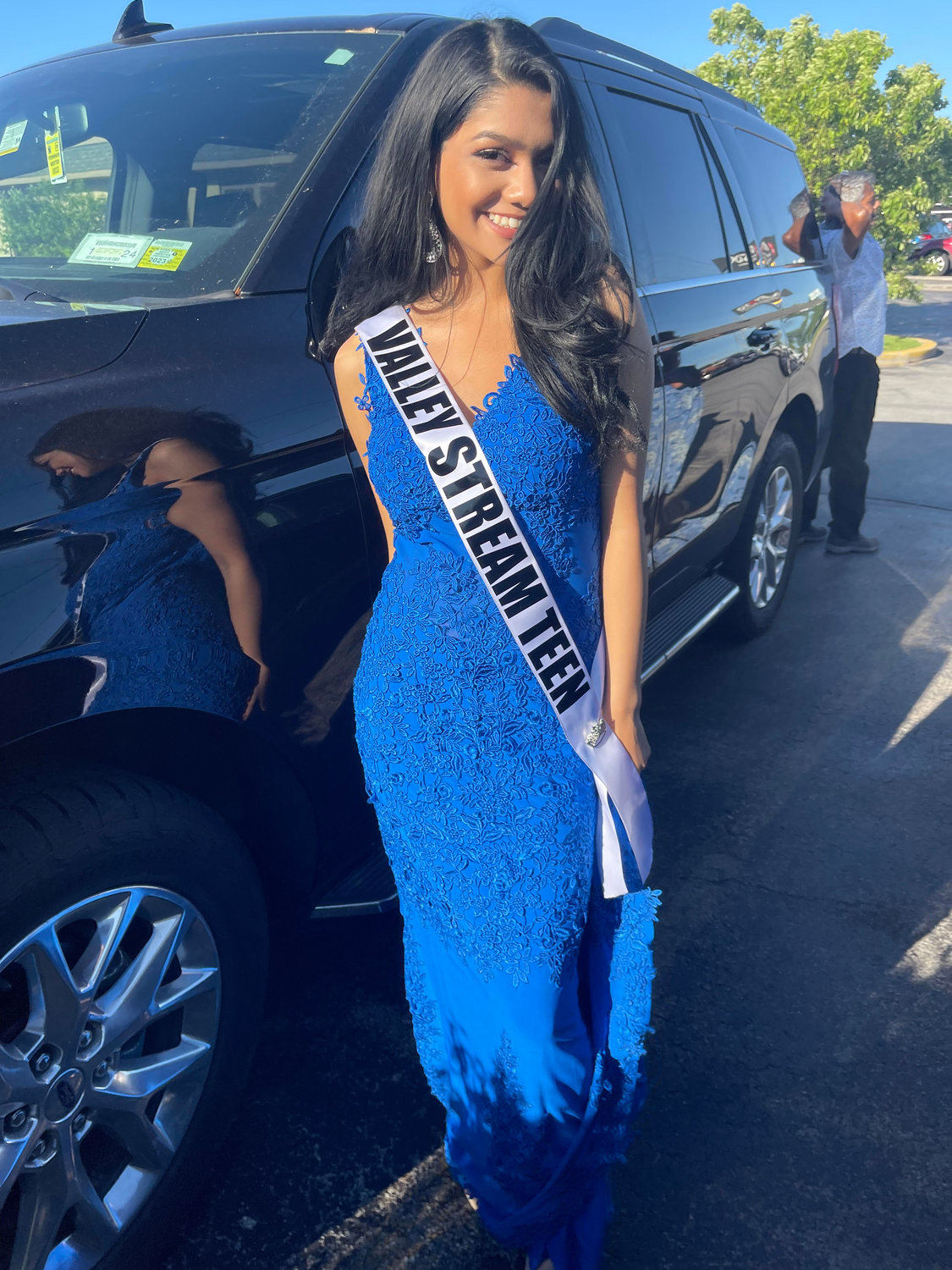 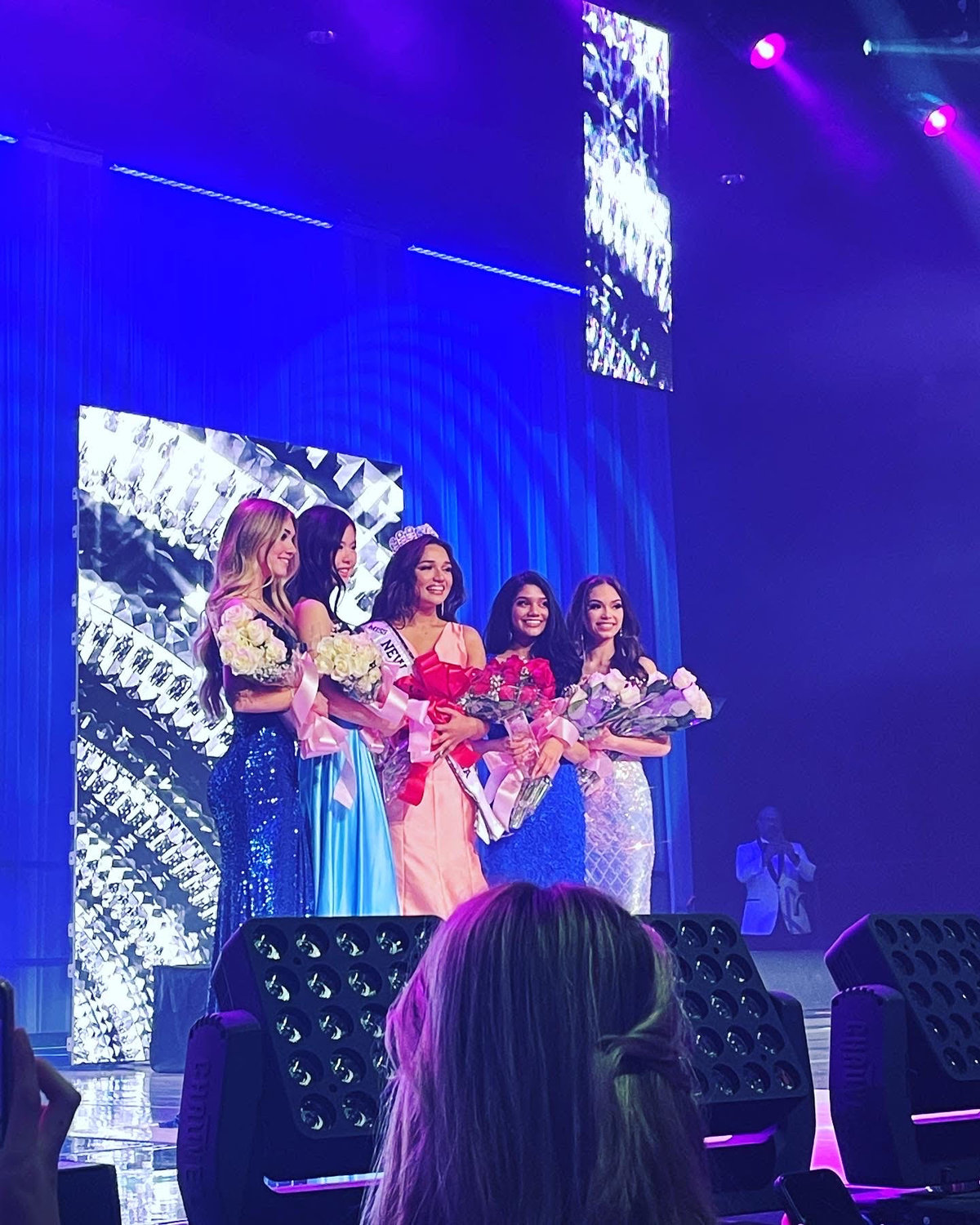 Valarie Goorahoo, 15, second from right stands on the grand finale stage with the winner, Mahdiya Chowdury, alongside her fellow competitors who were named as runner-ups.
Courtesy Christina Gulabchand 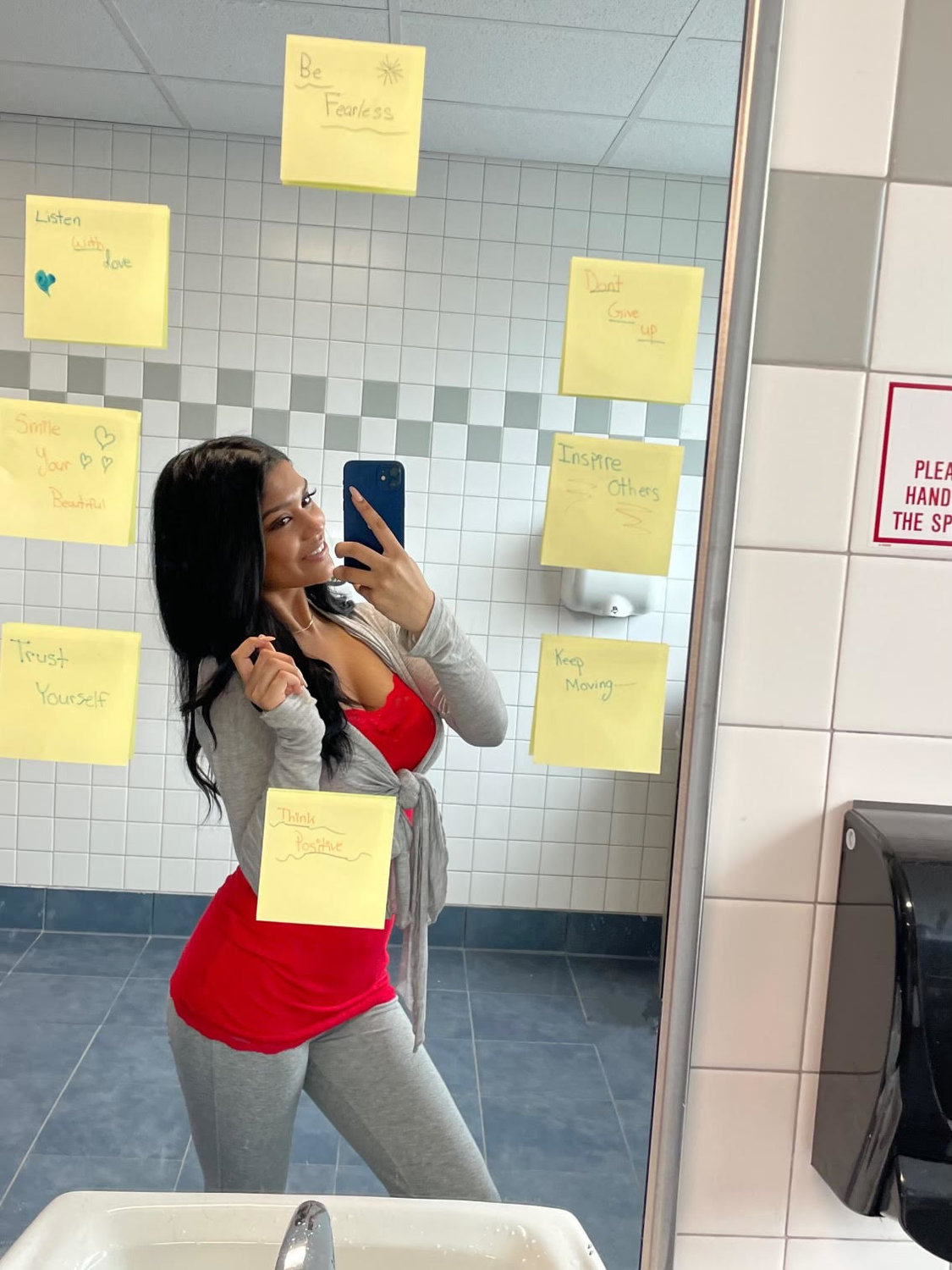 Following the lead of anti-bullying on Dosomething.org and as a victim of bullying, Valarie Goorahoo wrote positive messages on Post-It notes and placed them on the bathroom mirror of her school to help motivate others.
Courtesy Christina Gulabchand 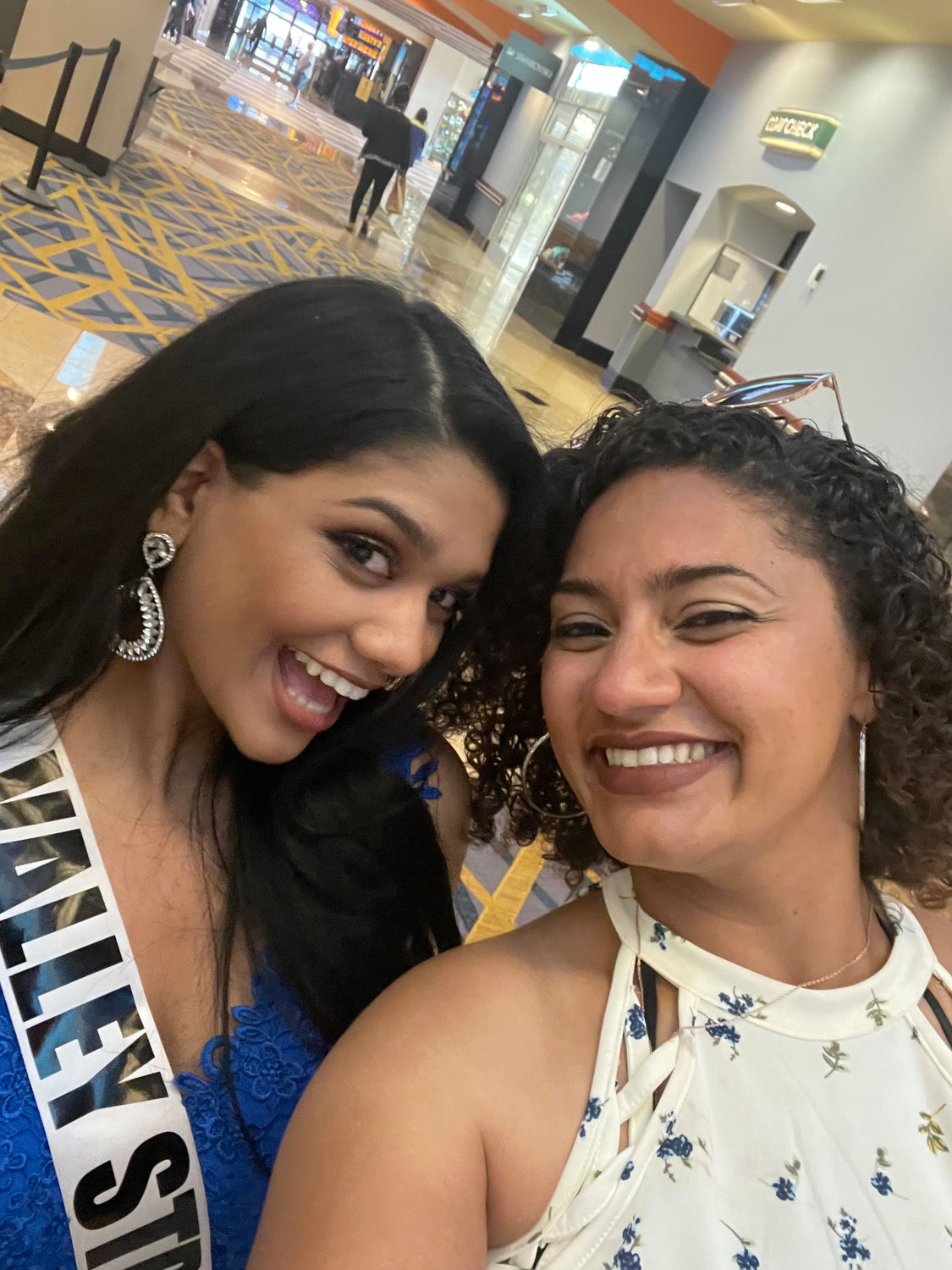 She may not have been able to take the crown this time around, but Valarie Goorahoo, representing Valley Stream, made a strong showing at the Miss New York Teen USA 2022 in Seneca Niagara Resort & Casino. She was named 2nd runner-up, holding her own among the 68 young ladies at this year’s competition on June 4.

Outgoing 2021 Miss New York Teen USA, Geanna Koulouris, crowned Mahdiya Chowdury at the end of the contest, where she will represent New York State at the upcoming Miss Teen USA 2022.

Goorahoo, 15, and her coach, Christina Gulabchand, are happy with the results. The duo worked at all hours to get her performance-ready for the competition.

“Every day, after school, my mind would be focused on pageant prep,” said Goorahoo. “This included perfecting and personalizing my walk for the stage, picking three different outfits to be judged on, and doing an interview and public speaking prep. I had to learn how to walk in 6-inch heels!”

Gulabchand said Goorahoo was able to wow the judges with her Bollywood dancing as part of her performance piece. “Since I was a child, my mother would play songs and videos of Bollywood and Hindi film music, and I loved it,” said Gooraho. “At 6 years old, I asked my mom to start dancing and I’ve never stopped. Dancing Bollywood has always been my passion!”

Beyond the dazzling glitter and glamor of her performance, the pageant contestant was also tasked to speak on a cause close to her heart. Goorahoo’s issue of choice was anti-bullying, something she knew all too well as a victim of bullying herself.

“Since I was in sixth grade, I’ve experienced name-calling, during and after school. I would get bullied online through social media. The further I went through middle school, the worst it got,” said Goorahoo. “The bullying really went to my head. It hurt to know that this is what the other kids in my school thought of me.”

She would come to channel her pain into her pageantry. “I don’t want other girls to feel hurt and upset over what other people say. I want to show them that they can be confidently beautiful.”

As part of the competition, Goorahoo chose the anti-bullying campaign from Dosomething.org, a youth-led leadership organization, to get inspired and said she found her idea of spreading positivity by placing post-it notes with uplifting messages in the girl’s bathroom of her school at VS Memorial Junior High School.

“It made me happy to know I was helping others feel good about themselves and be reminded of who they are.” said Goorahoo. But as an older adolescent, she continues to grapple with her own fair share of bullying struggles.

“The bullying is still constant at Memorial for boys and girls in my own grade. When I attend Central High School for my Performing Arts program, I still have girls that bother me and call me names,” said Goorahoo. “At the end of the day it still hurts, but I just walk with a smile on my face, because I know who I am.”