North H.S. rings in winter with a classic 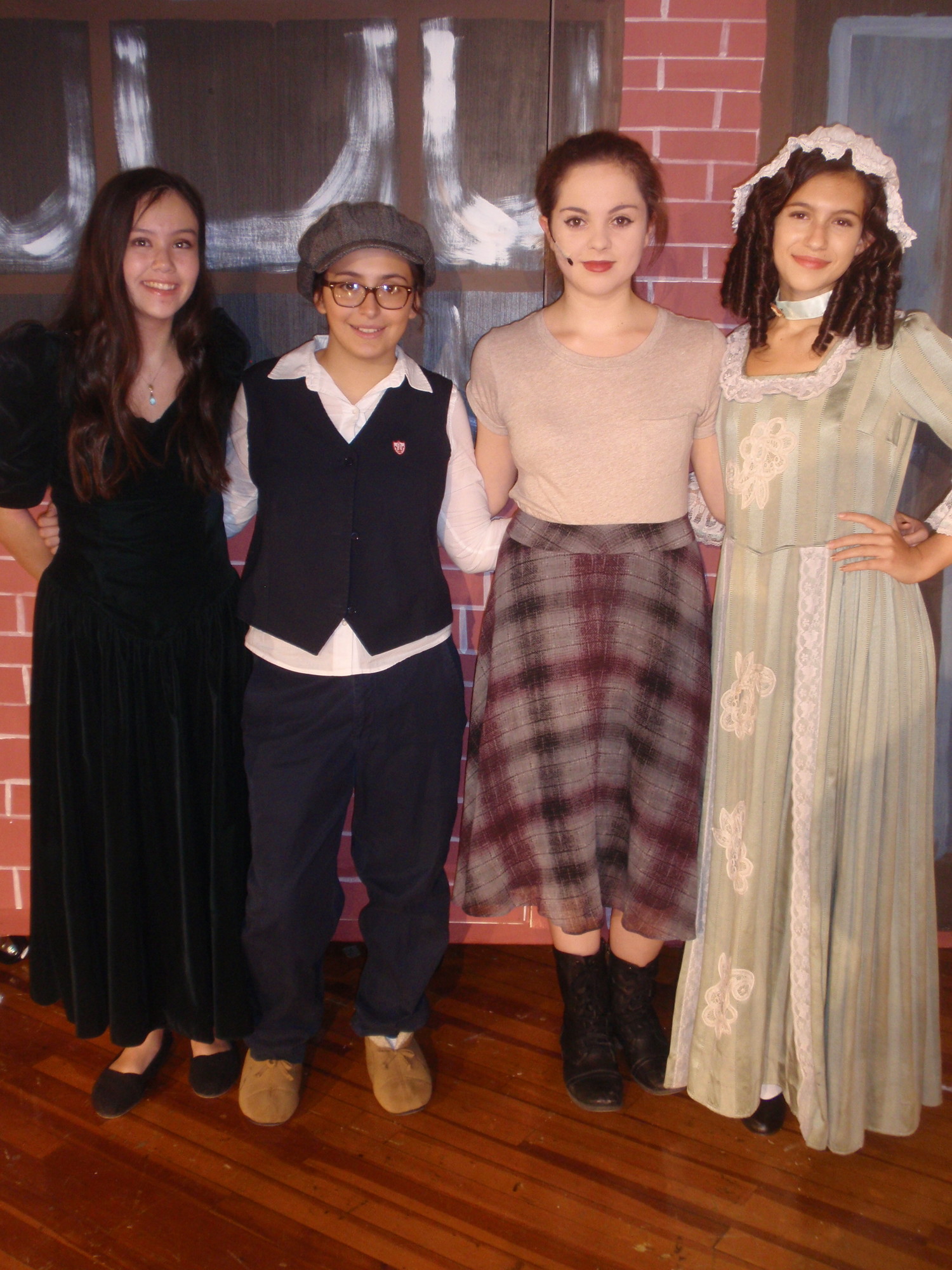 Why travel to Broadway when you can check out a show at North High School in Valley Stream? Under the direction of Anthony Montemarano, the drama club put on a show of epic proportions last month when they tackled the Charles Dickens classic, “A Christmas Carol.”

Students in the production told the Herald how the club has had a positive impact on their lives.

“Many people think that acting is simply memorization,” said Isabella Parisi, an eighth-grader who played Ebeneezer Scrooge’s sister. “Mr. Montemarano taught us that you must understand your lines so well that emotion is evident. Learning to elaborate helps you with public speaking skills. It has even helped with my reading and writing, and I think it will be helpful when it comes to college and job interviews. I know that it has made me more outgoing.”

Eighth-grader Isabel Chen played Lucy, and elicited much laughter from the audience. “The performing arts are such a great experience,” she said. “Working in theater allows all of us to be creative and express ourselves. Acting and music have made me who I am today.”

The production boasted detailed artistry from Kristen Gebhard’s art club and set design from Montemarano, complete with a working fireplace, a four-poster bed, and a Ghost of Christmas Future so creepy in its grandeur that it defied the rules of a school stage. The nightly six-hour rehearsals during the final week before opening taught the students how to be committed to a project, and showed them that pride in their work is important, they said.

“The show has helped with my confidence,” said Victoria Calabrese, an eighth-grader who played a young Scrooge. “I tried out thinking I wouldn’t make it, and I did! Hell Week with my friends was so much fun, and I was proud of what we made in the end.”

Eighth-grader Angelina Perrone remembered being a seventh-grader and being nervous as she acclimated after a move. “A new school is always challenging, but the friends and teachers I met through working on the shows have helped me adjust,” she said of working on last year’s “Legally Blonde,” and her latest role, as Belle in “A Christmas Carol.”

“Mr. Montemarano taught me to let out anything that’s bothering me through theater, and now I couldn’t be happier anywhere else than on a stage,” Perrone said.

The show was Montemarano’s thirteenth production at the school, after having great success with shows including “Beauty and the Beast” and “The Drowsy Chaperone.” He worked alongside producer Joseph Moniaci on this year’s show, and the students credit both for their positive experience.

“None of it would have been possible without all the time they gave us,” Chen said.

Next up is the spring musical, its title yet to be revealed.