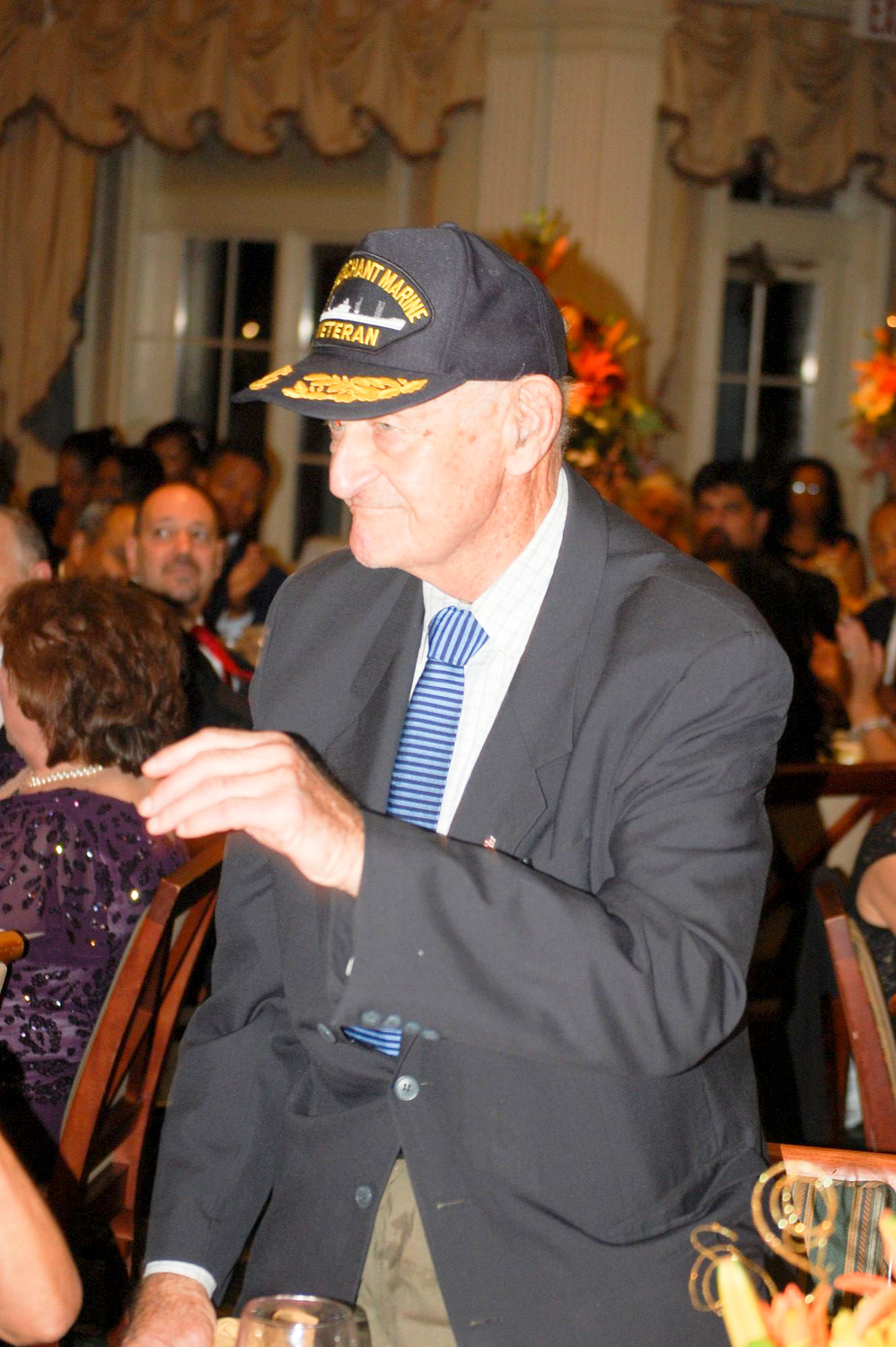 In a career that spanned more than 60 years, Robert Blakeman served as attorney for the Village of Valley Stream, state assemblyman and chairman of the Franklin Hospital board of trustees.
Andrew Hackmack/Herald
By Melissa Koenig and Timothy Denton

Robert “Bob” Blakeman, a prominent figure in local politics who was Valley Stream’s village attorney, a state assemblyman and the first president of Franklin Hospital, died at his Valley Stream home on April 21. He was 92.
Blakeman was born on Aug. 9, 1925, in New York City. He graduated from Long Beach High School, where he played baseball and was a member of the school band. At 17 he enlisted in the U.S. Merchant Marines, and he served in World War II. During his four years of service, he was assigned to gasoline tankers and traveled the world, providing troops with supplies.
At the war’s end, he received an honorable discharge and returned home to Long Island, where he earned an undergraduate degree from Hofstra University before going on to receive a law degree from New York University. He was admitted to the New York bar and began a career that spanned more than 60 years as an attorney in Valley Stream.
Blakeman served as Valley Stream’s attorney from 1955 to 1961, and then as a state assemblyman. As village attorney, he negotiated the purchase of land from New York state and New York City for what is now Arthur J. Hendrickson Park and the Valley Stream pool for the sum of “10 dollars and other good and valuable consideration.”
“He brought a lot of stability to the party,” Nassau County Republican Party Chairman Joseph Mondello said. “I was hoping young people would emulate him. He was conscientious, hard-working, a good father. He will be missed.”


Blakeman was also instrumental in founding the Henry Waldinger Memorial Library and in transforming Franklin Hospital, now Long Island Jewish Hospital Valley Stream, from a private doctors’ hospital into a nonprofit. Beginning in 1973, when he and his partners bought Franklin, he served as the hospital’s first president for more than 13 years.
“The hospital was a very grand adventure,” Blakeman was quoted as saying in “Look North,” Northwell Health’s in-house publication. “I met many good people through it.”
During his tenure, the hospital needed additional parking, so he negotiated with state and local governments to acquire a parking lot for the hospital. In the 1990s, he was instrumental in the sale of Franklin Hospital to North Shore Hospital System, saving hundreds of jobs and ensuring the continuation of a local hospital to serve surrounding communities. In honor of his philanthropy, leadership and community-mindedness, the street adjacent to the hospital was renamed Blakeman Drive, and the new parking field was named for him as well.
“Former Assemblyman Bob Blakeman was a pillar of the Valley Stream community,” Mayor Ed Fare said. “He left his mark on countless projects and improvements throughout the village. He was also a personal friend of mine whom I will dearly miss. He shared his wisdom with me at every opportunity, and I always appreciated his guidance.”
Blakeman was also a member of the California bar, and established a law office in Palm Springs in the mid-1970s. Throughout his adult life, he served on numerous local boards, charities and fraternal organizations, including the Nassau Lawyers Association of Long Island Inc., of which he was a past president and founding member. Among his peers, he was known as a “lawyer’s lawyer” and a gentleman.
In his free time, Blakeman was an avid car collector, and could be found at car shows across Long Island, polishing his 1932 Cadillac V-16 Fleetwood Brougham limousine. He was also a reader, and every day he made it a point to learn a new lesson.
Blakeman’s credo was, “A life devoted to family and service is a life complete.”
Even after he left public life, “he never missed a single meeting” of the county Republican Committee, Mondello said. “He was getting older, but he always maintained those ties. I wish I had a thousand more like him.”
“I often asked him for advice,” Fare remembered, “and he always started his answer with, “Well, you see … How much time do you have?’”
“On behalf of the entire Assembly, we extend our condolences to the Blakeman family,” Assemblywoman Michaelle Solages, a Democrat from Valley Stream, said. “We’re all extremely grateful for his years of service, both in the Assembly and as a veteran.”
He was predeceased by his wife of 40 years, Betty Ellen Blakeman. He is survived by a brother, Royal Blakeman; five children, Karen, Linda, Cathy, Bruce and Bradley; 11 grandchildren and 13 great-grandchildren.
A private service will be held at Pinelawn National Cemetery, after which family and friends will have a party with Dixieland tunes. In lieu of flowers, the family asked that donations be made to Long Island Jewish Valley Stream Hospital and the International Cancer Advocacy Network.
Report an inappropriate comment