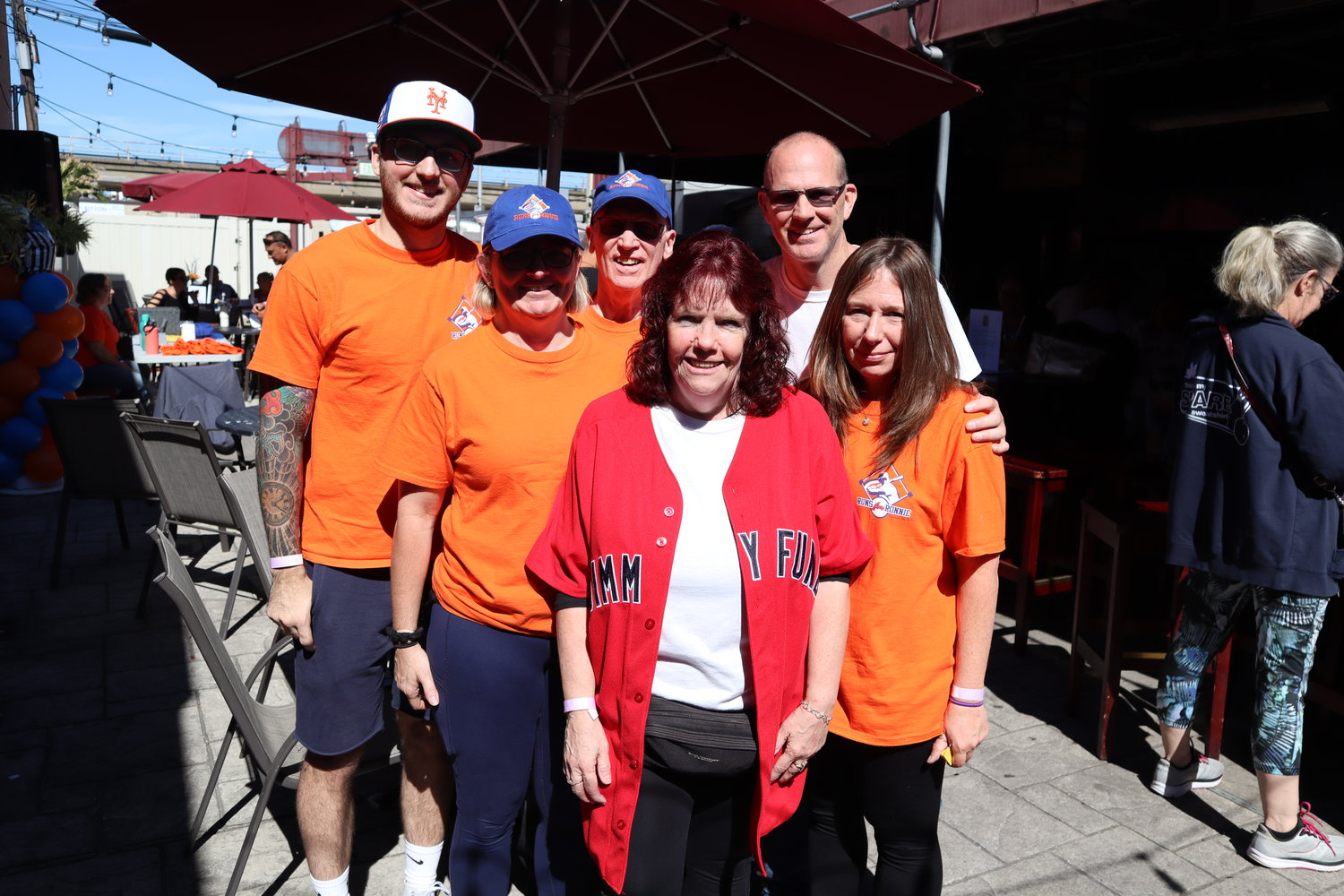 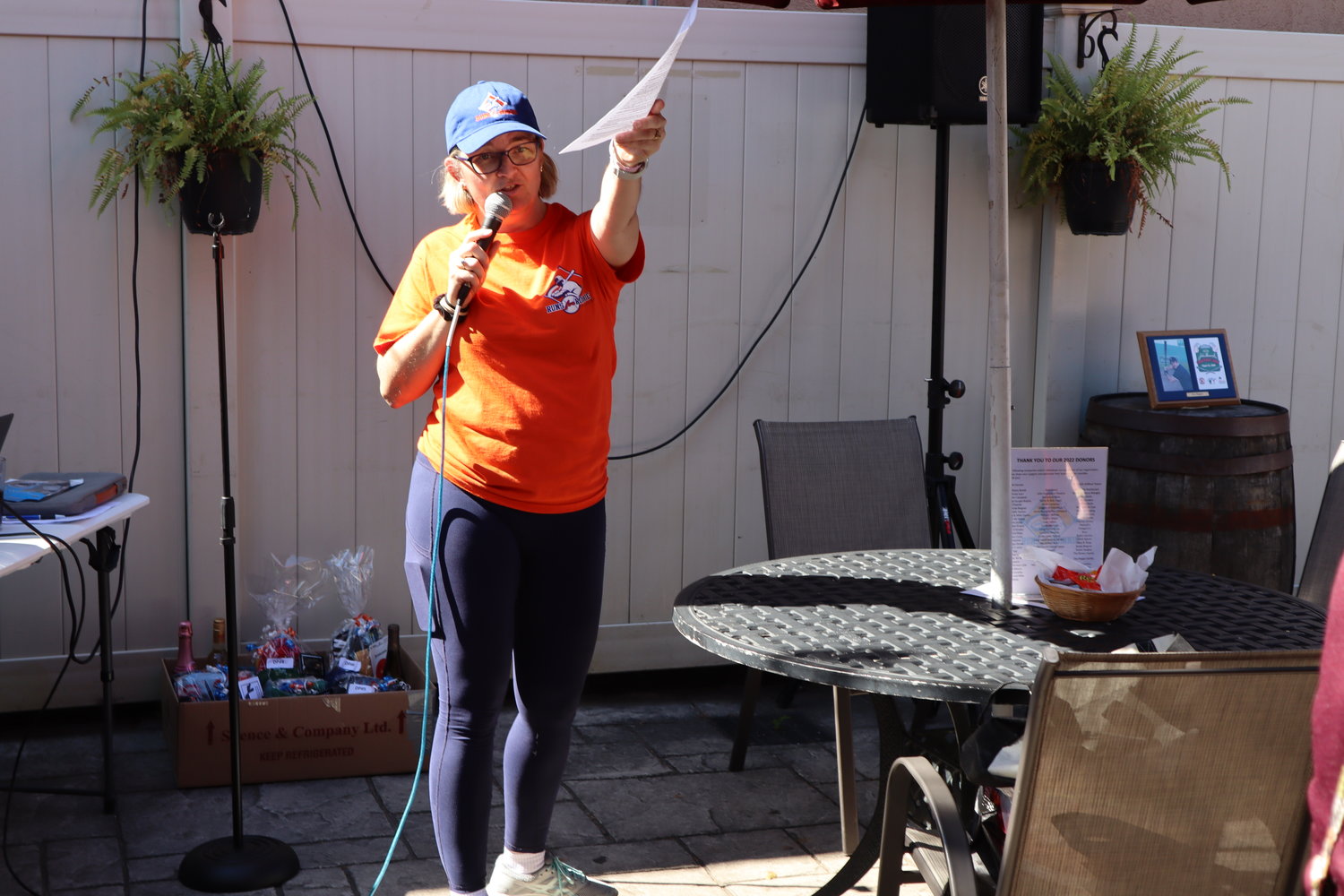 Madeline Lazzara gives a speech before playing a video presentation on the Runs for Ronnie campaign.
Daniel Offner/Herald 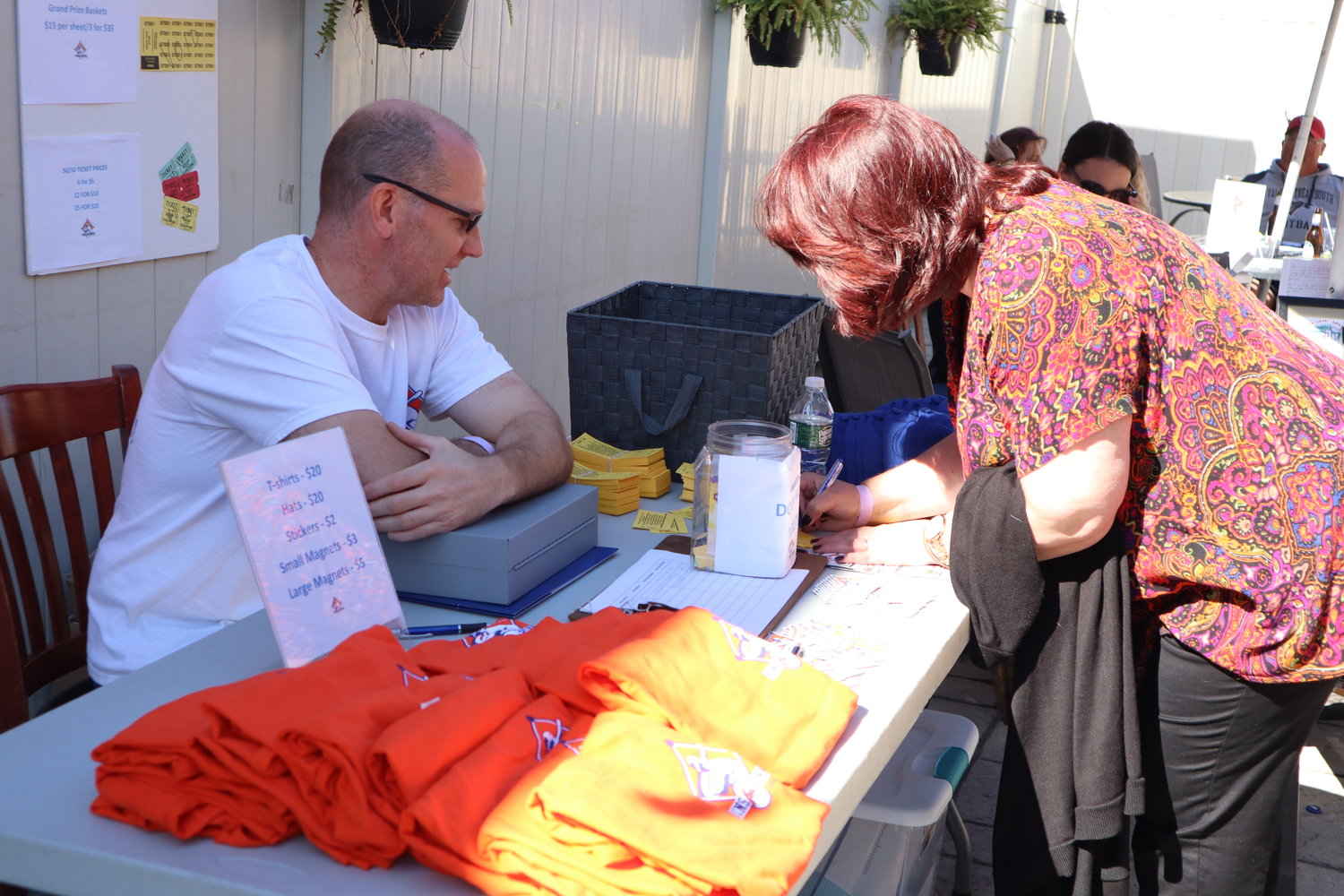 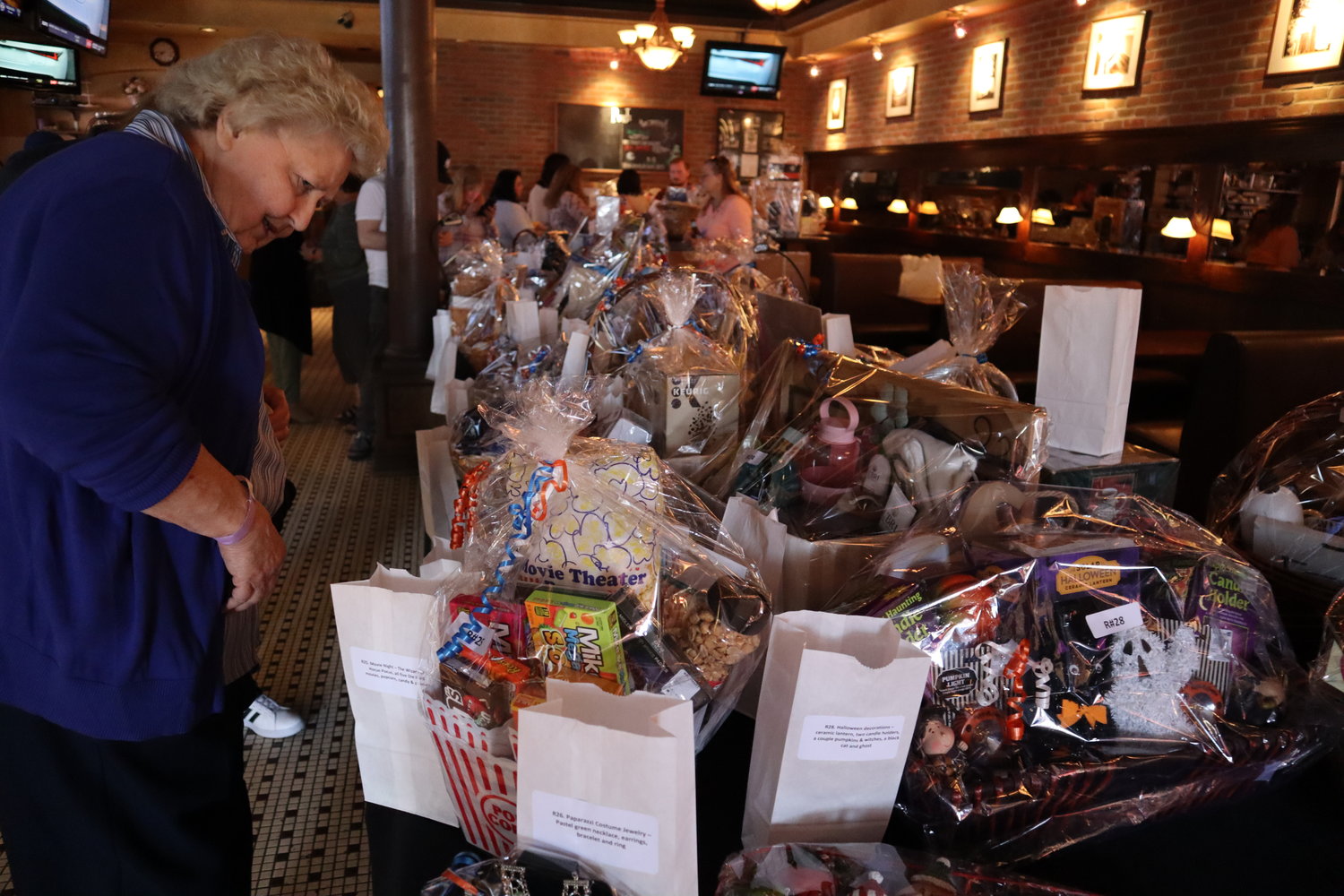 Some of the raffle prizes available at this year's Runs for Ronnie charity event.
Daniel Offner/Herald
Previous Next
By Daniel Offner

Runs for Ronnie hosted its annual fundraiser to help raise money for cancer research at R.J. Daniel’s in Rockville Centre over the weekend.

The charity event was started eight years ago in memory of Ronnie Biegner, a Valley Stream resident and lifelong Mets fan, who’s greatest joy in life was helping kids.

Biegner, sadly died of renal cancer in 2011. In his memory, his friends and family gather together each year to raise money for two of his favorite charities.

An avid fan of America’s pastime, he would try and attend Fantasy Day at Fenway to help raise money for The Jimmy Fund and the Dana Farber Cancer Institute—two organizations that together have saved millions of lives by providing funding for adult and pediatric cancer care and research.

Those who helped meet their goal were then given the opportunity to hit and field baseballs at the historic Boston ballpark, where he managed to hit one over the legendary “Green Monster.”

It was his passion for baseball and his philanthropic desire to give back to children that inspired his sister, Madeline Lazzara, and younger brother, George Biegner, to continue to help raise money for these charities in his memory.

“We felt that the kids were going to miss out because he wasn’t going to Fantasy Day and raising money for them,” George said. “So that’s when we decided to do what we’re doing.”

His only request, after being diagnosed with cancer of the kidney in 2010, was that he didn’t want to die in a hospital.

“He didn’t want anybody to come over and help him. He didn’t expect anything from anybody,” Lazzara said. “Even when he went through treatment. He never complained even one day.”

Since he lived alone, he wasn’t able to stay at his own home, and instead, chose to stay at his sister’s house to live out his final days, making sure that his family was there to take care of him when he was ill.

“It totally amazes me how Ronnie continues to help others even though he’s not here,” Lazzara said. “I’d like to recognize the many people who have helped make this day possible. Whether they sold raffles, solicited donations, made cash or item donations, wrapped baskets, collected soda tabs, or helped to set up and break down [the event.] Every little bit helps.”

In the last year alone, the Runs for Ronnie campaign managed to raise $10,000 for cancer research, which Lazzara said was split among 36 different donations which were sent in honor of loved ones whose family’s help support the cause each and every year.

Unfortunately, due to restrictions caused by the Covid-19 pandemic, the Biegner family was not able to attend Fantasy Day at Fenway this year.

Instead, however, they managed to collect enough donations in order to help sponsor a patient to participate.

“Even though we couldn’t go, we still felt we should donate,” Lazzara said.

This year, the fundraiser helped raise $12,000 for charity, which Lazzara said was the most that they have ever raised in a single afternoon.

All of the funding raised goes to help the Jimmy Fund, a Boston-based charity that has helps raise millions of dollars in the fight against cancer through similar community-based fundraising events and programs, all of which go to benefit the Dana Farber Cancer Institute.

In addition to hosting an annual fundraiser to benefit these two major foundations, Runs for Ronnie has also given back to the community by helping raise money for more local organizations including Mercy Hospital and the Ronald McDonald House charity.

To learn more about the Runs for Ronnie organization and fundraising campaign, visit their website at Runs4Ronnie.org.