Ten years of music at Buckley’s 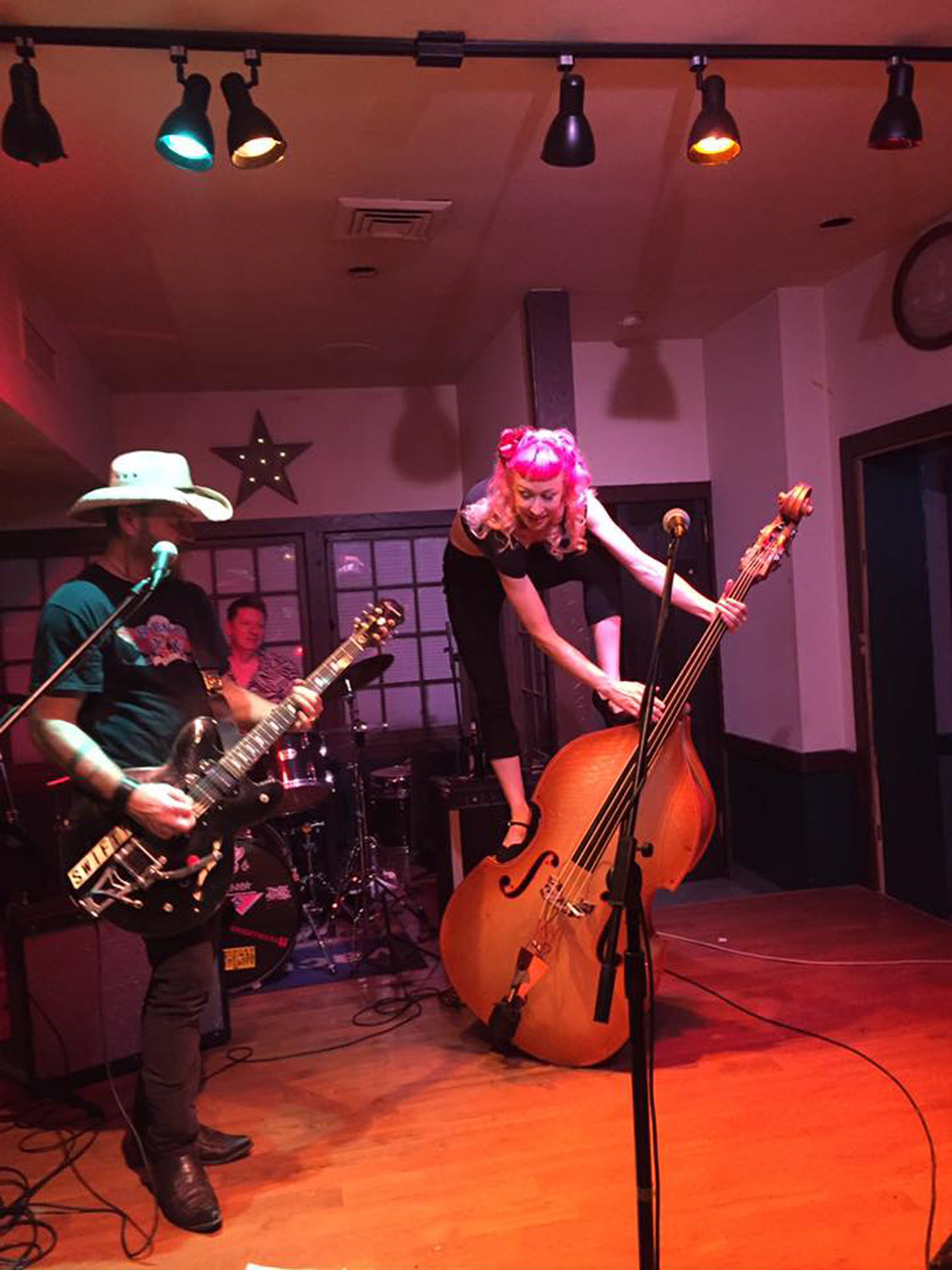 Little Lesley and the Bloodshots were one of hundreds of performers that have graced the stage at Buckley’s.
Courtesy Brian Donnelly 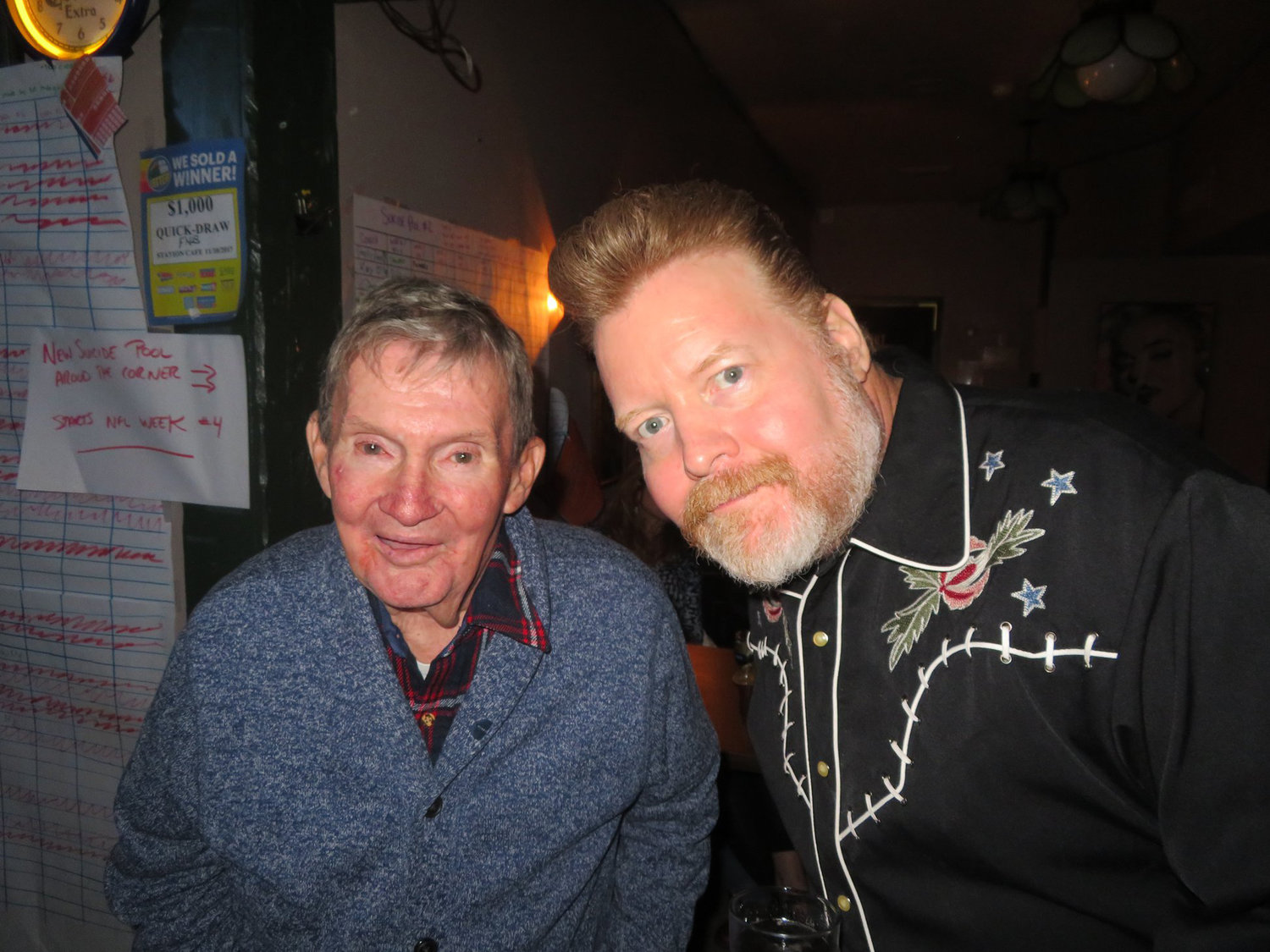 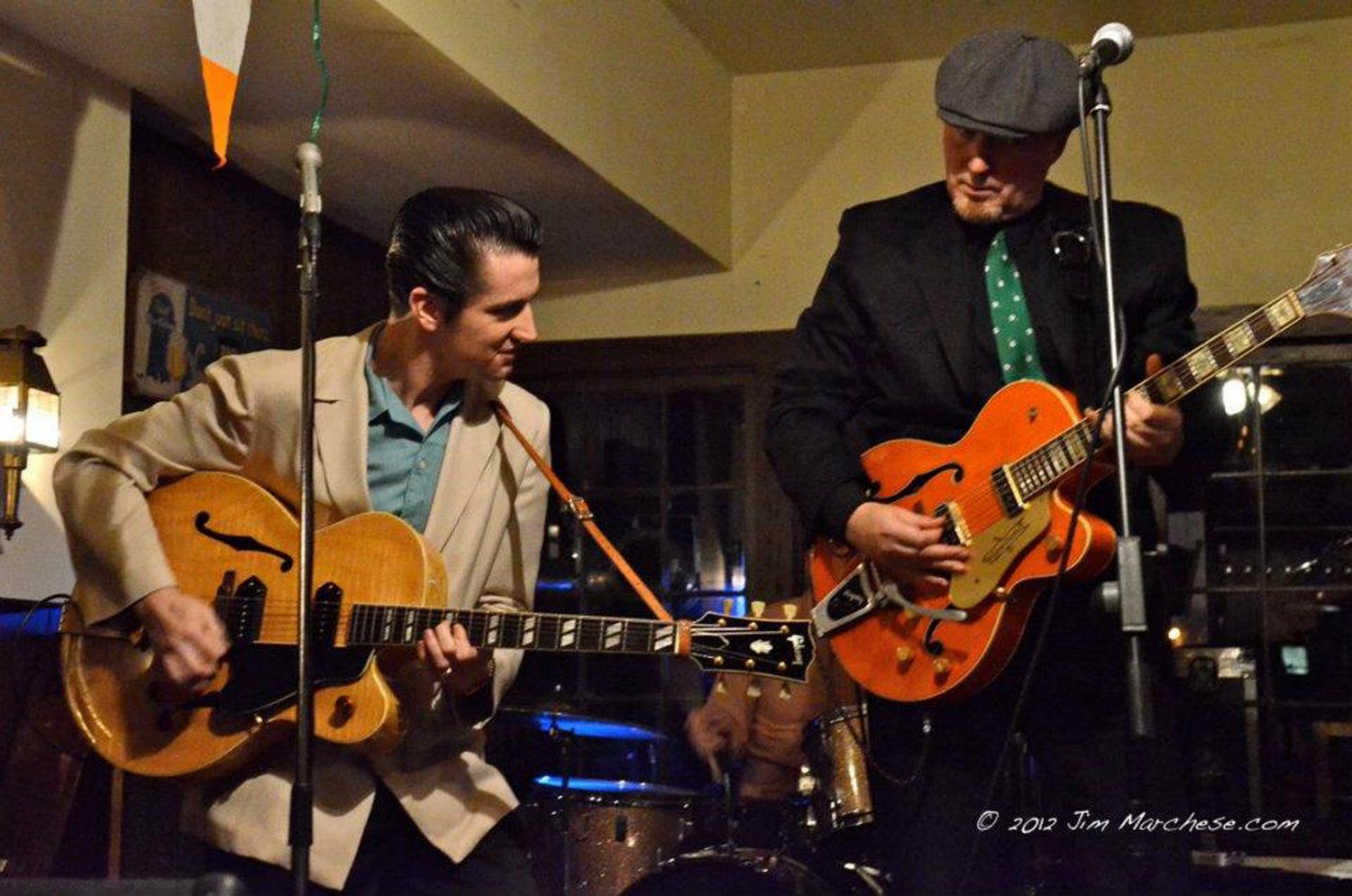 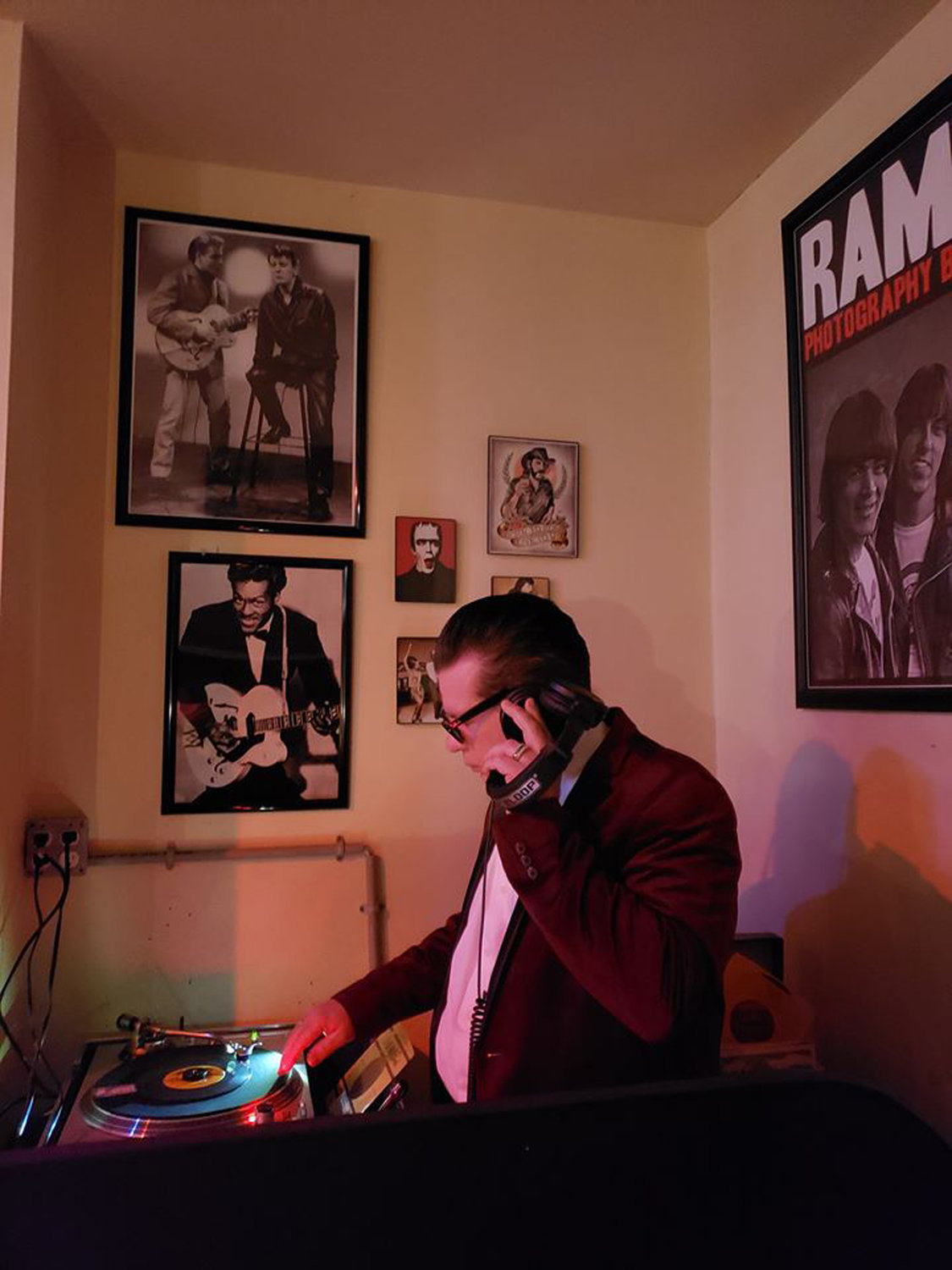 DJ Rockin’ Daddy-O is one of many DJs who contribute to the scene at the bar.
Courtesy Brian Donnelly 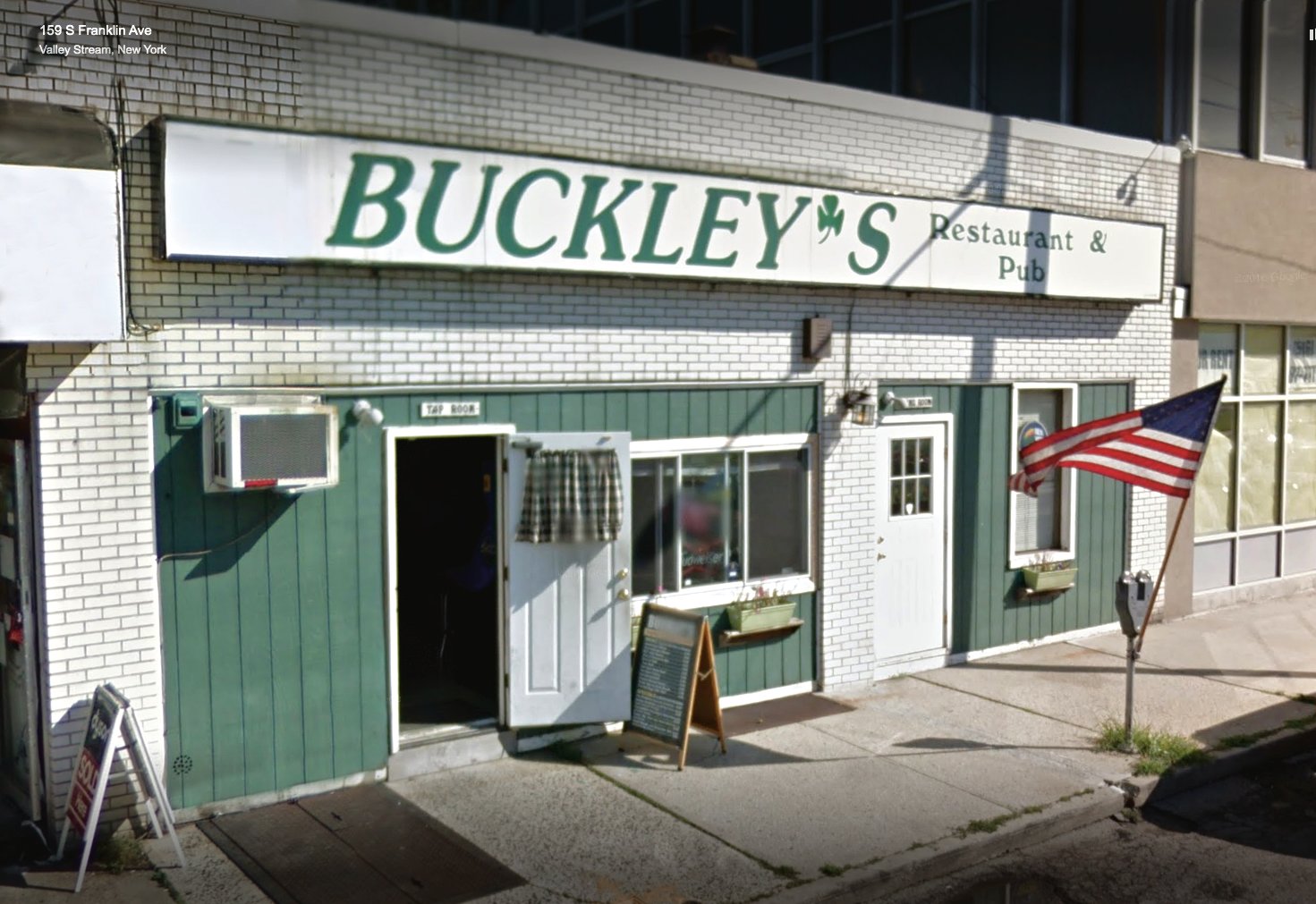 Buckley’s Restaurant and Pub has been a part of the Valley Stream community since 1969.
Courtesy Brian Donnelly
Previous Next
By Nicole Alcindor

When North High School alumnus and Sip This employee Nicholas Sossi Romano, 20, walked into Buckley’s Restaurant and Pub in Valley Stream on Dec. 28 and prepared to perform with his band, SLMBR, for the first time at the venue, he had no idea what to expect.

“It was so exciting, and I felt the raw energy,” Romano said, describing his 2-year-old band’s sound as a combination of indie, pop rock, alternative, garage rock and dream pop. “My favorite part about performing is when I can see people excited by our music, and it’s amazing to see when people get that sense of discovery when they hear our music.”

SLMBR is one of dozens of up-and-coming local bands that have played sets at Buckley’s over the past decade.

“It was really cool to perform at Buckley’s, and it was nice to see such a large crowd and people who love music,” SLMBR bassist John Africano, 20, said. “It was an honor to share my music with friends at a place that has been built up by history and others before us.”

Buckley’s has been a part of the Valley Stream community for 50 years, founded by Ed Buckley in August 1969. At the time, much like today, passersby, commuters from the Long Island Rail Road station across the street or regulars could wander into the dimly lit bar and sit down for food and drink.

More recently, however, Buckley’s has transformed from just a bar into a popular music venue. Over the years, hundreds of Valley Stream’s up-and-coming performers and other bands have graced the stage in the dining room and filled the space with their music.

The idea of featuring live music at Buckley’s started with Brian Donnelly, its music promoter and a longtime employee. After rock ’n’ roll singer and longtime Valley Stream resident Freddy Frogs died of a heart attack in March 2009, Donnelly wanted to have a memorial music show to honor Frogs’s life. He proposed the idea to Buckley, and with his permission built a stage in honor of Frogs and named it the Freddy Frogs Memorial Bandstand at Buckley’s. After that inaugural show, live music became a staple at the bar.

“Buckley’s has been a go-to place for so many individuals over the years to celebrate holidays, birthdays, family gatherings and various luncheons and events, as well as just a place to go to enjoy a relaxing cocktail,” Donnelly said. “Buckley’s regularly features live performances by some very well-known rockabilly, honky-tonk and western swing musicians from all over the United States and abroad.”

Buckley’s has featured performances from Wayne Hancock, known as the King of Juke Joint Swing, who traveled from Austin, Texas, to perform. A Nashville, Tenn.-based rockabilly combo, Hillbilly Casino, included Buckley’s on its 2016 tour. Little Lesley and the Bloodshots, from South Carolina, book a gig at Buckley’s at least once a year, Donnelly said. California guitarist Deke Dickerson was the star of a 2017 guitar festival at Buckley’s, alongside guitarist Arlen Roth, with a surprise guest performance by Sean Mencher.

International performers at Buckley’s include the Go Getters, from Sweden, and guitarist Brien McVernon, from Australia. Dibbs Preston of the neo-rockabilly combo the Rockats, originally from England, has also performed there several times, along with other band members.

Buckley’s has provided employment opportunities to Valley Stream residents, especially high school- and college-aged people who worked as dishwashers, busboys, waiters and waitresses, according to Sharon Daly, a former waitress who organized a St. Patrick’s Day celebration in honor of the bar’s 50 years in business in 2019. Perhaps Buckley’s most famous employee was Valley Stream’s own award-winning actor, Steve Buscemi, who was a busboy in the 1970s.

“It’s an utterly remarkable accomplishment that for over 50 years, Ed Buckley has been in business in Valley Stream as the proprietor of Buckley’s,” Donnelly said. “Buckley’s has been a go-to place for so many individuals over the years to celebrate holidays, birthdays, family gatherings and various luncheons and events, as well as just a place to go to enjoy a relaxing cocktail.”

Musicians interested in booking a gig  can drop off a CD at the bar with a note addressed to Donnelly, or email him at bdonnelly9@verizon.net, and he invites independent music promoters of rock ’n’ roll, rockabilly, country, blues, jazz, punk, garage rock, surf rock, ska and reggae to get in touch.

Correction: A previous version of this story mispelled the name of musician Nicholas Sossi Romano. We apologize for the  error.