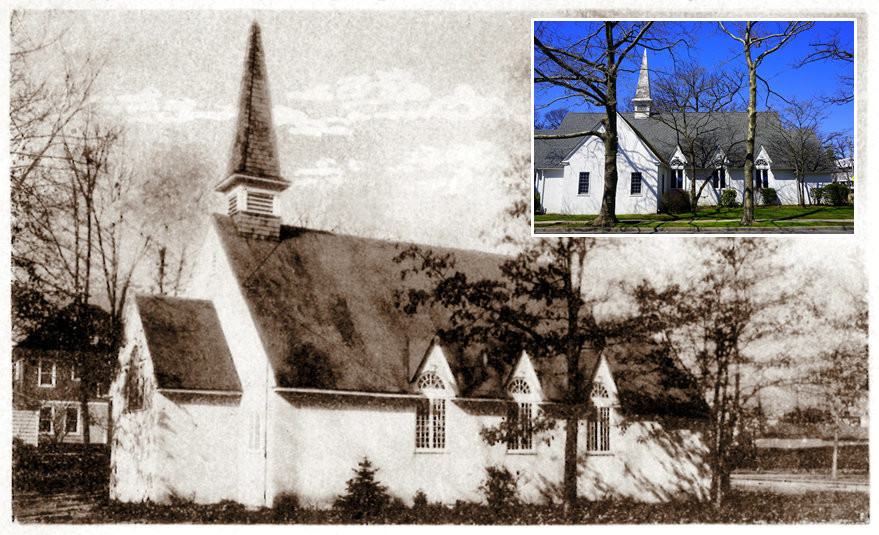 Holy Trinity Episcopal Church may not be the oldest congregation in Valley Stream, but it wins the prize for being the oldest religious structure in our village.

Before 1920, Episcopal parishioners who lived in Valley Stream had to travel to Trinity-St. John’s Church in Hewlett. Communicants, with the help of their first rector, Rev. Arthur L. Bumpus, decided that they needed a more convenient place to worship. The half-dozen or so original members – which included Mayor Fare’s maternal and paternal grandparents – first met in each other’s homes and then at the Corona Avenue firehouse (another “oldest in its category” building). In 1923, Trinity Chapel opened its doors, followed a couple of years later by a parish house and vicarage. The congregation officially separated from Trinity-St. John’s in 1945 and became Holy Trinity Episcopal Church. In the early 1950s, two neighborhood houses were purchased – one for a school the other for a rectory (replacing the earlier vicarage). In 1960, the school house was torn down and replaced with a new 2-story brick building.

The church, although humble-looking and described in a 1940 wedding announcement in Newsday as “quaint in old-world charm,” is quite beautiful. Three gables on the entrance of the building represent the Trinity: the Father, Son, and Holy Spirit. In 1954, when the church was enlarged, a choir area and chapel were added as transepts, creating a cruciform, a feature often found in Christian-inspired architecture. All of the vintage fanlights that cap the church windows, as well as a few brilliantly-hued and intricately designed stained glass works of art have endured – reflecting light and grace into this Valley Stream treasure.