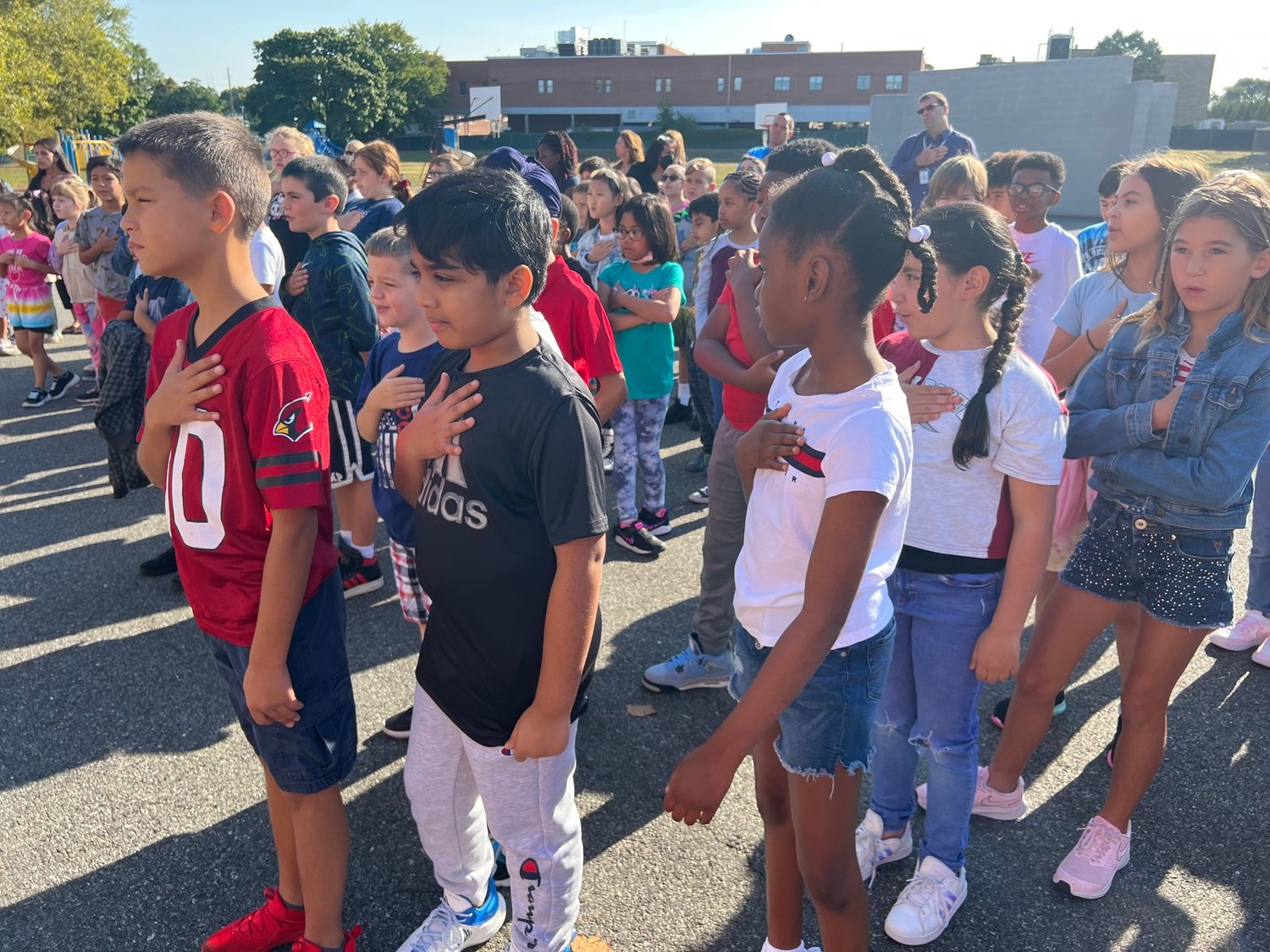 James A. Dever Elementary School students sung the national anthem and recited poems on the meaning of heroism seen throughout the country during the September 11 terrorist attacks.
Courtesy Valley Stream District 13
By Juan Lasso

To mark the twenty-first anniversary of the Sept. 11 terrorist attacks, Valley Stream District 13 students wore red, white, and blue as a tribute to the first responders who died in the rescue efforts during the day’s attacks and from 9/11 health-related complications years later.

Wheeler Avenue Elementary School students read ”Fireboat” by Maira Kalman, an inspiring true story of John J. Harvey, a fireboat after the eponymous marine fireman. After a distinguished career, the boat was retired in 1994 but was famously reinstated on September 11, 2001. Students discussed the themes of the book including the qualities of a hero and reflected on their own everyday heroes.

Willow Road Elementary School was awash in patriotic colors. Students participated in various activities including hosting a snack food drive to benefit the INN in Hempstead during the week of  September 12.

Howell Road Elementary School had a brief ceremony during their morning announcements during which students recited poems and spoke about what service means to them. A moment of silence was held.

James A. Dever Elementary School participated in an outdoor poetry assembly. Students sang the national anthem and as the students recited poems, everyone reflected on the heroism and sorrow of the tragedy that transpired more than two decades ago.