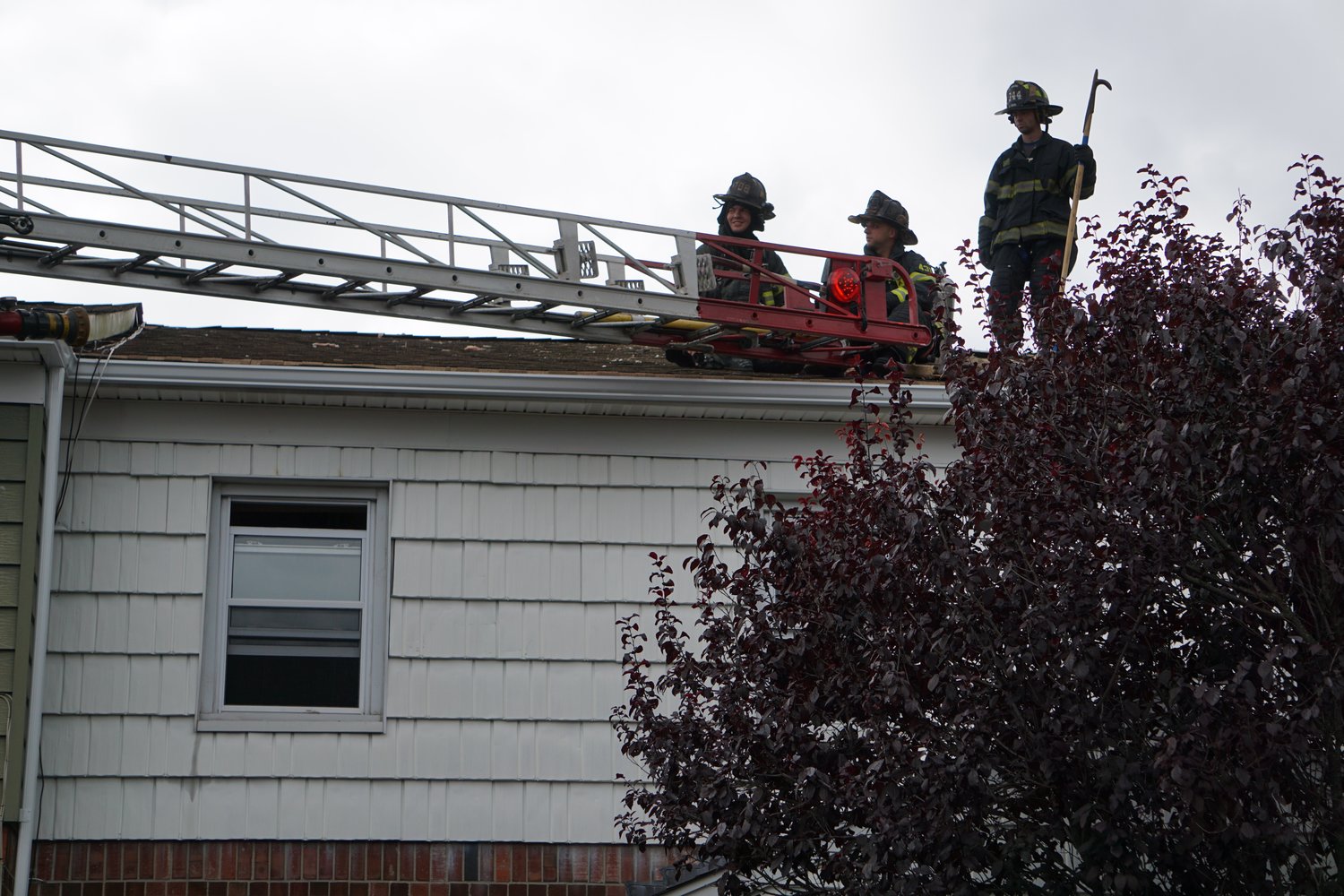 Firefighters rested after extinguishing a four-alarm fire at a condominium complex on North Corona and Hendrickson avenues.
Nicole Alcindor/Herald
By Peter Belfiore and Nicole Alcindor

A four-alarm fire at a condominium complex near the intersection North Corona and Hendrickson avenues tore through four units and displaced seven people, according to Red Cross and Valley Stream Fire Department officials. There were no reported injuries.

The blaze reportedly started at around 10:20 a.m. and spread from a wooden fence to the roof of the complex. The cause is currently under investigation, Valley Stream Fire Chief Jason Croak said.

Neighbors and bystanders recounted the panic as they noticed the fire. Because of its severity, multiple departments descended on the scene to extinguish the flames.

“I saw the fire in the backyard,” said neighbor Rosita Dessources. “I saw smoke, and I was frightened so I evacuated.”

Raymond Silver, a contractor working at the building complex said he tried to find a hose to put out the fire once he realized what was happening, but was unable to help.

“It spreads so fast,” he said and expressed worry that the people living there might lose their homes “… That’s their castle, where they come to rest. Their roof was brand new too.”