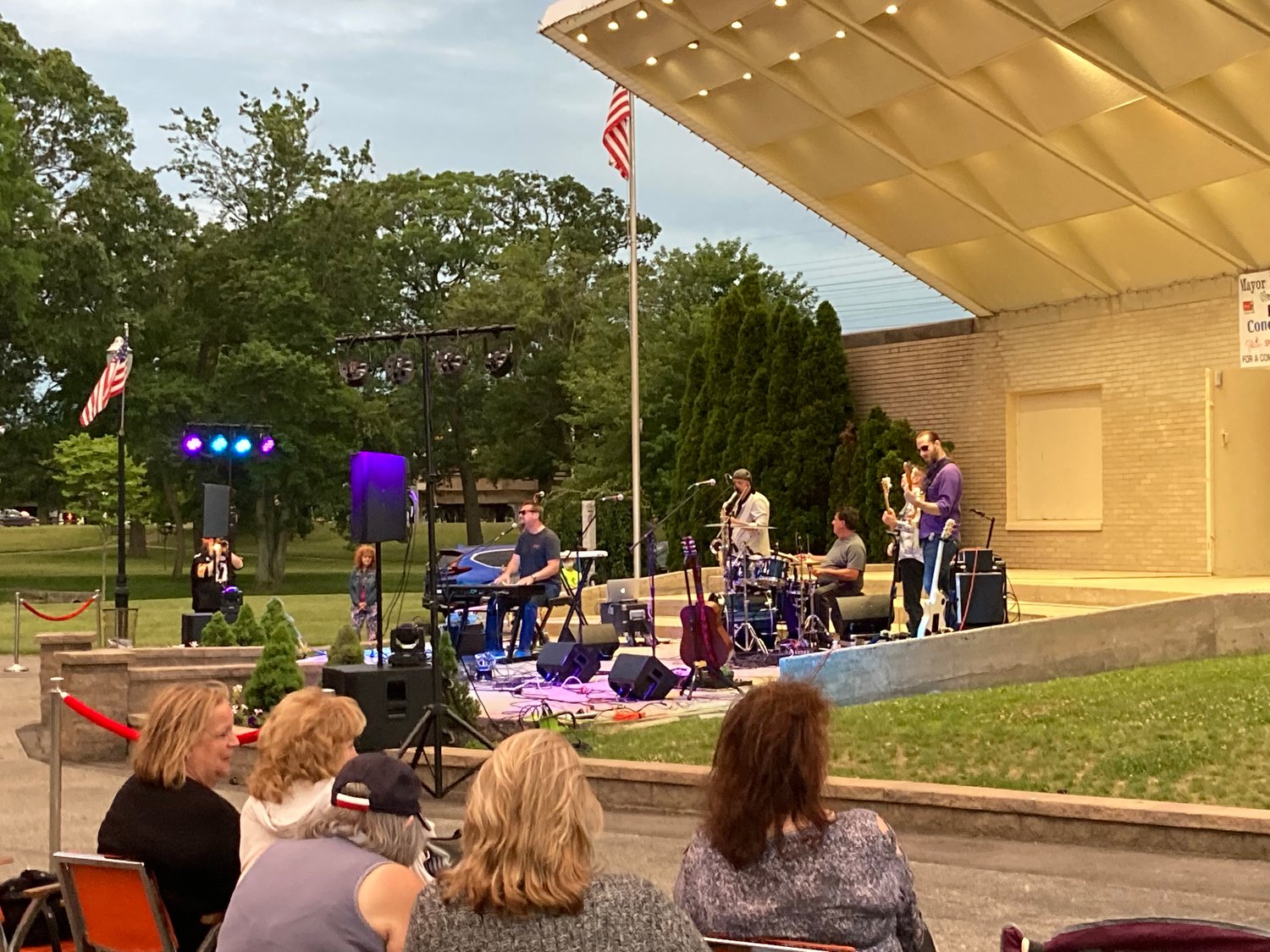 Valley Stream’s long-held tradition of summer concerts at the village bandshell kicked off last Friday with Billy Joel tribute band, Captain Jack. Playing a mix of the Long Island legend’s hits such as “Uptown Girl,” “Piano Man,” “New York State of Mind,” “It’s Still Rock and Roll to Me,” and “Big Shot,” to an audience of about 800, the band got concert-goers clapping, dancing and singing along for nearly two hours.

“I think it’s nice to see people enjoying themselves finally,” Maria Ottomanelli said of the liveliness in the audience.

After the challenges everyone faced over the past year, concert-goers commented that they were grateful to be attending the event and returning to normal.

“After the way this year has been, I’m just really happy to be out here. Just to see everyone and to get to see our friends,” Valley Stream resident, Michelle Young, remarked.

Young added that it was obvious that people were ready to get out after the restrictions had been lifted, noting the size of the audience and the energy of the night.

Jimmy Fitanzo, the village’s recreation director, said that the village decided to start the concert series a few weeks early this year in light of the difficulties everyone faced due to the pandemic over the last year. The village also added two more concerts to the lineup for a total of 13 this season. The concerts at the bandshell will run through the summer into the beginning of September.

“We figured with the tough year everybody had, we wanted to see if we could start a little earlier . . . and give the residents a little more,” Fitanzo explained.

The cover band featured Christian Macchio on piano and lead vocals, Sal Locascio on guitar, Adam Seely on saxophone, Will Shelley on bass, and Sal DiMarco on drums. Having played at the village’s summer concert series several times before, many of the audience members looked forward to welcoming the band back.

“People love live music. It raises their spirits,” Macchio said about playing to the village. “A beautiful night tonight with the weather, you get outside. . . it was a great crowd, great energy, we love coming back to Valley Stream every year. They always treat us so good — it’s always a good show.”