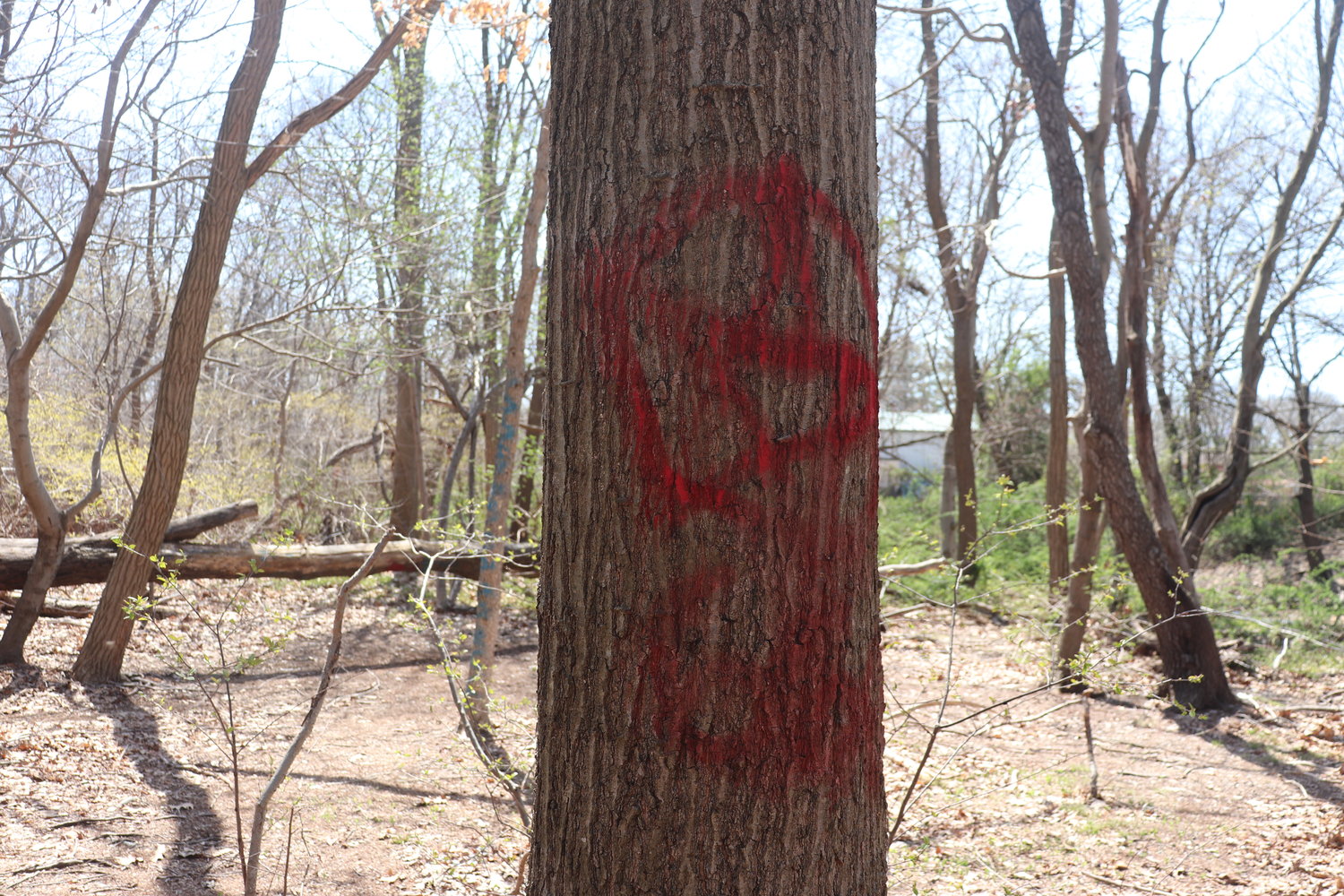 What appeared to be a Pagan or Satanic symbol on a tree.
Maria Cestero/ Herald

Forest City Community Park, in Wantagh, was sullied on April 14 by red and black graffiti in the form of swastikas and pentagrams.

Scheduling a prompt press conference, Town of Hempstead officials and council members addressed the public at 11:45 a.m. to condemn the hate symbols that were spray-painted on the trees in the town park on the eve of Passover. A number of swastikas were painted on the bark of multiple trees. One of the drawings included a pentagram, which Town Supervisor Don Clavin described as a “Satanic symbol.”

Although the pentagram is not always of malicious origin, representing the five elements in Wiccan practice, it has often been appropriated as an evil or Satanic symbol. Drawn in close proximity to swastikas, whose meaning is only too widely known, the symbol looked less than appealing to passersby.

The graffiti was reported by a concerned resident on the night of April 13, and a report was filed with the Nassau County Police Department shortly afterward. Responding quickly, the Town Board directed park employees to remove the markings.

Town officials said the park’s public safety officers believed the incident occurred late on April 12. Clavin said there would be further investigating of the vandalism. “We can hope to God they can catch a glimpse of somebody … and they can hold these culprits responsible for this heinous act,” he said. “I can’t even believe we’re standing here talking about it.”

Clavin was flanked by Town Councilman Anthony D’Esposito, who demonstrated how the graffiti was to be removed by park employees. A power drill with a wire wheel would scrub the graffiti off the trees, and tree wound care would be applied to the bark to help them heal.

“As a former NYPD detective, I know that graffiti can oftentimes be representative of past and future crimes against people or groups,” D’Esposito said in a statement. “I am disgusted that someone would carry out such an anti-semitic act against the Jewish community as tens of thousands of our residents prepare to celebrate Passover.”

Councilman Dennis Dunne also attended the press conference at the park. “As a proud United States Marine, my personal mission has always been to defend my fellow man,” Dunne said, “and I am proud to join with my colleagues to stand up for our Jewish neighbors in the face of this offensive act.”

In response to the incident, the Town Board directed the Parks and Public Safety departments to enhance patrols and undertake additional checkups and inspections of equipment at parks facilities.