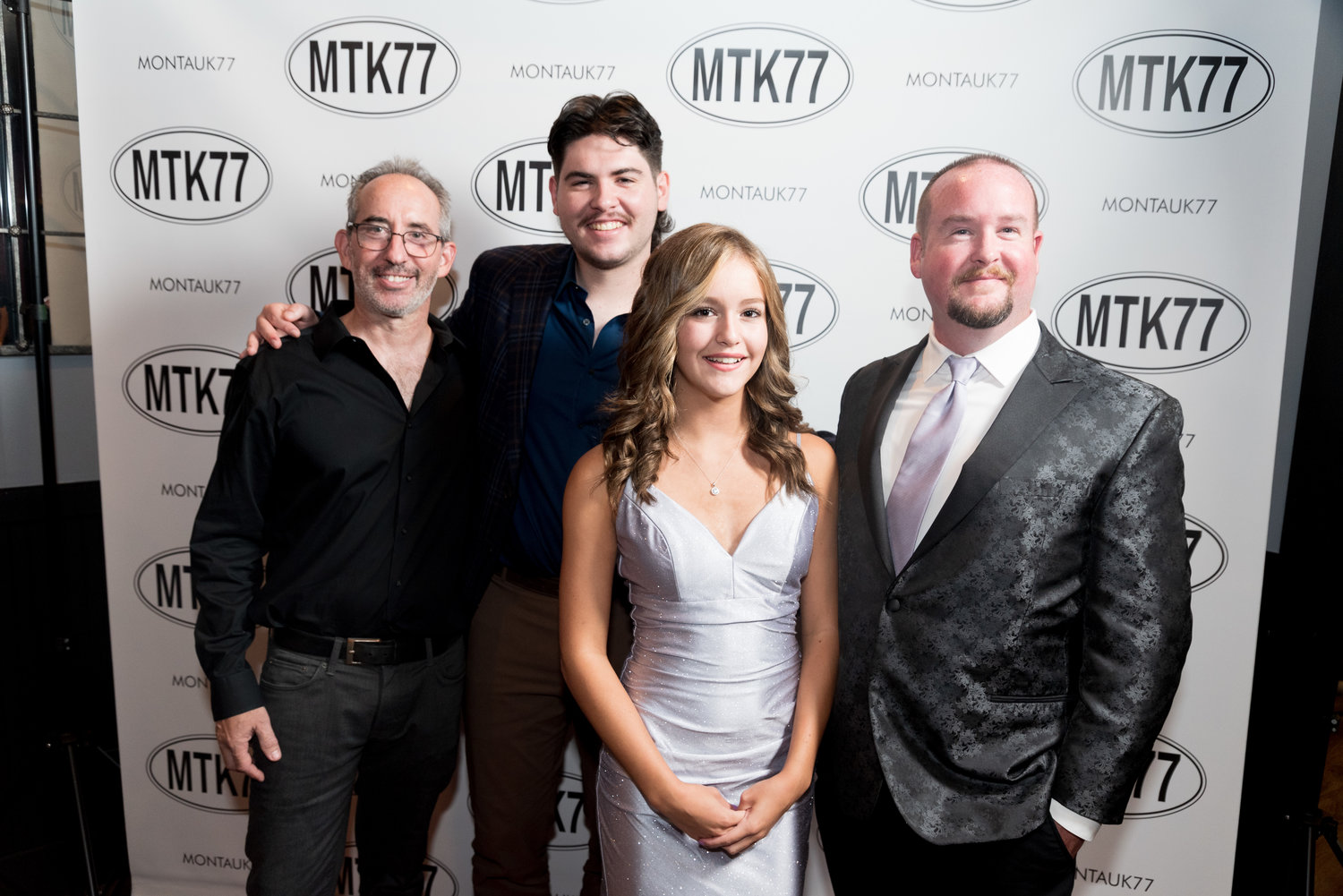 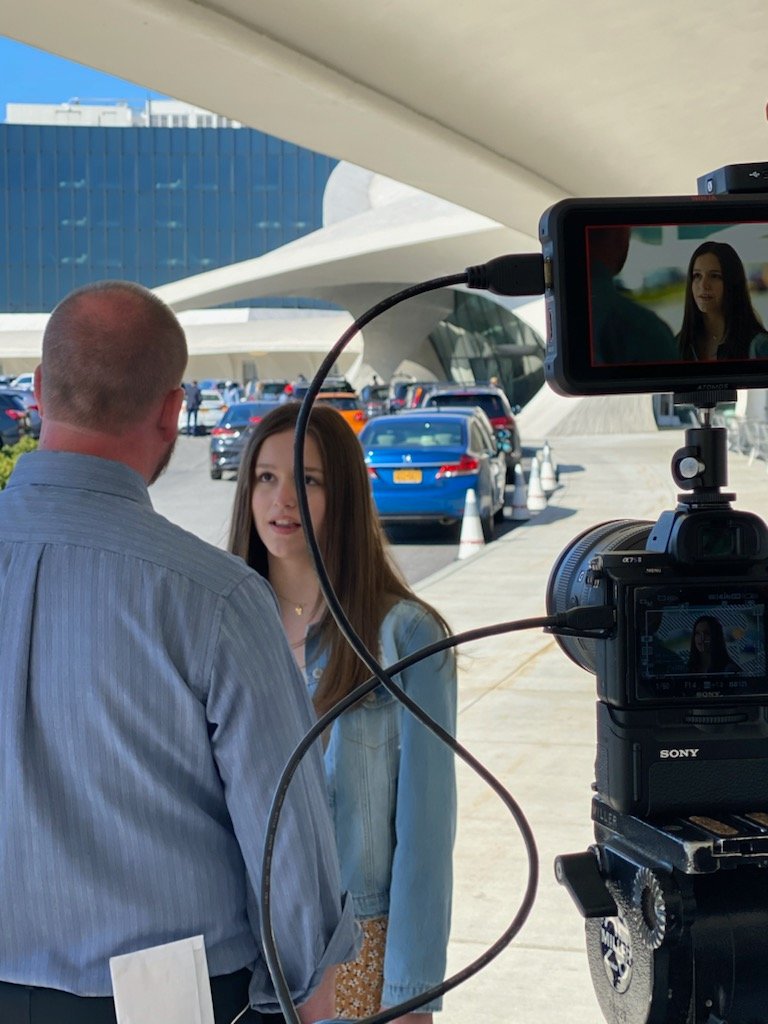 Michayla Scully in a scene at John F. Kennedy Airport, on of the film's many locations in and around Long Island.
Courtesy of Michael Scully
Previous Next
By Michael Malaszczyk

Michael Scully, a Levittown native, refused to give up his dream of becoming a film writer and director, and now his many years of hard work are finally paying off.

Scully, 42, was born in Levittown, briefly was moved to California when he was very young, but came back at age 3. He attended Catholic school, first going to Our Lady of Mercy Elementary School in Hicksville before attending Chaminade High School.

His wife, Deena, is also from Levittown, growing up 15 blocks from Michael, although the two didn’t meet in school since he had attended Catholic school.

After high school, Scully got his associates degree from Nassau Community College, before attending Binghamton University to get his film degree.

The pair collaborated on a number of small projects through the years, mostly family occasions like weddings and bar mitzvahs. But it was Scully’s dream to make a feature length film.

“Fast forward to 2019,” Scully said. “At this point, I’ve basically given up on this dream. My daughter, Michayla, who was 12 at the time, comes up to me and says, ‘Why haven’t you done that yet? I always see you writing stuff; when is your full movie coming?’”

“There comes a time whenyou look at your kids and think, ‘What kind of example am I setting?’ That’s when I decided to go for it,” he said.

Montauk77, a mixture of crime, drama and comedy, is the story of a rideshare driver named Harry, who takes a 15-year-old girl, Liz, to Montauk to scatter her mother’s ashes. The film takes multiple twists and turns when Harry and Liz discover they have a personal connection neither knew about, form a bond and decide to rob a bank in order to both start fresh financially.

The film is scheduled to be released on Aug. 30.

In the film Scully plays Harry, and his daughter, Michayla, who is now 15, takes on the role of Liz. Scully’s son, Dean, also appears in the film.

On the production side, Scully would only consider Kornfeld, his longtime friend. They also employed Gavin Williams, who served as the co-cinematographer.

Kornfeld said he felt that making the movie was personal, since his father, Marty, died in 2019, and his ashes were scattered in Montauk.

“Michael was very close to my father,” Kornfeld said. “He wrote this script before he passed. But when the movie was done, Michael dedicated it to my father. That was very special and made me glad to have given this movie my all.”

Kornfeld added that there was something beautiful about how Scully and his family worked on the film, adding that “it is rare to see this type of camaraderie between teenagers and their parents. Michael’s wife and kids were completely dedicated to helping his dream come true.”

Montauk77 faced a number of roadblocks before filming even began. According to Scully, a fundraiser had been scheduled for Levittown Hall in May of 2020, but was pushed back to August due to the pandemic and then eventually cancelled altogether.

The budget was also an issue, until Scully’s friend and former Binghamton roommate joined as executive producer, bringing the budget to about $30,000. They also had a difficult time finding a bank that would agree for them to shoot a bank robbery scene, until the Ocean Financial Federal Credit Union in Seaford agreed to help them.

Montauk77 filmed for 14 days across 23 different locations in and around Long Island, including JFK Airport, Levittown, Seaford, Jones Beach and Montauk.

“We even filmed at Adventureland, the first night they were open after shutting down because of the pandemic,” Scully said.

Montauk77 has already been shown to audiences in various premieres all over Long Island and will be available on a number of streaming services, including iTunes and Amazon Prime.

For Michael Scully, this is a lifelong dream finally realized. “I can finally die a happy man,” he said, with a laugh. “My main goal was to teach my children how to follow their dreams, whatever that is. Just because I wasn’t the Steven Spielberg of Long Island by age 30 doesn’t mean I can’t still achieve my dreams. For them to see me do this means that they too can do whatever they want.”

Scully said he plans on making another feature length film, and hopes to have Kornfeld and Williams involved with that one, too.