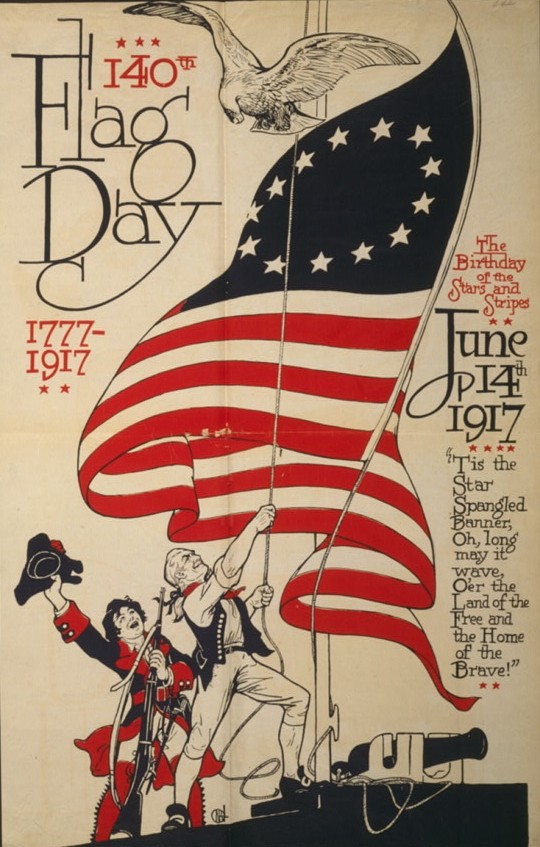 It was President Woodrow Wilson who first proclaimed June 14, Flag Day. The date was chosen to commemorate the anniversary of the of the flag’s adoption by the Second Continental Congress in 1777.

Flag Day was made a national holiday in 1946 by an act of Congress, but it is not a federal holiday. In 1942, President Franklin D. Roosevelt rebranded Flag Day as United Flag Day, or United Nations Day. The purpose was to celebrate solidarity among the Allied Forces during World War II.

There had been informal celebrations recognized by school boards and other groups across the county before it became a national holiday. One of the first groups was the Betsy Ross House in Philadelphia, which first held a Flag Day celebration in 1891.

When the flag, nicknamed “Old Glory,” was originally adopted in 1777 the colors of red, white and blue had no official meaning. Throughout the nation’s history people have attributed the colors to different values, but Charles Thomson, secretary of the Continental Congress, explained the significance of the colors to Congress when he then presented the newly adopted Great Seal in 1782. “The colors,” Thomson said, “are those used in the flag of the United States of America. White signifies purity and innocence. Red, hardiness & valor, and blue … signifies vigilance, perseverance & justice.”

On June 14, 2017, President Donald Trump proclaimed the week of Flag Day to be National Flag Week and urged Americans to fly the flag for the entire week.