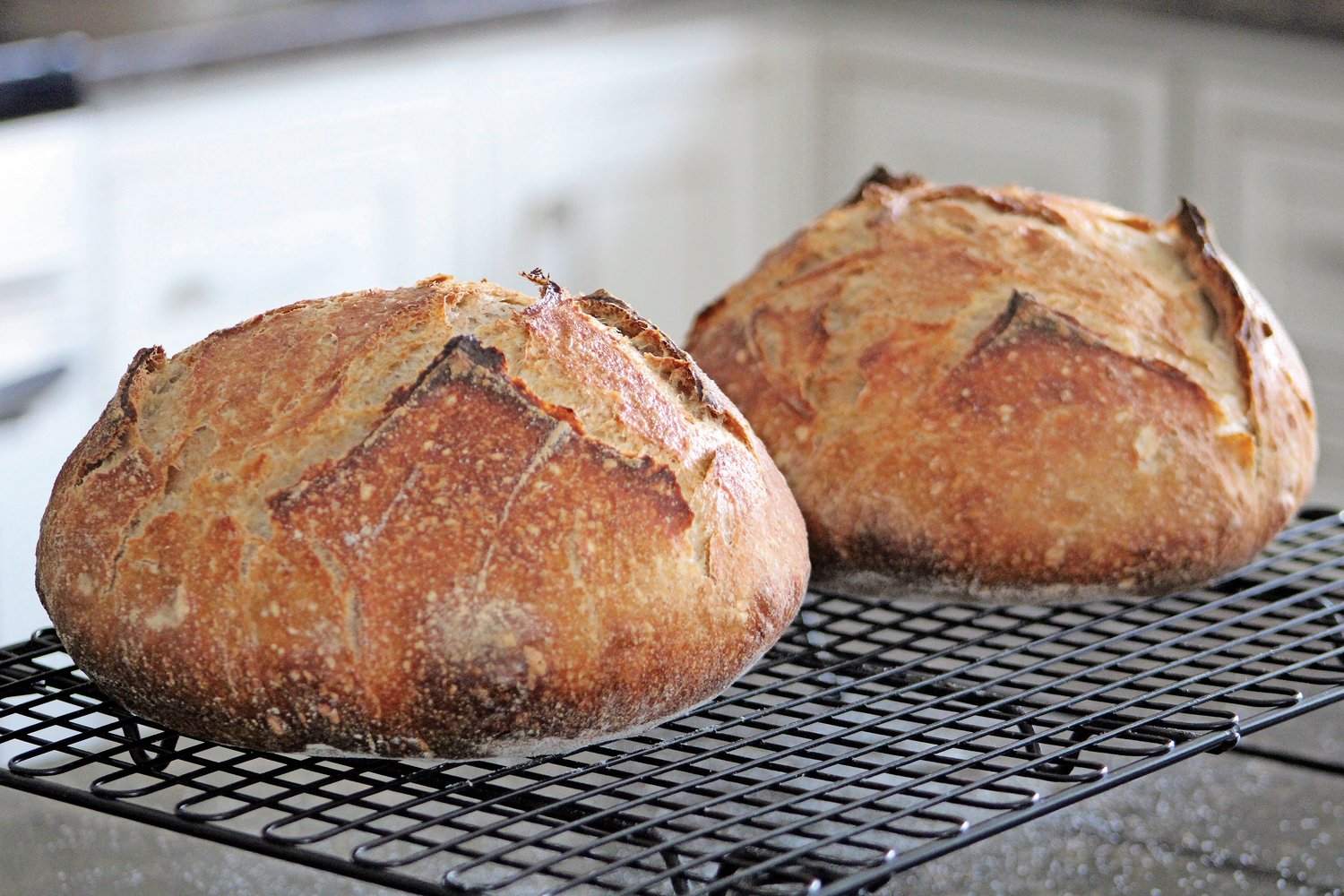 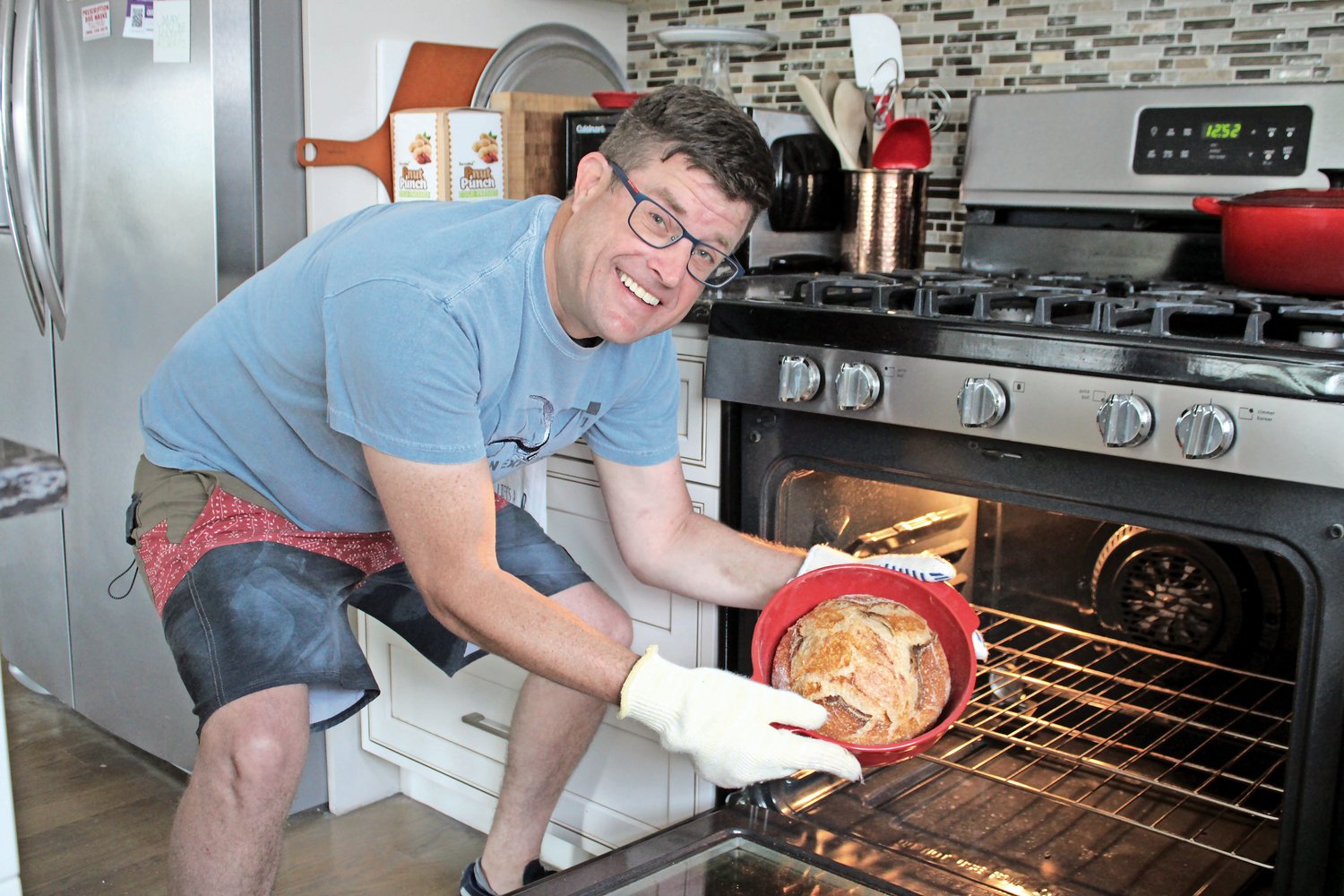 Sourdough bread baking is an activity that may go down in history as the biggest “quarantine hobby” that emerged during the Covid-19 pandemic.

As the number of Americans who stayed inside their homes increased, so did baking research. In late March 2020, Google searches for the word “bread” spiked well above the national average, according to Google Trends.

The 46-year-old moved from Queens to Long Beach with his partner in May 2020 after he lost his corporate job of 16 years due to the pandemic.

A self-proclaimed “bread-lover,” Knobler says he regularly picked up fresh loaves from Phoenix Bakehouse, a bakery in Astoria, and when he moved to LB, he yearned for the satisfying crunch that Phoenix’s breads provided.

“The owner, Sarah, makes the most amazing sourdough bread out of her apartment,” Knobler says. “She has a mailing list and she sent around a list of what she’s baking each week….I just really missed her bread.”

Inspired by Phoenix, Knobler in November 2020 created his own sourdough starter and tried to bake the perfect loaf in his convection oven inside his Long Beach apartment.

“There was a lot of trial-and-error,” Knobler recalls.

After several attempts, Knobler gifted his homemade sourdough breads to family and friends, who recommended he start selling it to neighbors. Shortly after, he gained his certification, and his apartment became a licensed home bakery.

Knobler, who has a background in marketing, says he then created the Instagram account @scottssourdough to post images of his tasty treats. After Knobler shared an image of his baked goods on a local Facebook community page, he recalls, it sold immediately. From there,  the business took off.

“I have a lot of returning customers, and there are people who are expecting it now on a weekly basis,” he explains.

As of mid-June, Knobler had garnered over 1,000 Instagram followers. On average, he bakes roughly 20-25 loaves each week for his customers across Long Beach and the Barrier Island. (He delivers bread to these areas for free, but customers are ordering from outside the area as well.)

Knobler recently started selling his breads at the Long Beach Farmer’s Market at Kennedy Plaza on Wednesdays and Saturdays.

While the classic sourdough is a top-seller, Knobler has also baked cinnamon raisin bread (with a sourdough base), Irish soda bread, focaccia and more. He tries to spice up his offerings weekly by incorporating different ingredients to improve nutrition and flavor, including using einkorn wheat flour, which is considered gluten-sensitive, a good option for individuals with Celiac disease.

“I love to share it with friends who visit,” Rutter said. “I tell them, ‘this ain’t Wonder Bread. Trust me.’”

The best way to enjoy the crusty creation? Rutter suggests to buy a loaf of Knobler’s special Irish soda bread, slice it extra-thick, dip it in a milk-and-egg mixture, and pan-fry it for a perfect French toast. No matter how one enjoys it however, Scott’s Sourdough continues to exceed expectations.

“You would think that after the pandemic, no one in their right mind would eat sourdough bread ever again,” Rutter says. “But this is transcendent.”