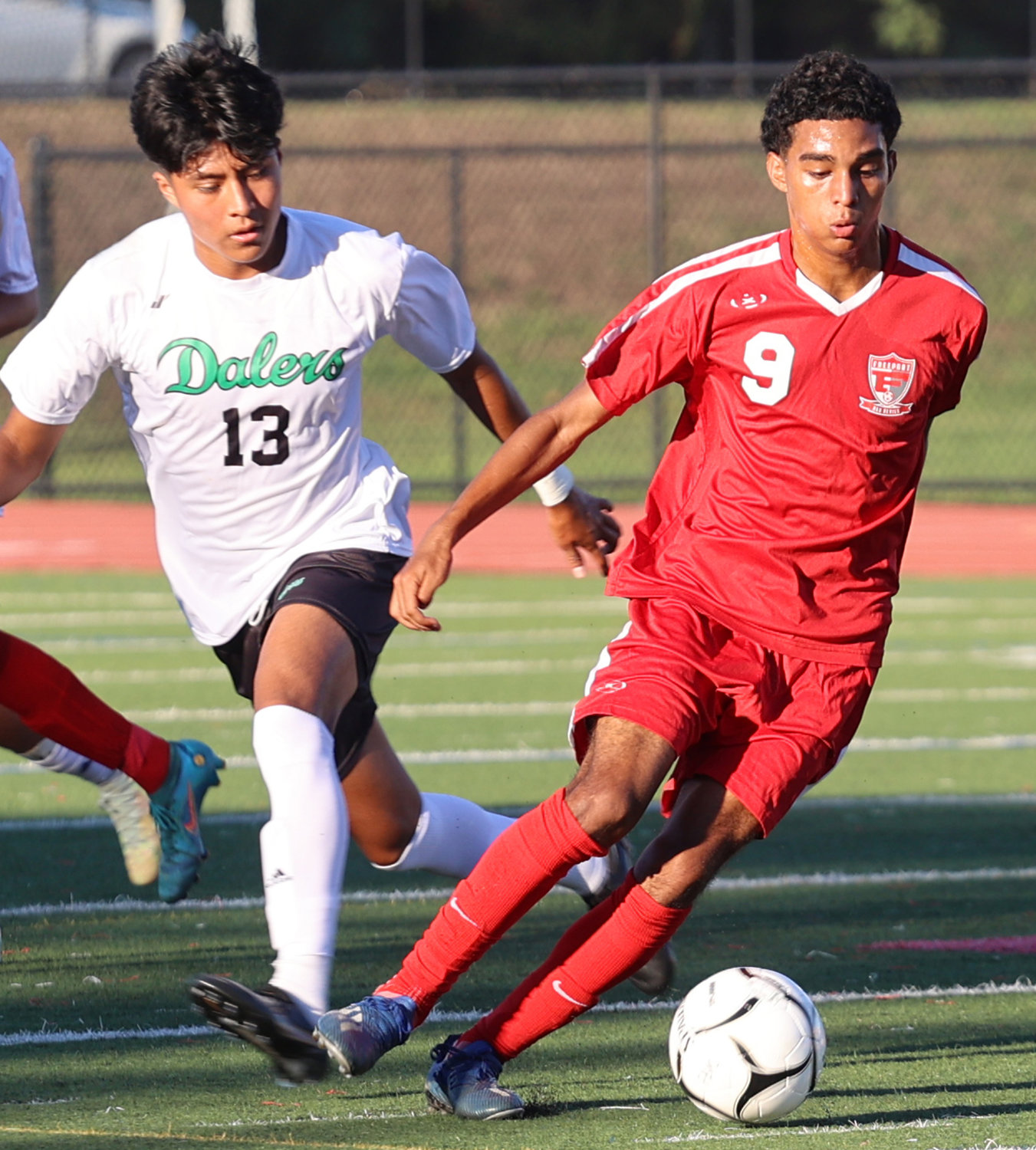 The Freeport boys’ soccer team is looking to extend its postseason streak with a young team this fall.

The Red Devils, who graduated 14 seniors from last season’s 8-3-4 team that fell to Uniondale in the Class AA quarterfinals, entered the week at 2-2 and will need a .500 or better record in a challenging conference to achieve a third straight playoff appearance. Fourth-year coach Craig Klasson has made reaching the postseason and competing for championships on a regular basis a major goal since he took over the program in 2019.

“I feel we've made a lot of great strides so far,” said Klasson, who was an assistant coach at Wantagh before arriving in Freeport. “ The last two seasons we were able to make the playoffs and the quarterfinals and we are hoping to continue that success and make a little bit more of a shrine into the playoffs.”

Junior forward Jean Mejia is the top returning talent after tallying three goals and four assists last season. Klasson said Meija, who registered two assists in Freeport’s 5-2 win at Herricks last Saturday, has potential to play Division I college soccer in the future and with his versatility can be placed anywhere on the field when needed.

Sophomore center midfielder Lucca Noboa, who scored two goals in the Herricks victory, also adds punch to the offense. Senior forward Kazeem Scott brings athleticism and speed up front tallying one goal and an assist in Freeport’s 4-1 victory at Hicksville on Sept. 10.

Varsity newcomer Kevin Martinez Dubon is also adding spark to the offense after transferring to Freeport from El Salvador.

“He’s just a workhorse in the middle of the field,” said Klasson of Dubon. “He’s a playmaker.”

The backline is led by senior defenders Alex Diaz and Brian Leon, who are tro-captains along with Mejia. Junior Dylan Woodward also brings experience to the defense after receiving significant playing time as a sophomore last season.

Senior goalie Victor Villatoro has stepped up in net recording after serving in a backup role last fall. He earned valuable varsity experience in net as a sophomore during the spring 2021 season that was shortened due to the COVID-19 pandemic.

“This is a very young, but humble and hungry team,” Klasson said. “I’m looking forward to watching them progress and make a push together as a family.”

Klasson said Mejia, Diaz and Leon set great examples as captains on and off the field for the younger players.

“They are 100 percenters and the voice of the team,” said Klasson of his tri-captains. “Captains are supposed to be coaches on the field and that is exactly what they are.”

Freeport travels to Plainview JFK Thursday for a 5 p.m. kickoff before hosting county power Massapequa Saturday morning at 9 a.m. Next week the Red Devils visit Uniondale Wednesday at 4:30 p.m. and are home against Port Washington Friday at 5 p.m.

“The conference is loaded,” said Klasson of the teams Freeport needs to battle with in Conference AA1 to reach the playoffs. “There are no easy games.”