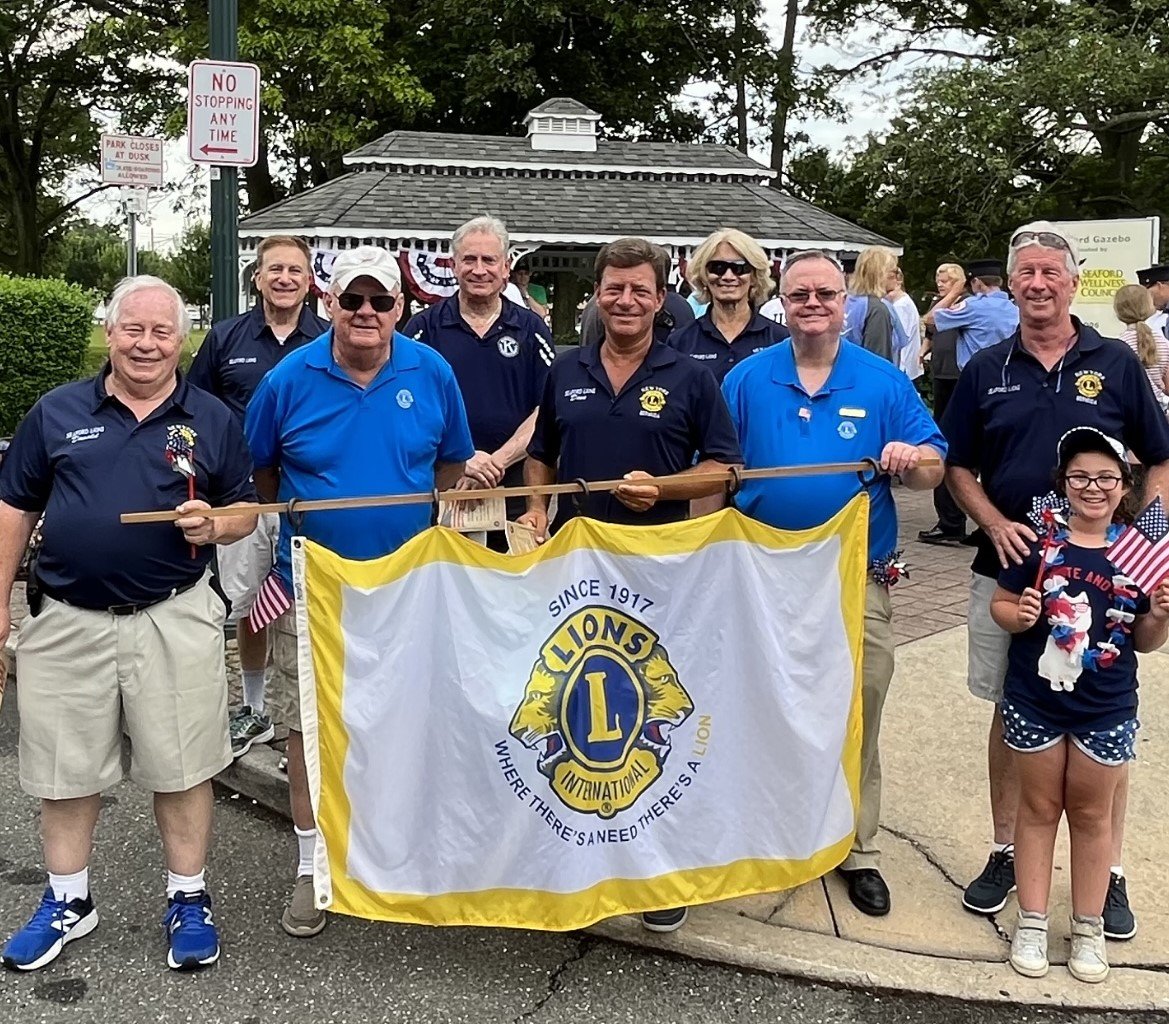 Everybody has an innate talent, and that talent can be used for something good.”
George Brennan, president of Seaford Lions Club
By Michael Malaszczyk

Seventy years ago, the Seaford Lions Club was launched with a commitment to fight blindness, but since then the group’s efforts have expanded to take on many other worthy causes in the Wantagh-Seaford community.

Founded in 1952, the organization is celebrating its “Platinum Jubilee” this year.

The Lions Club is an international organization, with thousands of chapters all over the world. Seaford is part of the New York chapter and is accompanied by many other clubs all over Long Island. This global networking makes mutual aid among the Lions Club easier, as chapters can donate directly to one another through the Lions Club International Fund.

“Last year, the LCIF raised $30 million to help people throughout the world,” said Donald Paulson, a longtime member who has served as the club’s secretary and president.

“This money goes everywhere,” added Charles Wroblewski, fellow member and former president and secretary himself. “Whenever there is a disaster, it’s sent to the local Lions Club, with no overhead fee.”

The Seaford Lions Club donates thousands of dollars annually to places in need, but when Hurricane Sandy struck in 2012, the organization received money from the LCIF.

For Paulson and Wroblewski, involvement in the Lions Club was personal for a number of reasons.

Wroblewski moved to Seaford at age six in 1948 and attended public schools from second to 12th grade. He then lived in Washington, D.C., serving the country for many years in the FBI before moving back to Seaford in 2005. Wroblewski’s mother suffered from Fuchs dystrophy, a disease affecting the eyes, which Wroblewski said runs in the family.

The Lions Club was, therefore, a perfect fit for him; he could join the fight against blindness and give back to his hometown.

Paulson grew up in South Ozone Park before he moved to Seaford. His father was diagnosed with macular degeneration, a common eye disorder, so he also joined the Lions Club to help his family.

Club president George Brennan said he joined because he was inspired by the group’s altruistic fight. Brennan lives in Amityville but helped to found the Seaford Kiwanis Club, and has also been involved in the American Foundation for Suicide Prevention. After meeting Paulson, Brennan was convinced that the Lions Club was the best place to fight for good causes in Seaford.

While initially committed to fighting blindness, specifically blindness caused by diabetes, the Lions Club has expanded its fight to numerous arenas, including hearing, environmental protection, natural disaster funding, and many more. The club’s members include people from many different walks of life, including former police officers, doctors, dentists, nurses, attorneys, and teachers, among others.

“The Lions have three objectives: To cure world blindness, to help others in need, and to be good citizens in your community,” said Paulson.

Recently, the club has expanded its outreach to younger citizens of Seaford.

“Thanks to one of our younger members, we have a Leo’s Club,” Paulson said. “The Leo’s Club is for high school students. Leo’s Club members can get a special distinction on their diplomas for community service.”

The Lions Club meets on the first and third Tuesdays of the month at Runyon’s on Merrick Road.

“Everybody has an innate talent,” Brennan said. “And that talent can be used for the good of the community. You don’t have to be a wallflower; join the Lions and get involved in something good.”