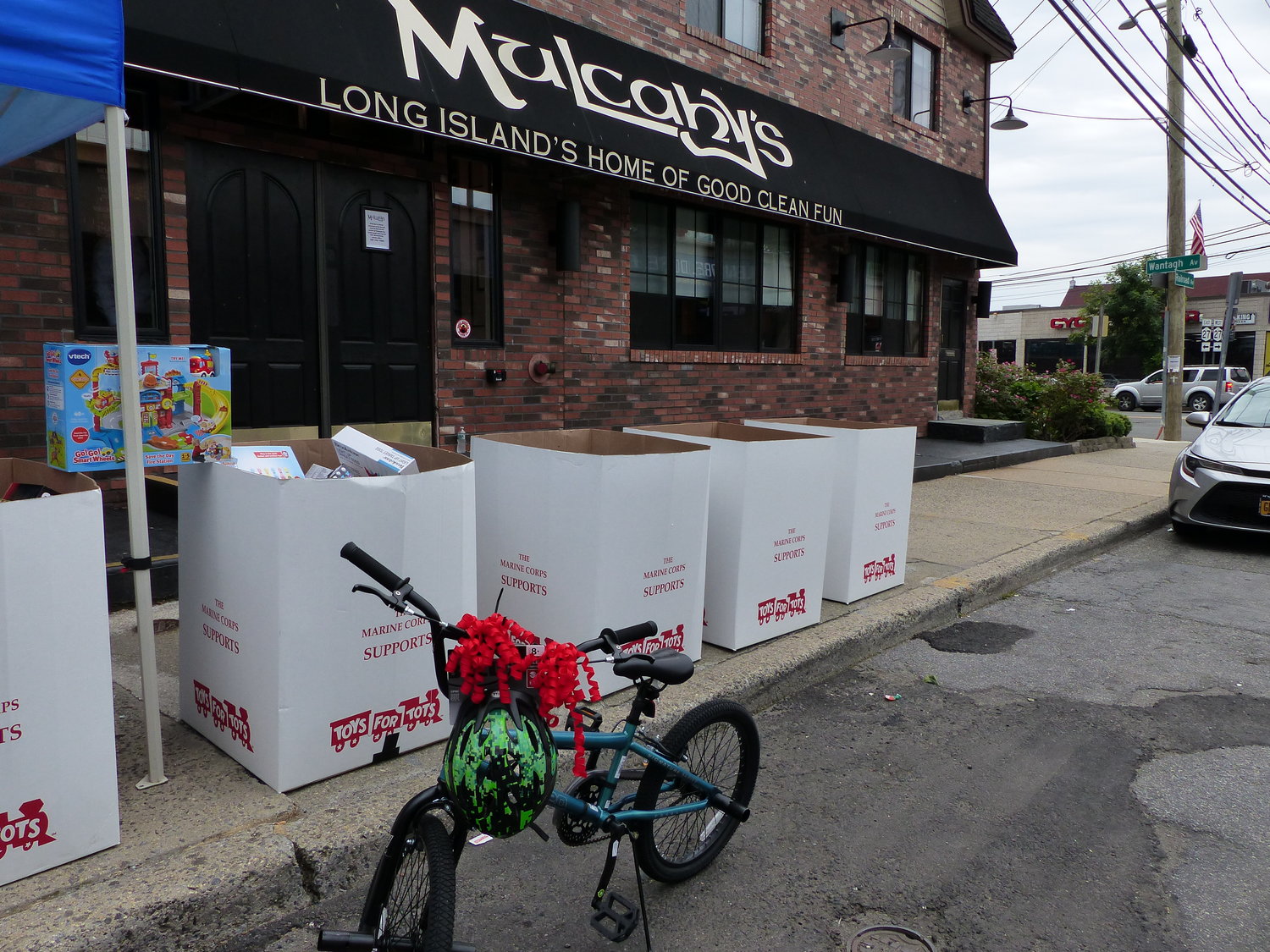 Marine Corps Toys for Tots collection boxes are set up outside of Mulcahy’s ahead of the fundraiser. The toys will go to Buffalo and Uvalde.
Michael Malaszczyk/Herald 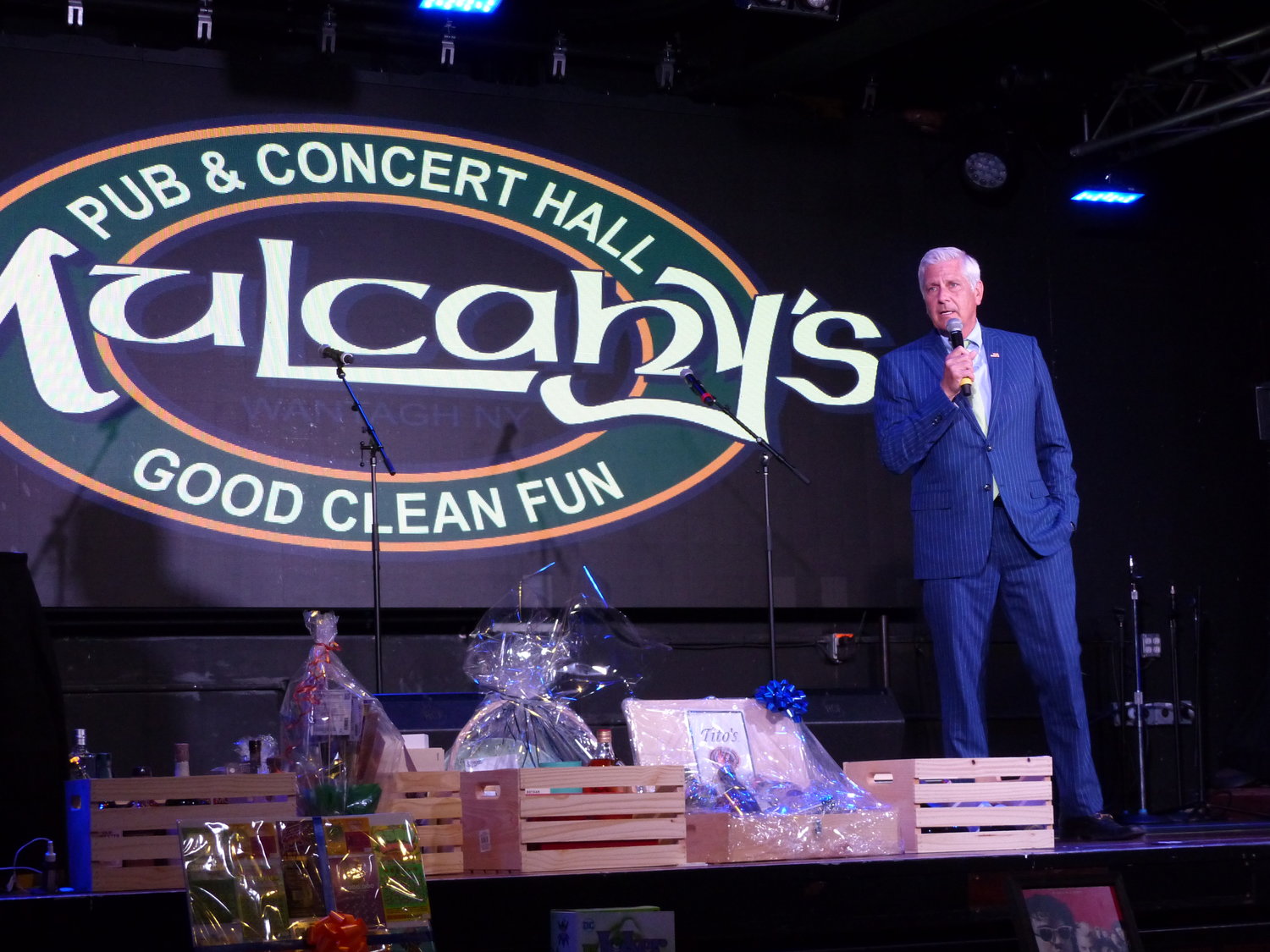 Nassau County Executive Bruce Blakeman delivered remarks, alongside the items donated by police precincts that will be auctioned for charity.
Michael Malaszczyk/Herald 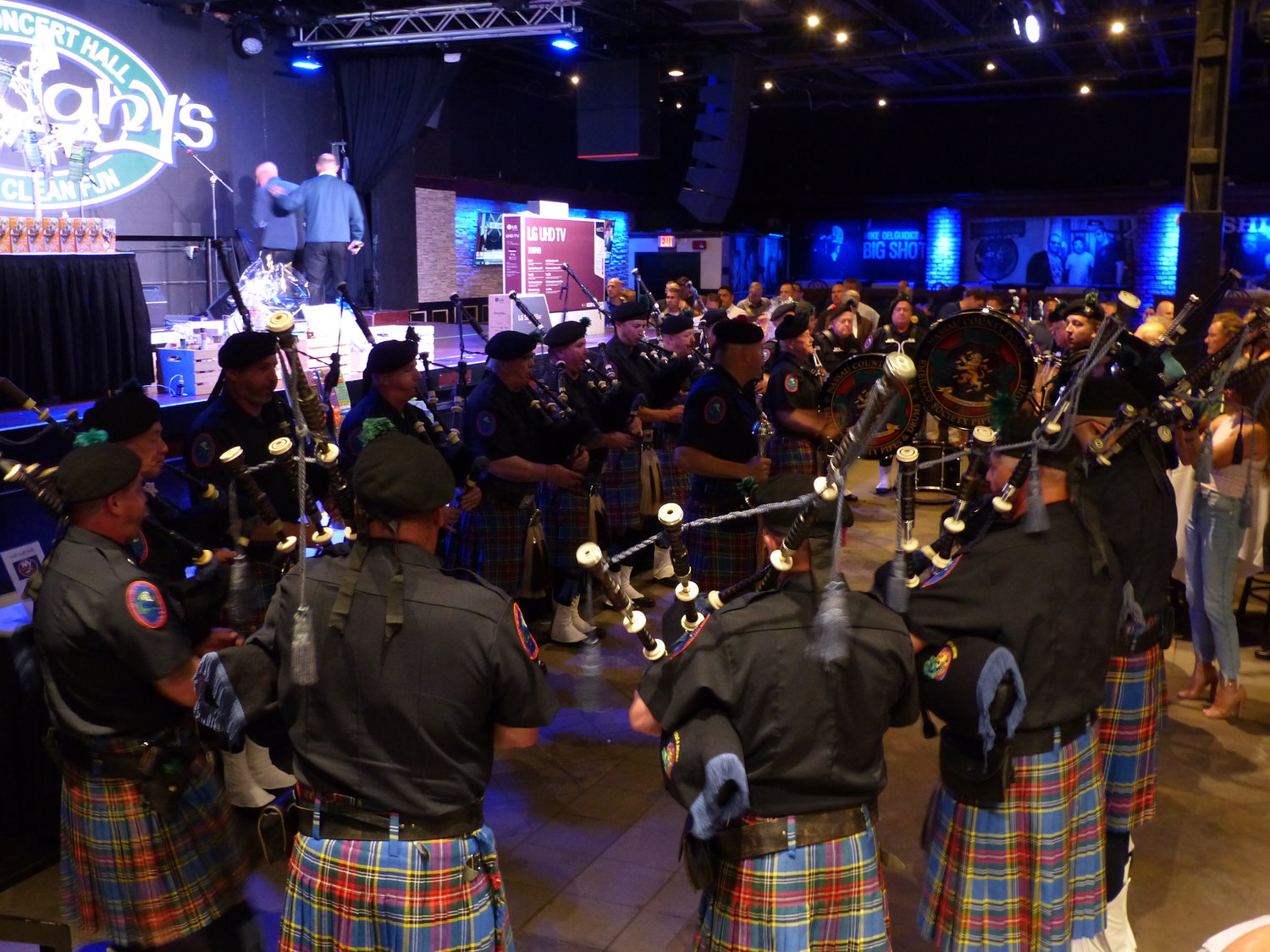 The Nassau County Police Department is trying to do its part to spread a little joy to children in Buffalo and Uvalde, Texas — the sites of two of the worst mass shootings in the country this year.

John Theissen, founder and director of the Theissen Children’s Foundation, helped sponsor the event, and held an auction for charity for Buffalo and Uvalde. The Marine Corps’ Toys for Tots led the toy drive.

The police set up a number of large toy collection bins outside Mulcahy’s, which filled up quickly. The donations will be divided and shipped to both cities in July.

Ryder said the drive is an obligation on the part of the Nassau County Police Department, as well as the three unions. “Communities have done the right thing by us over the last two years,” Ryder said. “Now we are paying it back. We want to put smiles on kids’ faces around the country.”

Ryder expressed hope that the whole nation is watching what Nassau police are doing, and that other departments will follow suit.

Superior Officers Association President Frassetti agreed with Ryder, saying that “we are proud to collaborate for a worthy cause, and we hope to do more events like these for these causes.”

Theissen jumped on the opportunity to run the event when the police unions pitched it to him. Theissen said he hoped that it could give his foundation the kick-start it needs to do more charities, as the foundation has been hampered by the pandemic.

“In non-coronavirus years, we used to do up to 50 fundraisers a year,” Theissen said. “Mulcahy’s always comes through for us with these.”

“I’m very proud of our police unions for demonstrating that our cops have a heart,” Blakeman said. “These shootings are certainly very tragic and what we’re doing here today is really great.”

According to Ryder, the shootings signal a need for his department to be proactive about protecting the schools in the county, including more training for police officers, alarms in schools and routine school assessments as preventative measures.

The police commissioner’s message to the Wantagh-Seaford community, which may be concerned about school safety, is clear — “We got you.”

Blakeman also said Wantagh-Seaford residents have no reason to be concerned about school safety, so long as the Nassau police are in charge.

“We have protocols in place,” Blakeman said. “We have training for incidents like this that we hope we’ll never have to use.”

These protocols include direct lines of communication to the police department from schools in both Wantagh and Seaford, and monitoring social media sites for any potential threats.

“We are working closely with school districts,” Blakeman said. “Rest assured, our police department is on top of things.”