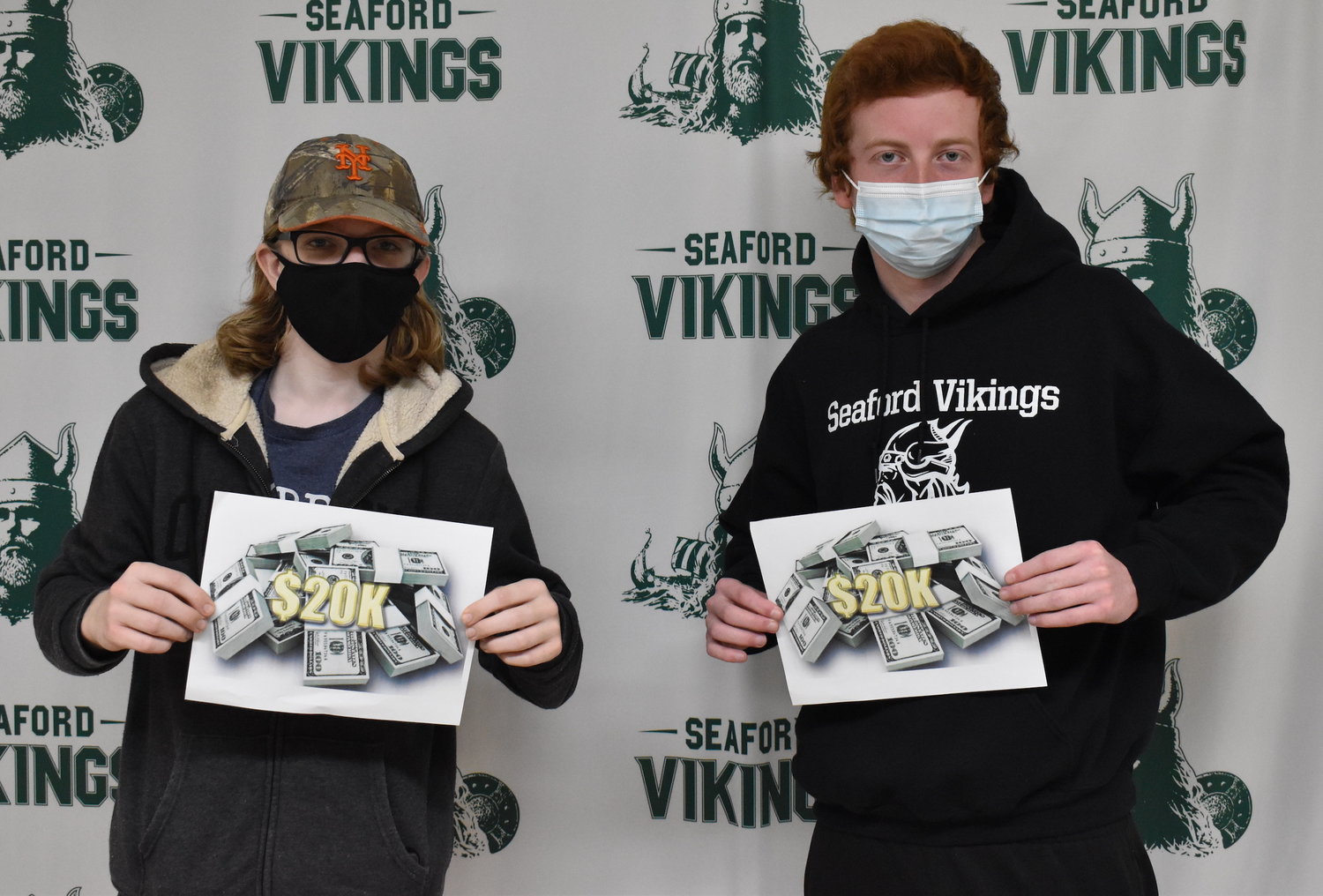 That’s the premise of The Stock Market Game, sponsored by the SIFMA Foundation, which students from the Wall Street class participate in every fall. Business education teacher Lauren Thompsen said that students were divided into 13 teams and had $100,000 of fictitious money to invest. Those groups combined to make about $80,000 but it was the pair of Patrick Adorno, a senior, and Kevin Beller, a junior, who accounted for about a quarter of that profit.

Adorno and Beller invested in Apple, General Electric, Sony and Tesla. Every day they checked the prices of their stocks using the Yahoo! Finance website, kept an Excel spreadsheet and made charts to analyze their returns. They said their strategy was to primarily stick with the stocks they invested at the beginning of the competition, which ran from October to December, rather than constantly buying and selling different companies.

“Twenty thousand dollars in just under three months, it’s not bad,” Beller said, noting that Tesla was their biggest payoff.

“They picked well,” added Thompson, who said that students in the class explore the differences between stocks, bonds and mutual funds. They also learn about the different strategies involved in short-term and long-term investing, what influences stock prices and how to analyze the data.

Adorno said that he took the Wall Street class because he wanted to learn about the stock market and how it functions, and gain some knowledge to help him manage his finances as an adult.

One important lesson Thompsen imparts on her students every year: “Don’t bet more than you can afford to lose.”

Provided by the Seaford School District. Compiled by Brian Stieglitz.