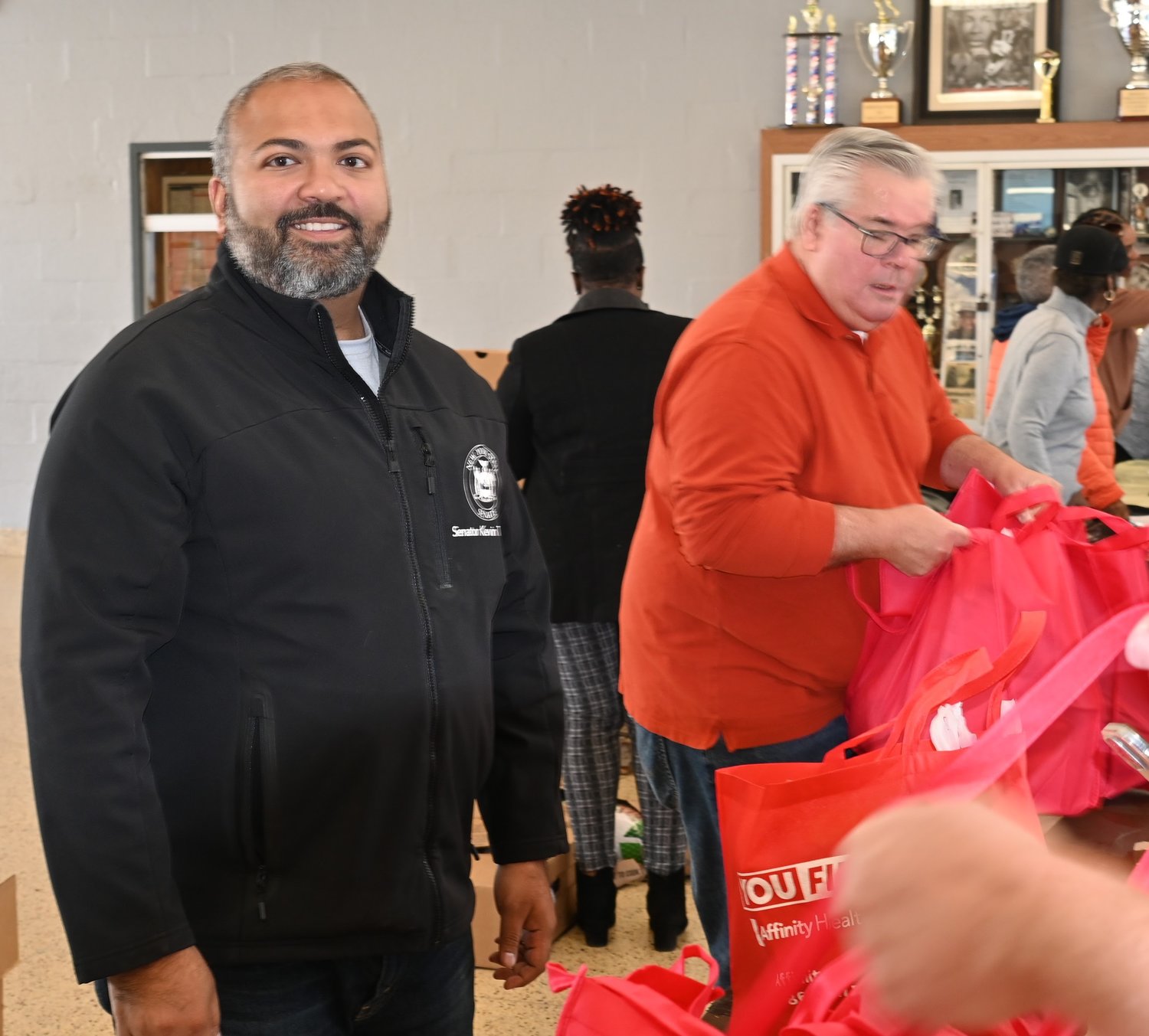 Most people would be happy just to get a free turkey, especially this year, when food prices have jumped 20% compared to 2021. But turkeys were only the start of the bounty given out at Kennedy Park on Monday during Hempstead’s Annual Turkey Giveaway.

Organized by Human Relations Director Juanita Hargwood and Hempstead Parks and Recreation Commission Chairperson Vanessa Henry, the 500 turkeys picked up by Hempstead residents were augmented with winter jackets, gloves, socks, other clothing items, sneakers donated by Hempstead’s own GB Sneaker Terminal, and a “Back 2 School Store” set up by the local chapter of the National Council of Jewish Women.

Preregistration was required for the giveaway.

Tom Garry, a Rockville Centre resident and attorney with Harris Beach PLLC in Uniondale, came to the event with his brother Bill and a flock of Harris Beach employees. For several hours, they stuffed bags with turkeys and other items, handing them to a continuous line of grateful recipients.

“We are very proud of helping Mayor Hobbs and the trustees with the turkey giveaway,” Garry said.

New York State Senator Kevin Thomas, too, arrived to put in work bagging the turkeys, as he has done each year since he was elected in 2018 to represent the Sixth District in Nassau County.