Wantagh Board of Education clears up some confusion 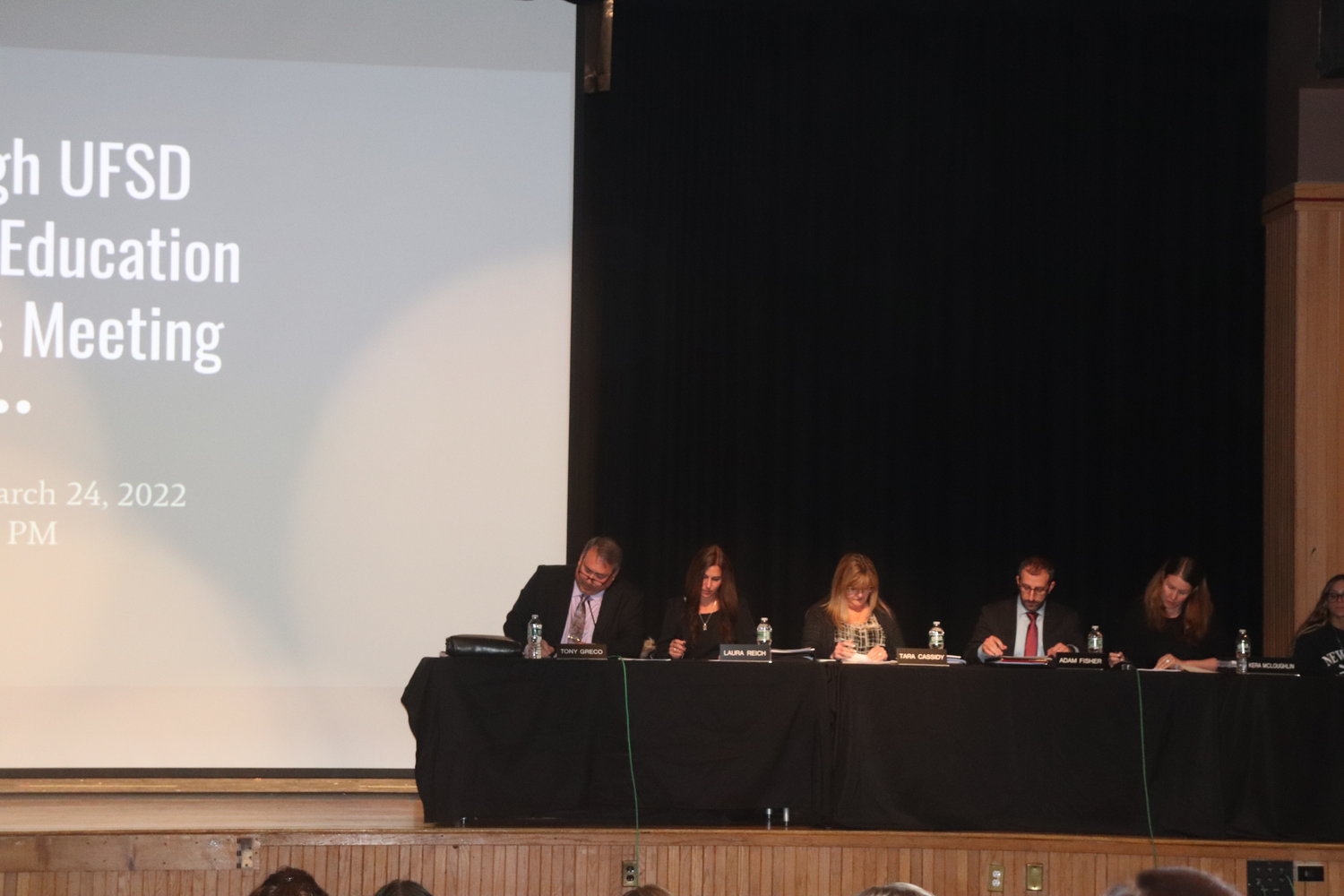 Wantagh Board of Education members voted on a series of motions.
Maria Cestero/Herald
By Maria Cestero

Wantagh community members were concerned over the school district’s possible affiliation with Northwell Health at the Wantagh Board of Education Meeting on Thurs., March 24. John McNamara, superintendent of Wantagh schools at addressed the plethora of concerns voiced by parents at the meeting.

“It’s very obvious you made an oath to not communicate with us,” expressed a Wantagh resident in her public comment.

According to McNamara in his spoken address to the parents of the Wantagh school district, the district does not have a partnership with Northwell Health as of yet. There will be potential for a partnership to include mental health services and resources for the students, a plight McNamara believes will be beneficial to the students and parents of the school district.

Addressing “misinformation” amongst the public commenters, McNamara stated the potential of the partnership with Northwell Health was discussed before the start of the pandemic and that the partnership will not “force” students to receive vaccines nor administer them without consent.

Parents in the crowd shook their heads in disagreement. Others sat in the crowd in disbelief calling it [expletive].

One Wantagh resident stated in his public comment to the board that he was planning to homeschool his daughter for the remainder of her time in the district because of the possible partnership.

Among other concerns expressed by parents in the Wantagh community, members addressed the board’s “immoral” compliance with Hochul’s and the state’s mandates during the duration of the pandemic. Addressed by McNamara again, he stated the board must comply with the state or face the possibility of losing funding- a possibility the school cannot afford said McNamara.

A few residents thanked the board for their work on the school budgets and including the sports teams to receive amenities. Board members stated the budget is “in a good place” and will be finalized in two weeks.

The board also congratulated local Wantagh sports teams for their accomplishments including the MacArthur Varsity Cheerleading team who recently won the state championships.

Thanking several teachers for their service in the school district, board members handed each teacher a basket as they retired from teaching.