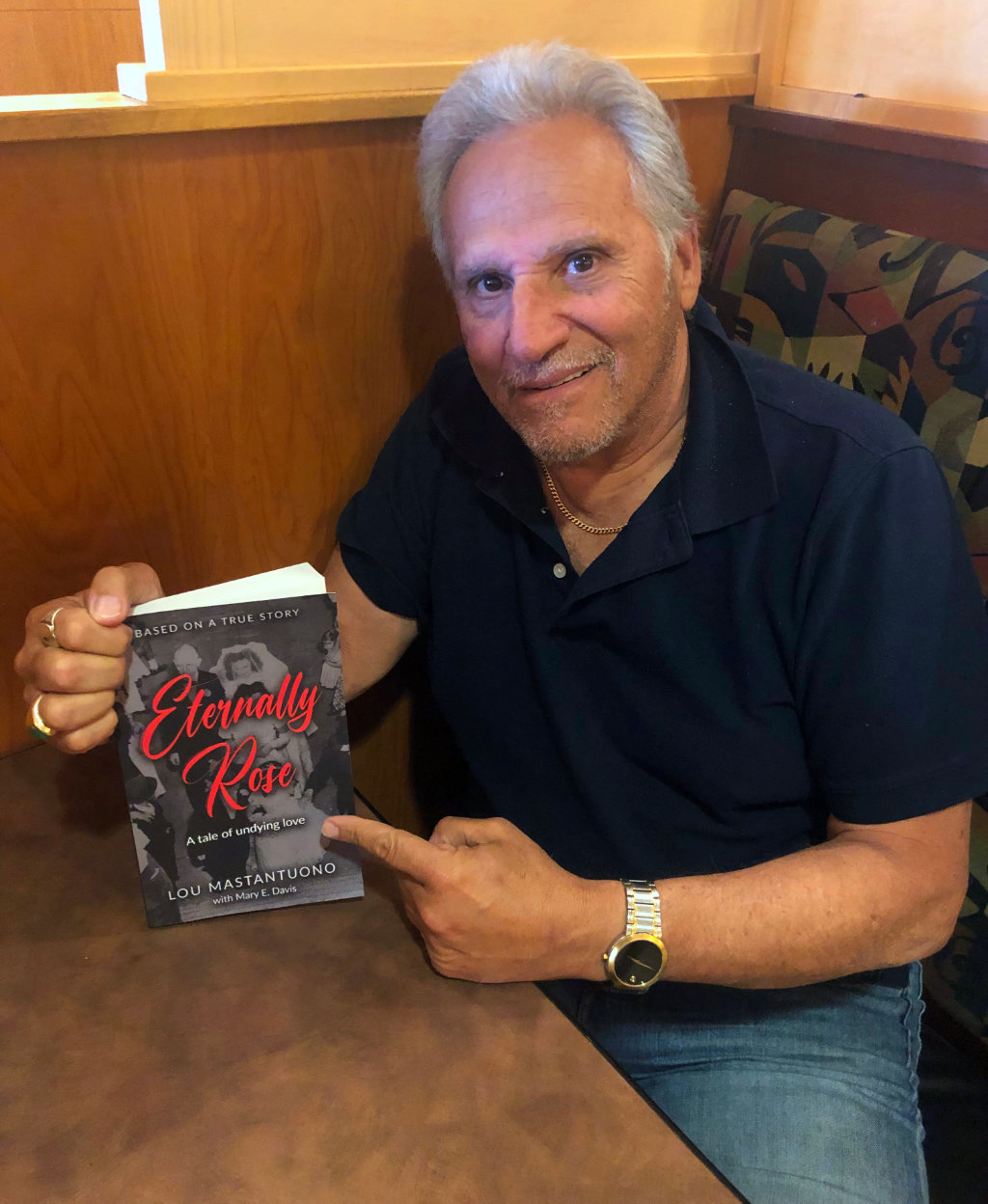 Every family has a story that deserves to be told, according to Wantagh resident Lou Mastantuono, who has stuck to that philosophy when writing his book, “Eternally Rose,” the story of a tragedy that struck his father about 75 years ago.

“Eternally Rose” is the story of Mastantuono’s father, Johnny, a decorated World War II veteran. In 1944, he met Rose DeFabrizio prior to enlisting, and they wanted to get married.

“That was the thing to do when the war broke out,” Lou Mastantuono said.

However, when Johnny Mastantuono was deployed, they decided to wait. The wedding was set for October 1946, right after his return from the war, as a hometown hero.

Mastantuono and DeFabrizio saw each other the morning of their wedding, despite being familiar with the old tale that it was bad luck. DeFabrizio’s last words to him before they departed were, “John, I love you with all my heart.”

Tragically, DeFabrizio collapsed and died on the altar in his arms. “All the pomp and circumstance was going on,” Lou Mastantuono said. “’Ave Maria,’ ‘Here Comes The Bride,’ customary kiss from the father to the daughter, then Rose turns to my father and just collapses. That’s it.”

The story was news around the world in 1946, and was even a featured story on Life Magazine. According to Mastantuono, his father received a call from President Harry Truman regarding the incident and was approached by Paramount Pictures in 1948 about making a movie. Johnny Mastantuono declined all of this, and eventually met and married Lou’s mother.

According to Lou Mastantuono, this story was not discussed much growing up, although he was vaguely aware of it.

He said he pledged to his dying mother that he would set out to solve the mystery, and he did exactly that with “Eternally Rose.”

“I promised my mother that I would make our story into something big,” Mastantuono said.

“Eternally Rose” may have a future on the silver screen, according to Mastantuono, who has turned it into a screenplay and has been in touch with some big names about the story, including Scott Pardo, an HBO producer who has worked on “Survivor.”

Pardo has described “Eternally Rose” as “a dramatic tale that has Hollywood classic written all over it.”

Mastantuono, a Wantagh resident for about four and a half years, is also a Long Island native, having grown up in the Five Towns before moving to Los Angeles for a number of years.

He returned to Long Island after reconnecting with an old girlfriend and settled in Cedarhurst. She unexpectedly died, leading Mastantuono to move to Wantagh, where his son lives.

“I never thought I’d end up here,” Mastantuono said. “But it’s a beautiful place. You know what they say — ‘Man plans, God laughs.’”

Mastantuono holds a bachelor’s degree in political science from St. John’s University, where he played baseball.

He has worked in maintenance for a number of years, but his real passion was as an artist. He has been described as something of a Renaissance man, being an actor, writer and songwriter.

Mastantuono said that one of his songs, called “Bring Your Love Back,” was set to feature in the 1990 film “Rocky V” but never made it out of the editing room.

Mastantuono saw the original movie “Rocky” in 1977, and both the film and the story behind the making of the film — of actor Sylvester Stallone coming from almost nothing and writing an Oscar-winning film — convinced him to write his family story.

Mastantuono said he wants Wantagh residents to realize that every family has deep, unique stories. “Even your seemingly ordinary neighbor has something that has happened to them or their family,” he said, “a story that deserves to be told.”