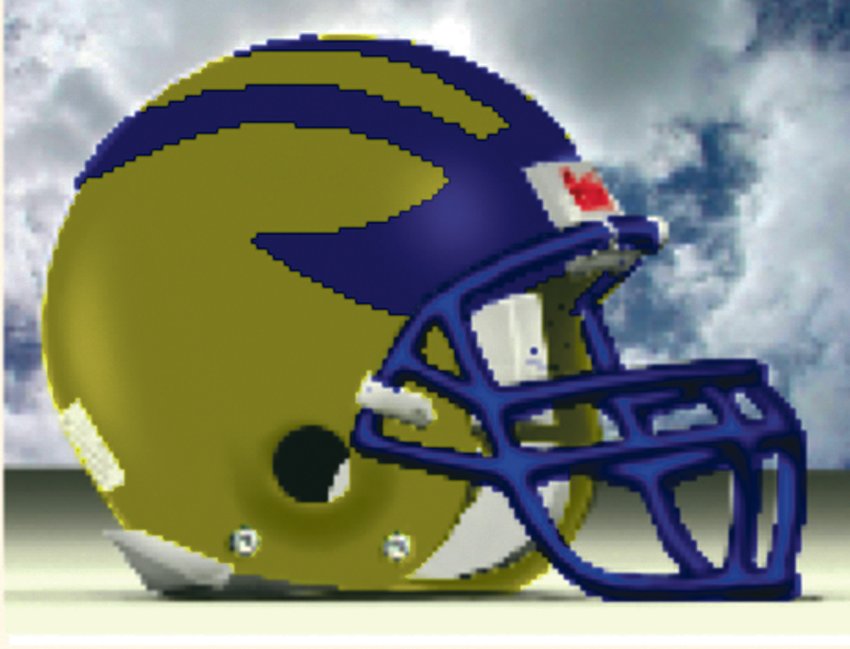 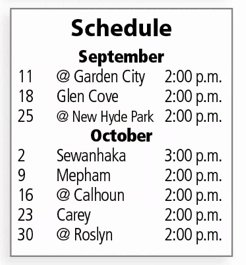 For the first time in 32 years at the helm, head coach Steve Carroll has concerns about Baldwin’s roster size.

“We’re usually around 45 or 46 kids on the varsity alone and that’s the number we’re working with this year for the varsity and JV combined,” he said. “We’re in a bit of a jam with fewer than 30 expected to be on varsity for Week 1.”

The Bruins, who hit the road to open against Massapequa, won five games in 2018 and lost a Conference I first-round playoff heartbreaker at Oceanside for the second year in a row. They came within inches of advancing to the semis at Hofstra, falling 20-19. In 2017 as the No. 8 seed, Baldwin fell 14-7 to the Sailors.

“It’s been the difference of a play or two,” Carroll said of the narrow season-ending defeats.

Baldwin hasn’t missed the postseason since 2006 but will have its work cut out with just three varsity contributors returning. Carroll said a collection of four talented backs will steer the offense, led by junior Trey Parkin and senior Andrew Decoteau. “We have to figure out how to get all four of them touches,” he said of a group that also includes juniors Keyon Wingate and Maurice Webster. “It could end up where some are lining up as slot receivers.”

Parkin enjoyed some breakout performances as a first-year varsity player as the second option behind departed Eric Manigault and attended some high-profile camps during the offseason. “Trey is a big dude and came into camp looking like a million bucks,” Carroll said.

Decoteau, who starred at the JV level for two years but wasn’t in uniform last season, is expected to be a playmaker on both sides of the ball. “He’s probably the fastest kid in the school and that’s saying a lot because we’ve got some speed demons on the track team,” Carroll said. Wingate is another former JV standout with speed, and Webster is a straight-ahead runner with quickness as well as varsity experience.

At quarterback, senior Ronnie Marchese-Silano got a few reps a year ago and brings athleticism and leadership qualities to the table. When he goes to the air, Marchese-Silano will look downfield to senior Isaiah Place, a 6-foot-4 receiver with tremendous hands, Carroll said, junior Kenneth Ojeikere, senior Aaron Taylor and junior Sage Burke.

In the trenches, senior guard Trevor Watts is a three-year starting lineman who’s work ethic sets the tone for the rest of the unit. Senior Brayden DeSantis returns at center after starting all nine games, but the rest of the line will feature new faces. Seniors Lance Levy and Eddie Patton lead the depth chart at right guard and tackle, respectively, and junior Dhani Beckwith, up from JV, has the current nod at left tackle.

On the defensive side, the Bruins are tinkering a switch to a 4-3 base. Carroll is excited about the potential up front with Watts and DeSantis at tackle and Beckwith and classmate Kalil Cuffe at the ends. Parkin will operate at middle linebacker, where he played four games last season before a move to the outside. He’ll be flanked by some combination of Wingate, Webster and Decoteau. Either Webster or Decoteau will serve as the strong safety, with senior Gabriel DeRoche or Place at free safety. Ojeikere, Taylor and Burke are cornerbacks.

On special teams, Parkin and Decoteau spearhead the return units and have the shiftiness and breakaway speed to excel. DeRoche saw the most punting work during camp, and Carroll is hoping someone can emerge and lead the kicking game. “We can make our lives easier with strong special teams,” he said.

As the No. 6 seed with depth concerns, Baldwin faces a schedule that’ll be a challenge to say the least. “We face all the top teams and we know Freeport and Oceanside have us for their Homecomings,” Carroll said. “We’re stepping right into the frying pan with Massapequa, but we’ll be as prepared as we can be.”