Merokean welcomes players old and new to Pickleball Plus 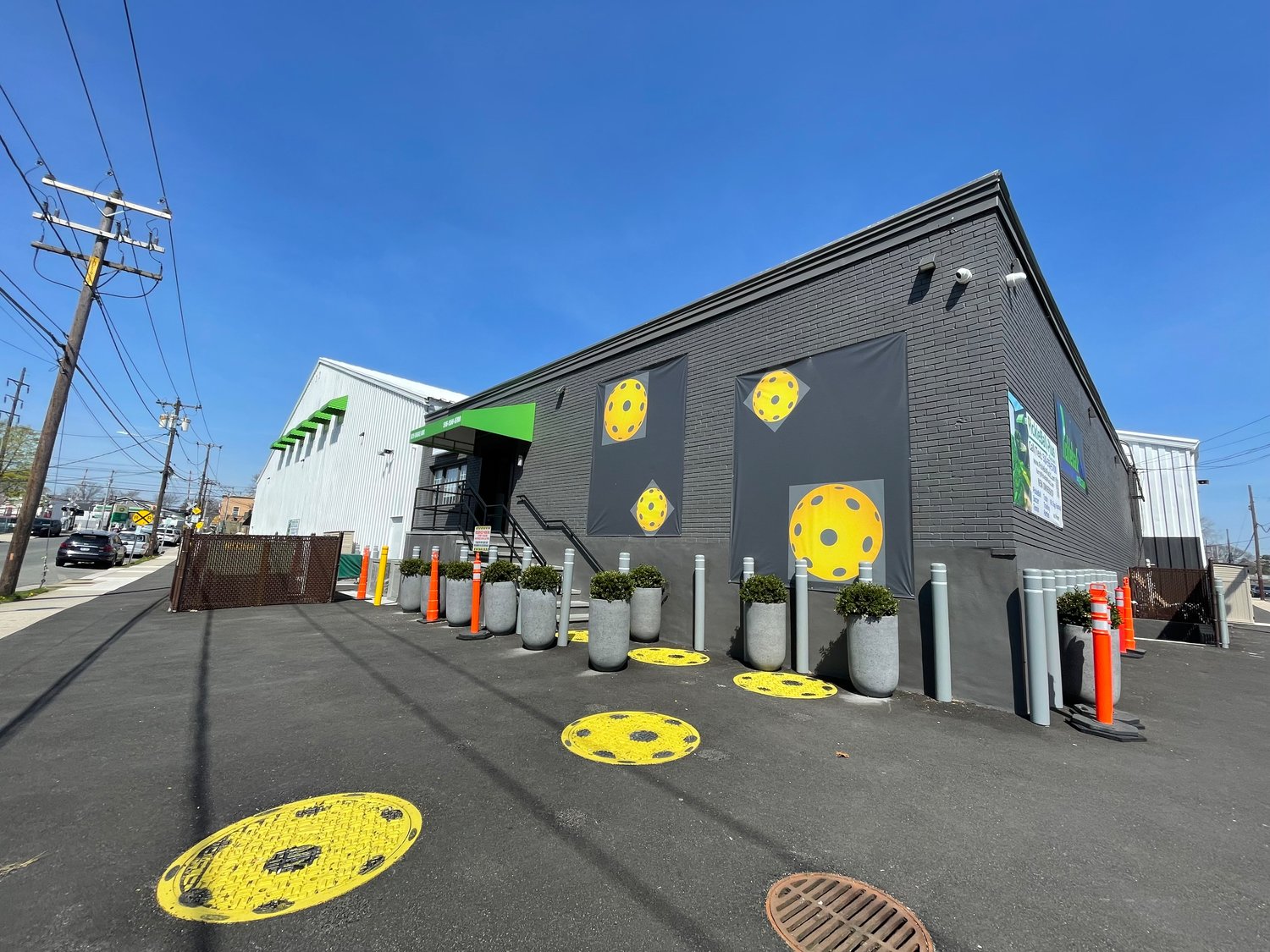 Pickleball Plus, a new facility that offers a large space for the self-described fastest-growing sport in America, is managed by Merorkean Dory Levinter.
Jordan Vallone/Herald 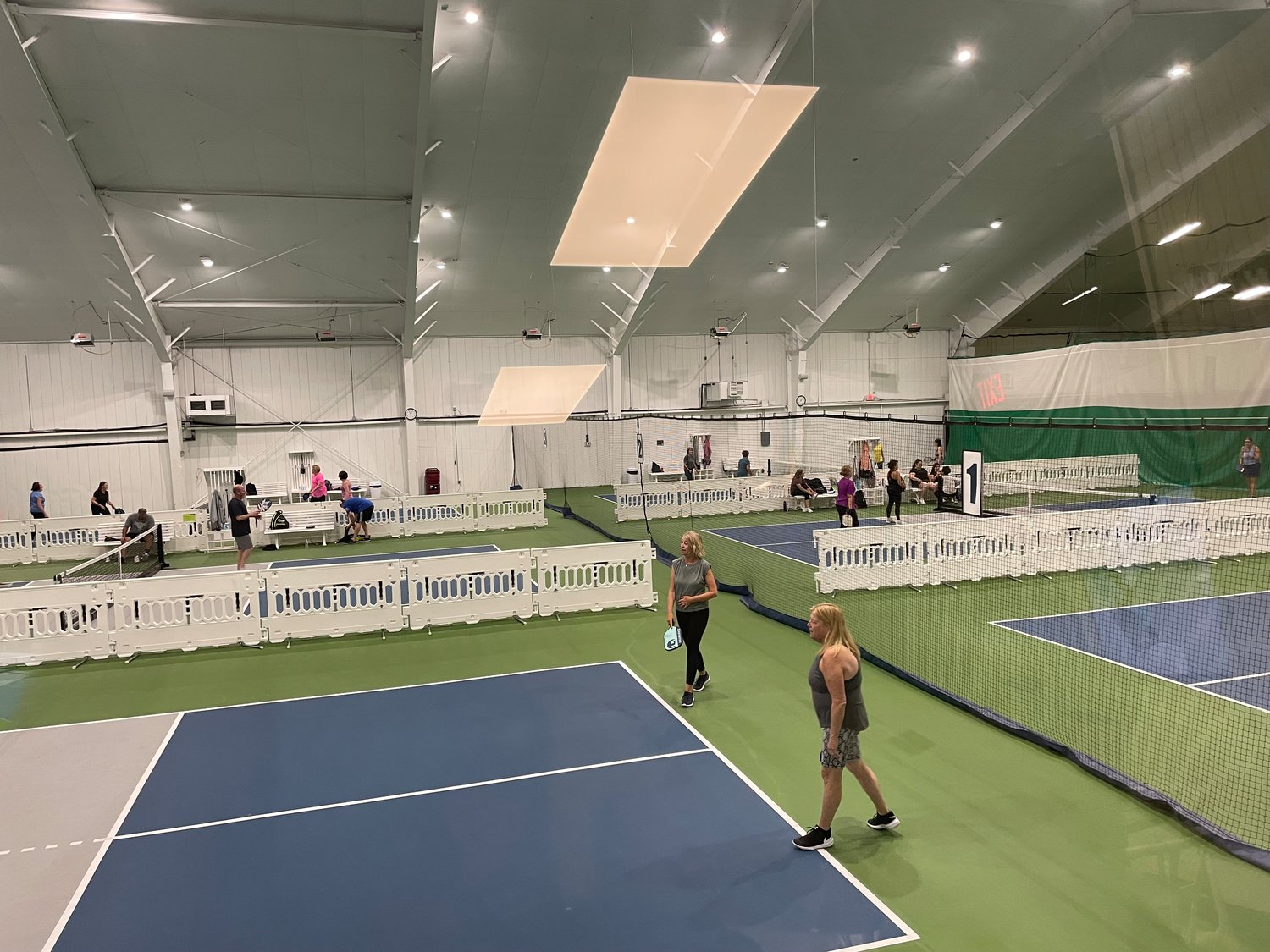 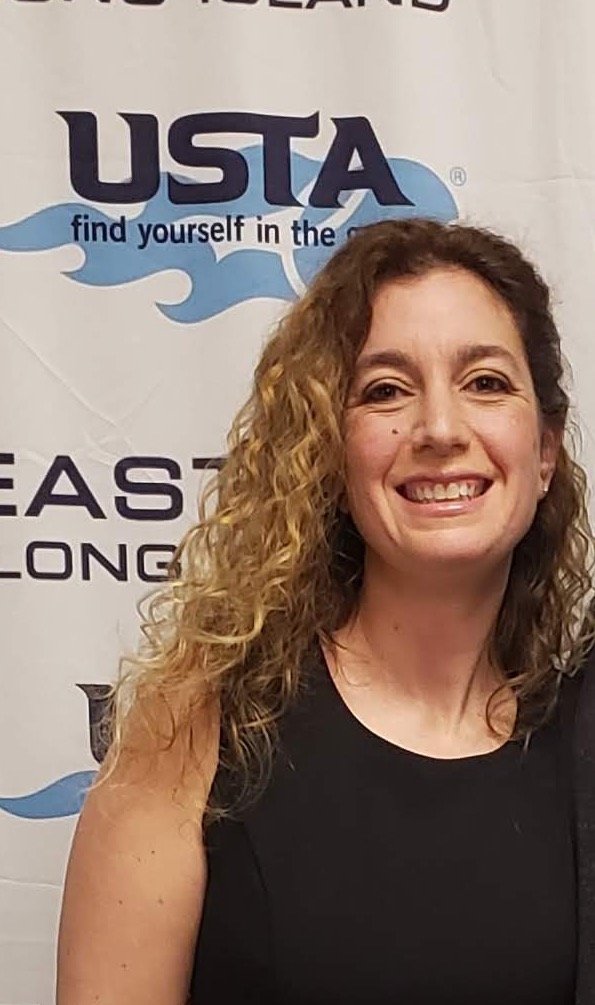 Bellmore native Dory Levinter, who has long been involved in tennis programs, manages the space, which has attracted over 4,000 members in under six months.
Courtesy Dory Levinter
Previous Next
What is Pickleball?

Pickleball combines elements of other racket and paddle sports, including tennis, badminton, and table tennis, and has its own unique rules.

Players use solid paddles to hit a ball over a low net. A pickleball looks like a wiffle ball, though the plastic is thinner and lighter, making it easier to hit. The playing area is smaller than a tennis court.

According to USA Pickleball, the game is played both indoors and outdoors, by singles or doubles, and those of any age or skill level can enjoy the sport.

Few may know that pickleball, a sport that resembles tennis, is the fastest growing sport in America, according to the USA Pickleball Association. But at Pickleball Plus, a new facility managed by Bellmore native Dory Levinter, the popularity of the sport is evident: In just five months, the facility has attracted over 4,000 members.

Levinter, a graduate of John F. Kennedy High School, has long been involved in the tennis industry. She’s now a resident of Merrick, and her children, Dylan and Ryan, attend Sanford H. Calhoun High School and Merrick Avenue Middle School.

When Levinter was in high school, her father was a PAL soccer coach, and when she asked if there was a PAL tennis program, she was told that none existed. “Literally, at 16, I called up the [United States Tennis Association], and said, ‘I want to start a tennis program,’ and they sent down a box of equipment,” she recalled.

Levinter and her friends began teaching tennis at Wellington C. Mepham High School, and the Bellmore-Merrick PAL tennis program became the first of its kind on Long Island. “I just do these things because I just think they’re the right things to do,” she said, “…but it actually turned into something really cool for me.”

After high school, she played tennis at the University of Connecticut, and later worked in advertising. She considered going back to school for a master’s degree in social work, and to earn money, she taught tennis lessons on the side. 30 years later, she hasn’t stopped.

“I never quite stepped back off the court,” Levinter said. “I always have conversations with my mom, like, “Oh, should I have gone back [to school], and she’s like, ‘You give people the therapy they need on the court.’”

Prior to her management position at Pickleball Plus — a completely renovated facility at 525 Eagle Ave. in West Hempstead, next to the Long Island Rail Road station — she worked at tennis centers in Freeport and Long Beach.

The Pickleball Plus building was always a tennis center, Levinter said, but it was in disrepair. When she was brought on by its owner, Harry Kent, to help create the new facility from the ground up, everything was done with players in mind. “It was nice to start with nothing,” she said. “The owner was really great.”

There is a large lounge space overlooking the courts, where players can socialize. The facility has six pickleball courts, a tennis court with pickleball court lines drawn on it, which can be used for either sport, and an artificial-turf field for soccer or agility training.

“These courts were built specifically for pickleball,” Jacki Binder, also from Merrick, the marketing and public relations coordinator at Pickleball Plus, explained. The lighting, the court surface and even the color of the walls were chosen to optimize the experience.

Courts can be reserved ahead of time on an app called Court Reserve. Newcomers can take individual or group lessons with pros — a one-time “absolute beginner” class, Levinter said, is free.

“We have a fully certified staff,” she said. “They all had to go through training to make sure they’re certified. I personally am certified in tennis and pickleball — I think it’s in the blood at this point.”

Pickleball Plus has open and social play hours, when players can meet and interact. It also has tournaments, and more recently, an intermediate league for women, to foster a fun, competitive atmosphere.

The facility is so popular that its hours had to be expanded. It is open every day from 7 a.m. to midnight, and because of the convenience of the LIRR station, Levinter said, people travel from all over to play. There are locker rooms with showers, making it easy for patrons to play on the way to or from work.

Levinter, who was named the USTA Volunteer of the Year in 2020, also regularly volunteers for the Merrick-based Robbie Levine Foundation, which works to increase the awareness of the need for automated external defibrillators, or AEDs, in youth sports facilities.

At Pickleball Plus, she emphasized, there are no limits on who can learn to play. For more on the facility, classes, or its court scheduling system, go to pickleballplusllc.com, or its Facebook page, Pickleball Plus.