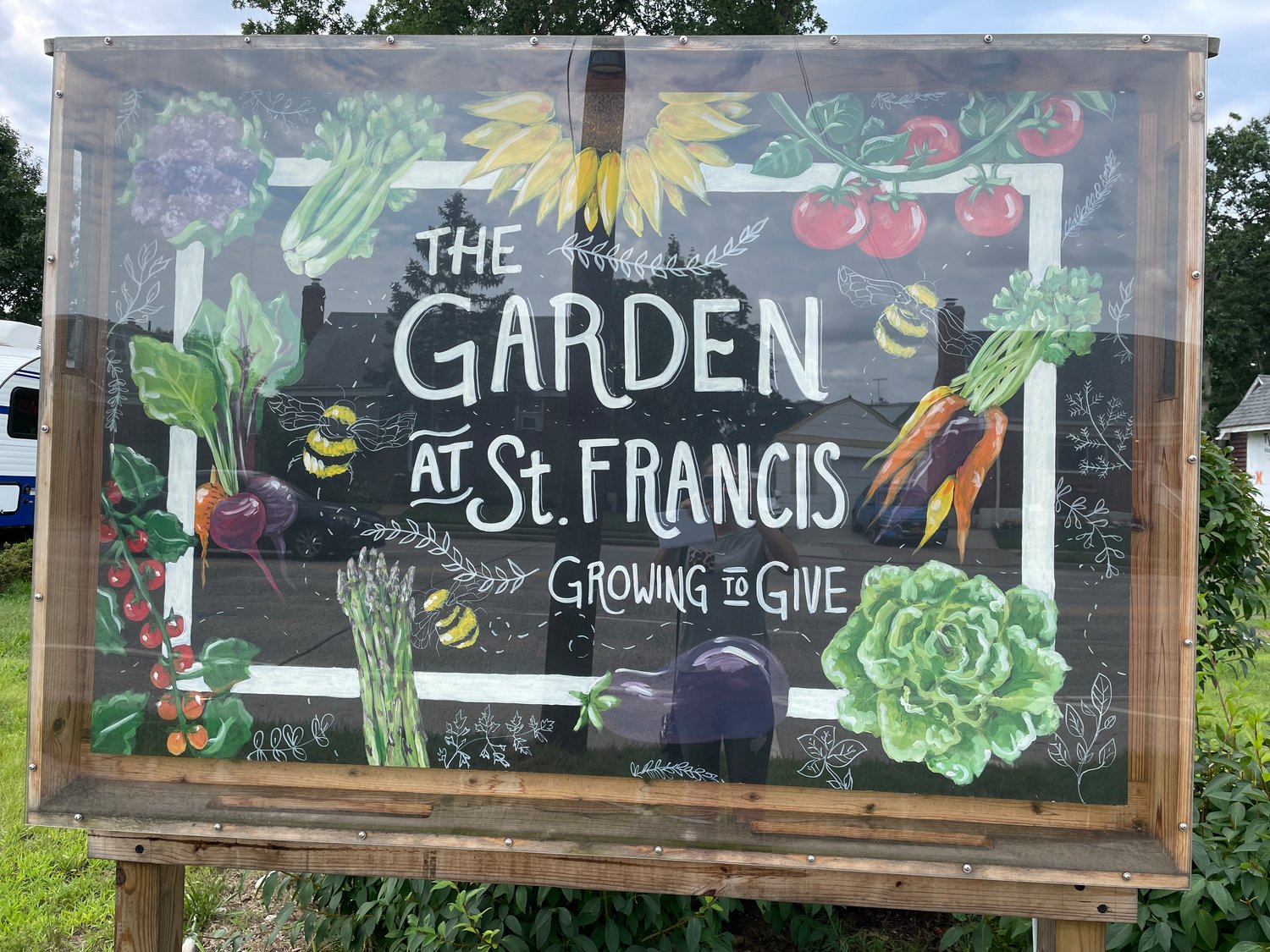 The Garden at St. Francis is behind St. Francis Episcopal Church, on Bellmore Avenue in North Bellmore.
Jordan Vallone/Herald 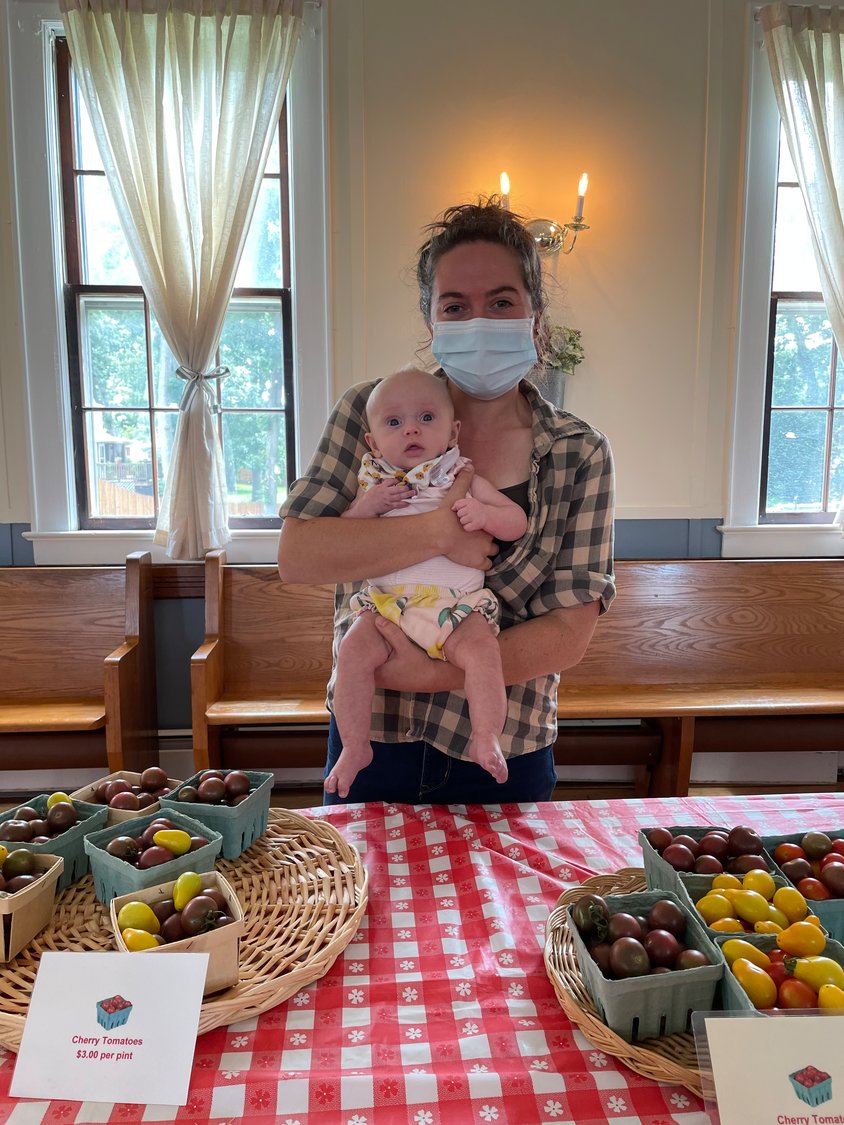 Kristin Talbot, the new garden manager, behind a farm stand with her niece.
Jordan Vallone/Herald 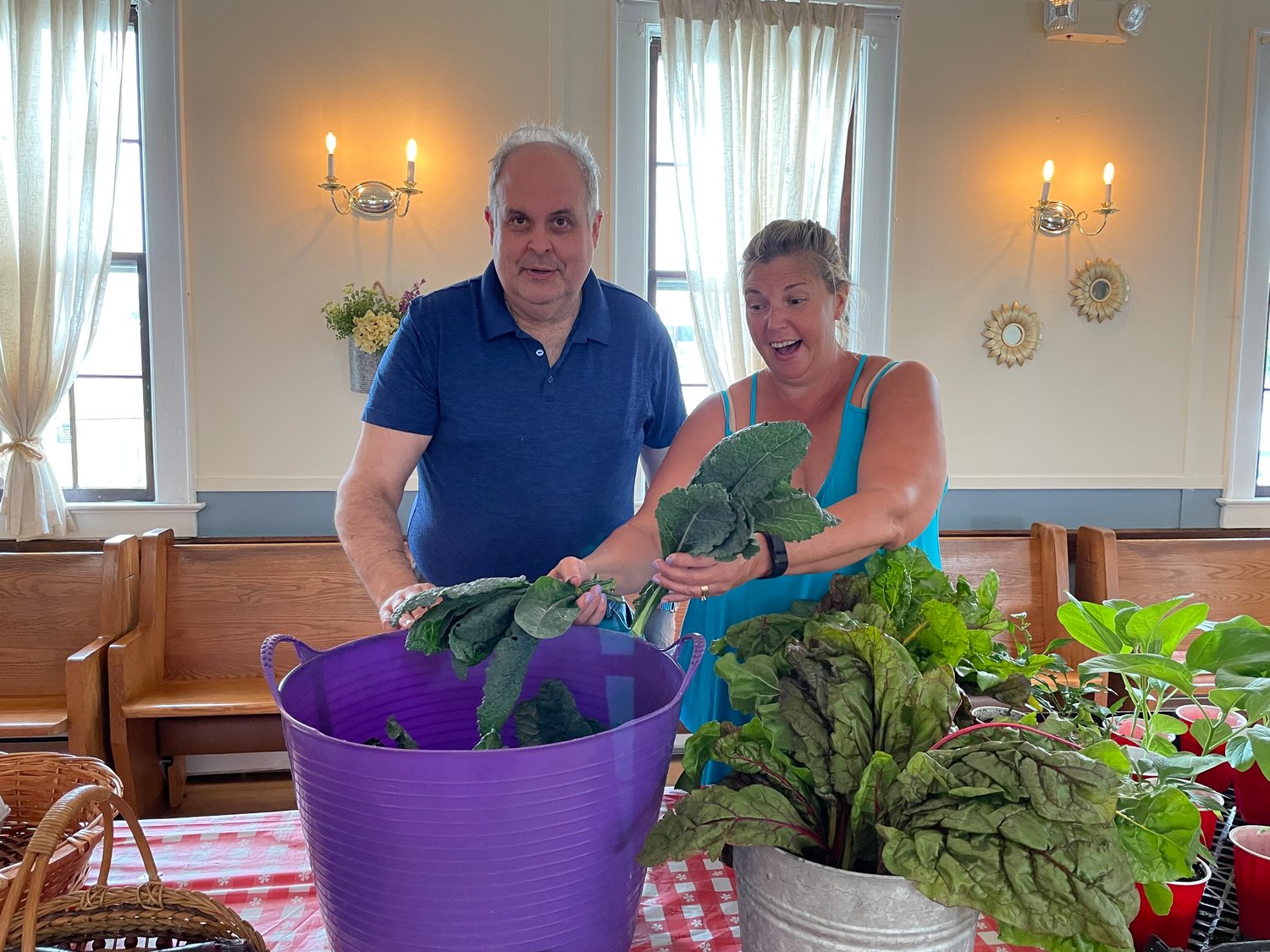 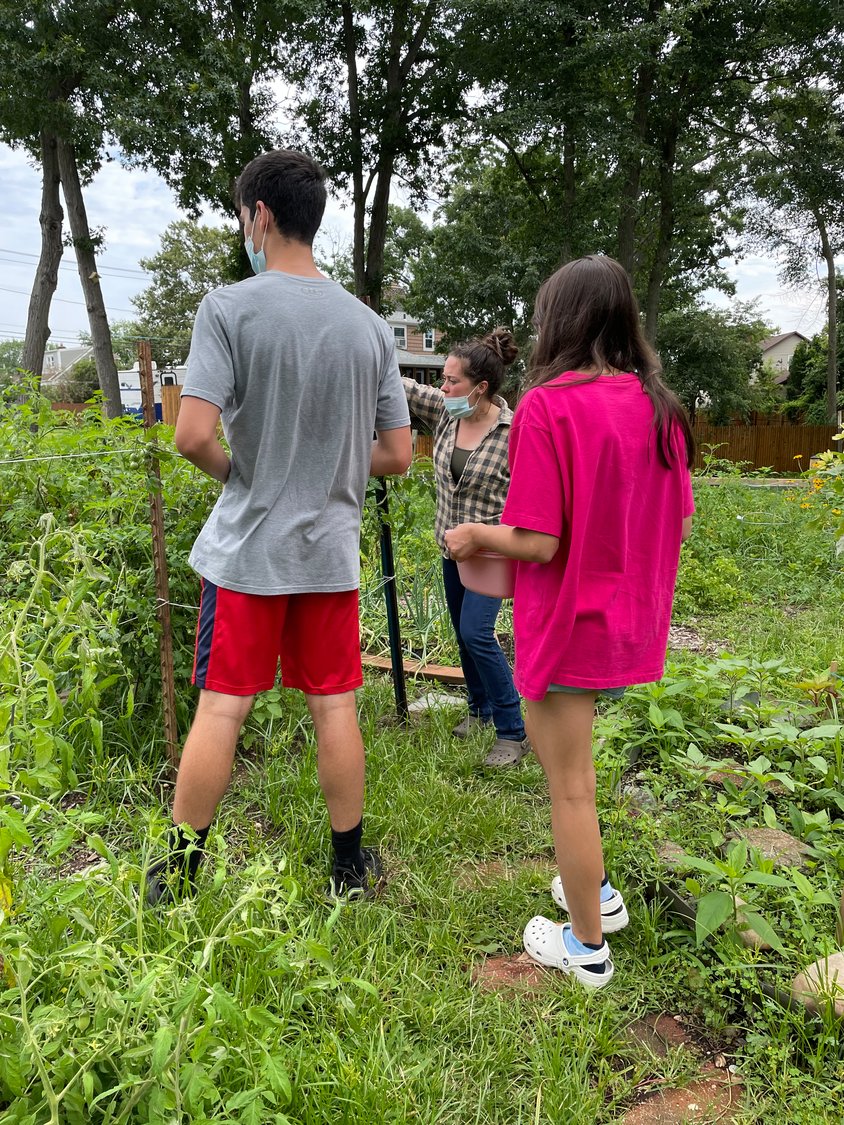 Talbot directed young volunteers outside in the garden.
Jordan Vallone/Herald 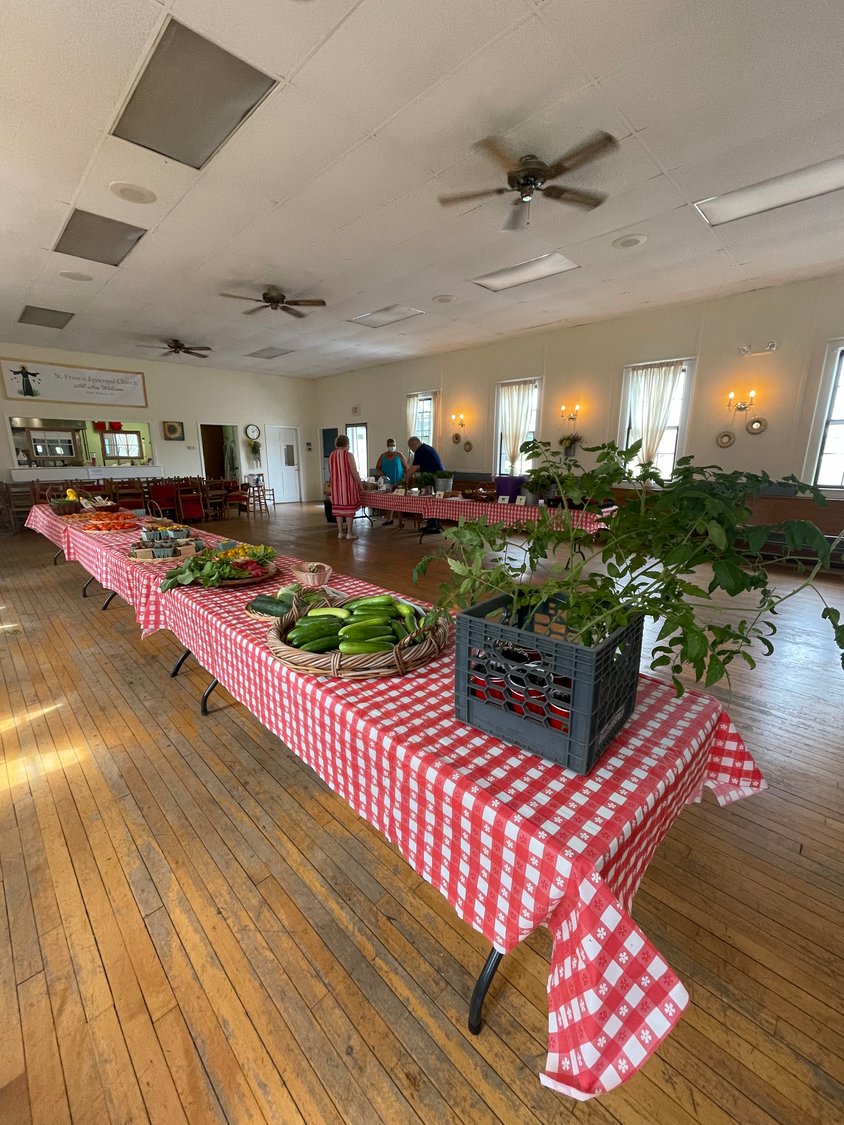 Produce pickup takes place every Sunday from 11 a.m. to 2 p.m., inside the hall of the church.
Jordan Vallone/Herald 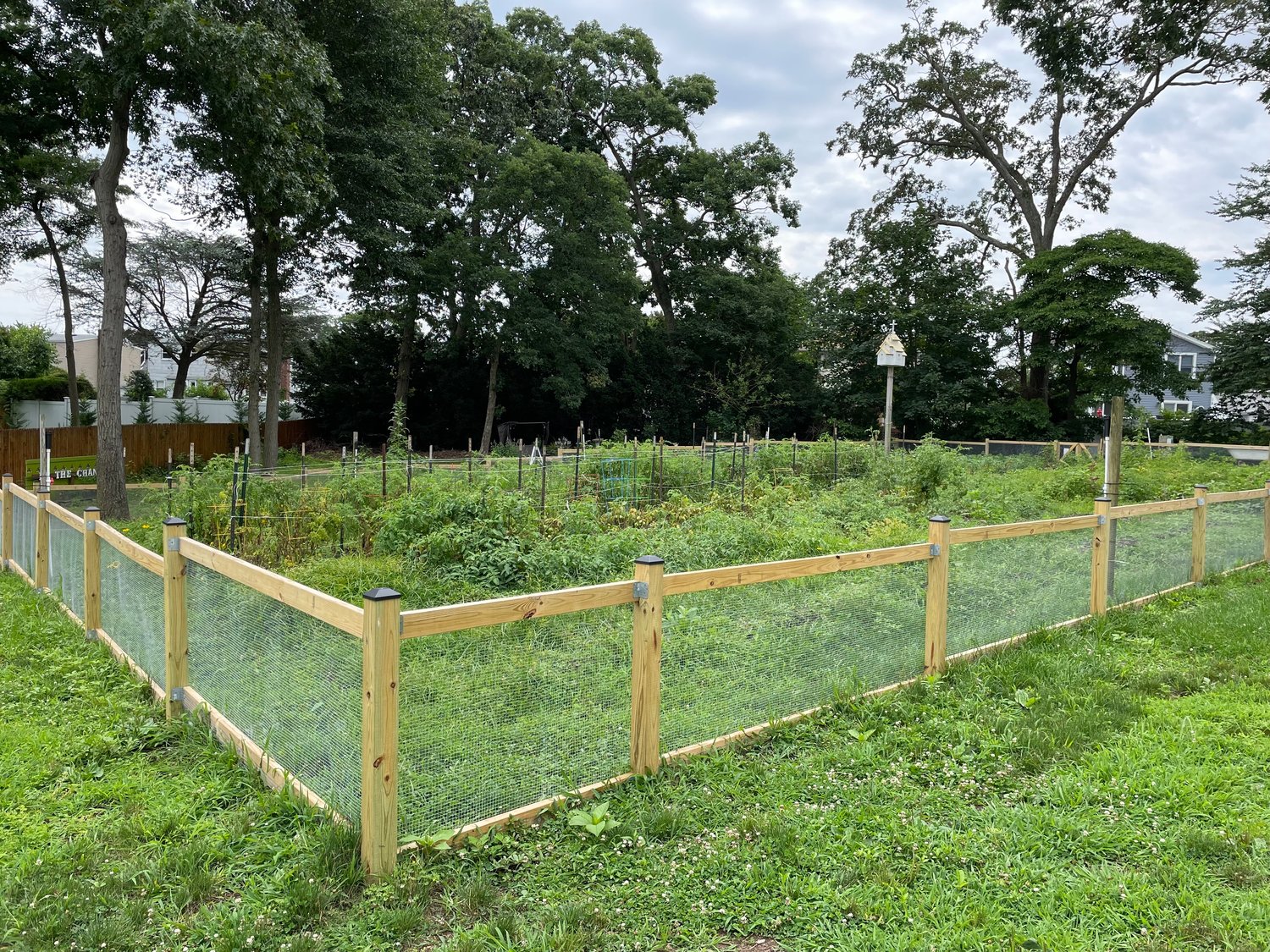 Outside, the rows of fresh produce, flowers and other plants are protected from rabbits by a recently installed fence.
Jordan Vallone/Herald
Previous Next
By Jordan Vallone

St. Francis Episcopal Church in North Bellmore hosted its first produce pickup Aug. 1 in conjunction with its community garden. The Garden at St. Francis is in its 11th growing season, and provides fresh produce to local shoppers, donating remaining goods on a weekly basis.

“There’s a farmstand every weekend,” said the Rev. Christopher McNabb, a priest at the church. “We sell whatever we bring in from the garden, and whatever is left, we donate.”

The garden has had a few setbacks this season, according to Kristin Talbot, its new  manager, who started in June.

“A branch fell down during Tropical Storm Elsa, which took out the beehives,” Talbot explained. “The church is under construction, and our irrigation system also went down.”

Despite the setbacks, the church opened last weekend for its first-ever produce pickup. Produce pickups will continue through October, every Sunday from 11 a.m. to 2 p.m.

Talbot said that throughout the pandemic, she has watched the garden become a sanctuary for many people. “It attracts more than just people of the Christian faith,” she explained. “It has become a social refuge for a lot of people.”

Volunteers at the garden are able to work mostly outside, in a socially distanced setting, with the choice to wear a mask or not.

Talbot, who grew up in Wantagh, said that she has always been interested in gardening and farming, neither of which is always easy in Nassau County. “I drove by this garden for many years and never realized it was open to me,” she said. “We want to bring volunteers in from the community — bring people into the garden.”

Volunteer opportunities are plentiful at the garden, and students can lend a hand for school programs. Talbot shared that garden volunteers work closely with the Helen Keller Services for the Blind, which supports people who are visually impaired.

“We are volunteer-run and volunteer-minded,” Talbot said. “All of the squash and zucchini were planted by the visually impaired. We are open to the community, no matter who it is.”

Talbot said the Episcopal Ministry supports the garden, which has been a great help throughout the pandemic — “We would not be around if they didn’t support us,” she said.

The garden boasts many rows of fresh produce, other plants and flowers, and beehives, which pollinate the plants and produce honey. Unfortunately, due to the damage sustained, Talbot said it is unlikely that they’ll be able to harvest anymore honey this season.

The garden is also self-sustaining and 100 percent organic. No pesticides are used, and the garden is fed with compost. Recently, a fence was added to protect the plants from rabbits.

Talbot added that remaining produce from each week gets donated to local food banks and those in need.

“People need the support now more than ever,” said Carl Bucking, another volunteer, at the produce pickup.

“The Garden at St. Francis heals the Earth and feeds those in need,” according to its motto. People can follow the garden on Instagram, @the.garden.at.st.francis, and on Facebook, @thegardenatstfrancis.

“This is an open space,” Talbot said. “We need the community to continue to support us and learn the value of understanding gardening.”