Honoring the fallen with a new memorial 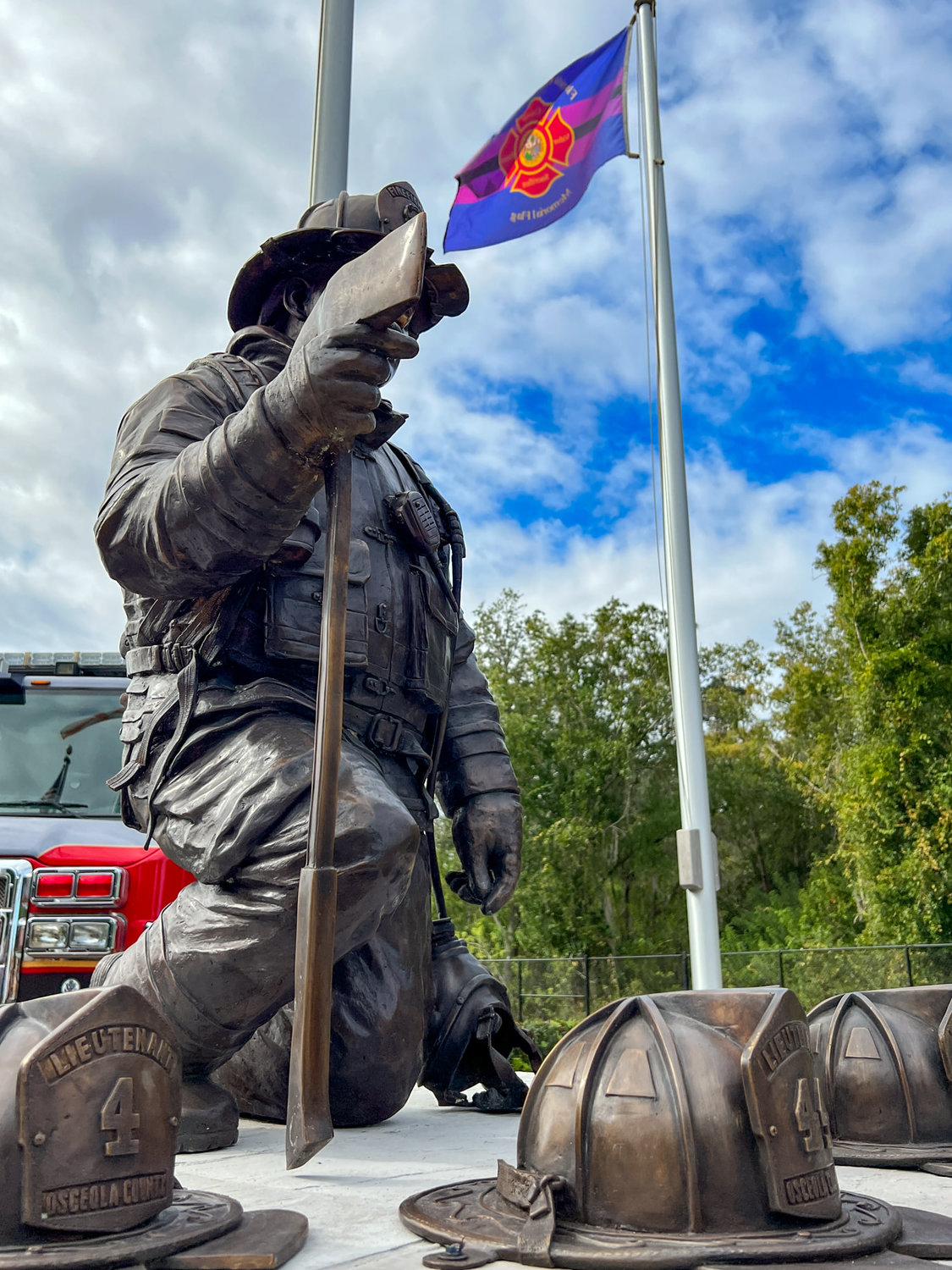 A new memorial created by Bronze Depot, honoring firefighters who died in the line of duty, will be coming to the North Merrick Fire Department sometime this summer. It will resemble, though differ slightly from, the statue above, which was created for a department in Osceola, Fla.
Courtesy Richard DeVuono 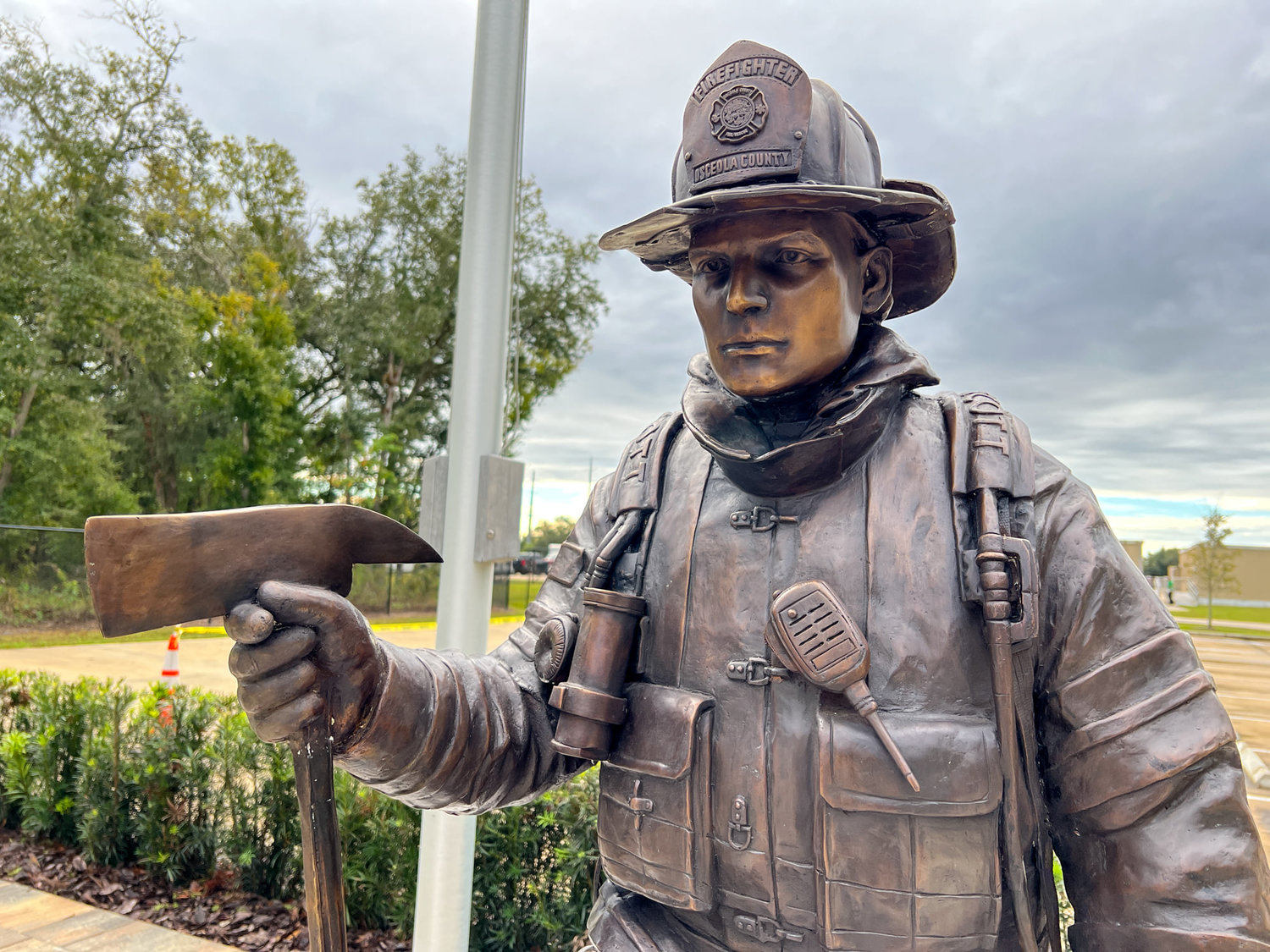 Statues by Bronze Depot are customizable, and departments can work directly with owner Richard DeVuono to design and brand their memorials.
Courtesy Richard DeVuono
Previous Next

I believe one belongs in every firehouse, just as a memorial for past brothers.”
Richard DeVuono, Owner, Bronze Depot
By Jordan Vallone

Bronze Depot, a Florida-based bronze statue company, is in the process of creating a memorial for the North Merrick Fire Department, to be installed at its Camp Avenue headquarters sometime this summer. The project, which is being overseen by the NMFD board of commissioners, will bring the first memorial to the department honoring firefighters who have died in the line of duty.

Richard DeVuono, founder and owner of Bronze Depot, who lives in Orlando, Fla., told the Herald that he has strong ties to both Long Island and to fire departments. He is originally from Valley Stream, where his father was a volunteer firefighter, and his uncle was at one point a chief of the Elmont Fire Department.

Bronze Depot, which has been in business in Orlando for 25 years, offers a large selection of bronze statues, fountains and benches, among many other creations. “We provide a series of stock statues that we import from Thailand,” DeVuono said. “No one is exactly like the other — they’re very unique. Each one is its own creation.”

Bronze Depot’s statues are individually designed by DeVuono. Once a design is finalized, the statue is completed in Thailand, in order to help reduce costs. Bronze statues are created at bronze foundries, he explained, and in the U.S., statues can be 50 times more expensive than those made elsewhere.

“We don’t just take orders for something — we sit down and discuss what they want and how it will look,” DeVuono said.

About two years ago, he said, he was contacted by a firehouse in Dudley, Mass., inquiring about a memorial statue. “I did a drawing — they loved it,” he said. “It was beautifully detailed.” After that, a fire department in Osceola, Fla., inquired about one for them. The statue for the NMFD will be Bronze Depot’s third installment in its memorial line, DeVuono said. The nascent demand for such statues also inspired him to design a line of smaller, 16-inch tabletop memorials.

DeVuono noted that there are over 27,000 fire departments across the country. “I believe one belongs in every firehouse, as a memorial for past brothers,” he said of his statues.

He is in the process of creating a website on which people can donate a statue, or approach local businesses to sponsor a statue on behalf of a person or a department. DeVuono added that he is negotiating with the Tunnel to Towers charity in order to do something for the organization, and the website will offer a link to donate to it.

Paul Wilders, an ex-chief and a current commissioner for the NMFD, told the Herald that having a memorial at the department has always been on the wish list. “We never had a post-9/11 memorial at the firehouse,” he said.

On Dec. 4, 2020, Joseph Vicario, former chief of the department, died of post-9/11 cancer, Wilders said. It was around then that department members decided it was time to put up a memorial at the firehouse. It will pay tribute to those who have died in the line of duty, Wilders explained — in particular, Vicario and firefighter John Farrell, who died in a car accident in August 1999, while on the job.

“We came up with ideas and drawings to signify all members of the department,” Wilders said of the design process with DeVuono. “It was a totally personalized branding of our statute.”

The memorial will feature a kneeling fireman wearing a North Merrick helmet with the department’s company number, 670, and the NMFD patch on his left arm. In front of him will be two helmet pieces — one for Vicario and one for Farrell, which will include their titles in the department, their individual numbers — 671 and 673 — and the department’s name. The statue will be funded as a capital improvement project of firehouse property, Wilders said.

DeVuono said he planned to visiting North Merrick sometime in early spring, to scout the best location for the statue, which will go to the department’s headquarters on Camp Avenue. He added that he hoped it would serve as an inspiration for nearby departments that may be interested in one as well.

“We hope to unveil it in the summer of 2022,” Wilders said of the memorial. “Sometime between the end of June and Sept. 11.”

Bronze Depot’s creations are featured on its website, bronze-depot.com. DeVuono can be contacted at bronzedepot1@aol.com or at (321) 804-4642.