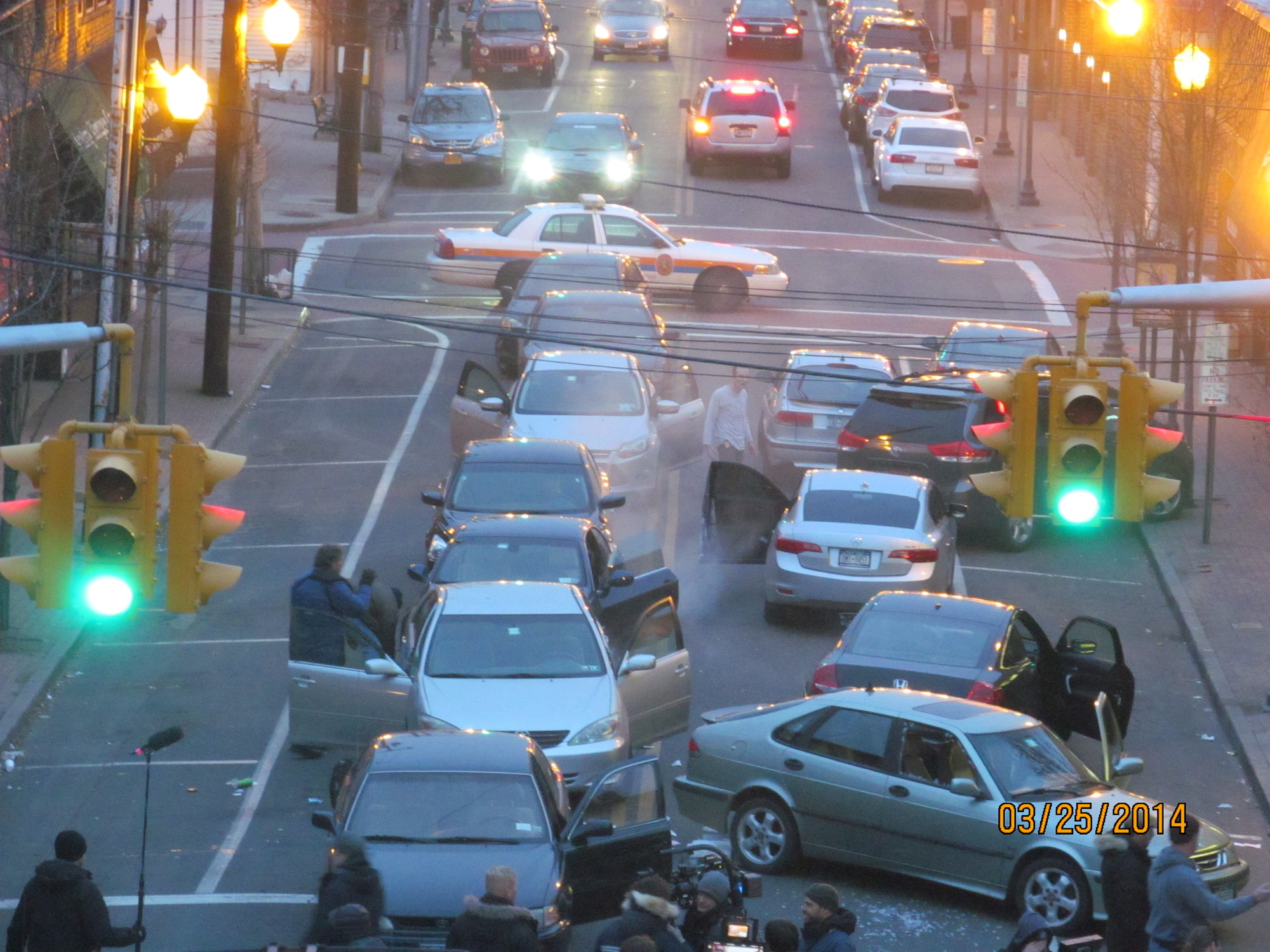 A scene for the pilot of “Babylon Fields,” a television show featuring zombies, was filmed in Bellmore’s downtown on March 25.
Courtesy John Scalesi
By Julie Mansmann

The producers of “Babylon Fields,” a television drama ordered by NBC, staged the scene for the new pilot of the show, which is set on Long Island.

Nassau County Police Department officials said the county granted Michael Cuesta, the pilot’s director and a Long Island native, permission to film on Bedford Avenue from 5:30 to 9 p.m. They said the shoot went smoothly, as they faced no trouble detouring traffic around the set.

The show’s plot, according to its Internet Movie Database page, focuses on a mysterious occurrence causing the residents of Babylon to come back from the dead. The pilot was originally produced in 2007 for CBS, but NBC ordered a new episode last year.

According to IMDB, the cast of “Babylon Fields” comprises actors like Virginia Madsen, who was nominated for an Academy Award for her role in “Sideways,” Meagan Good of “Deception,” and Kyle Schmid of “A History of Violence” and “The Sisterhood of the Traveling Pants.”

The “Babylon Fields” premiere date is yet to be announced.