County’s Clean and Seed is back 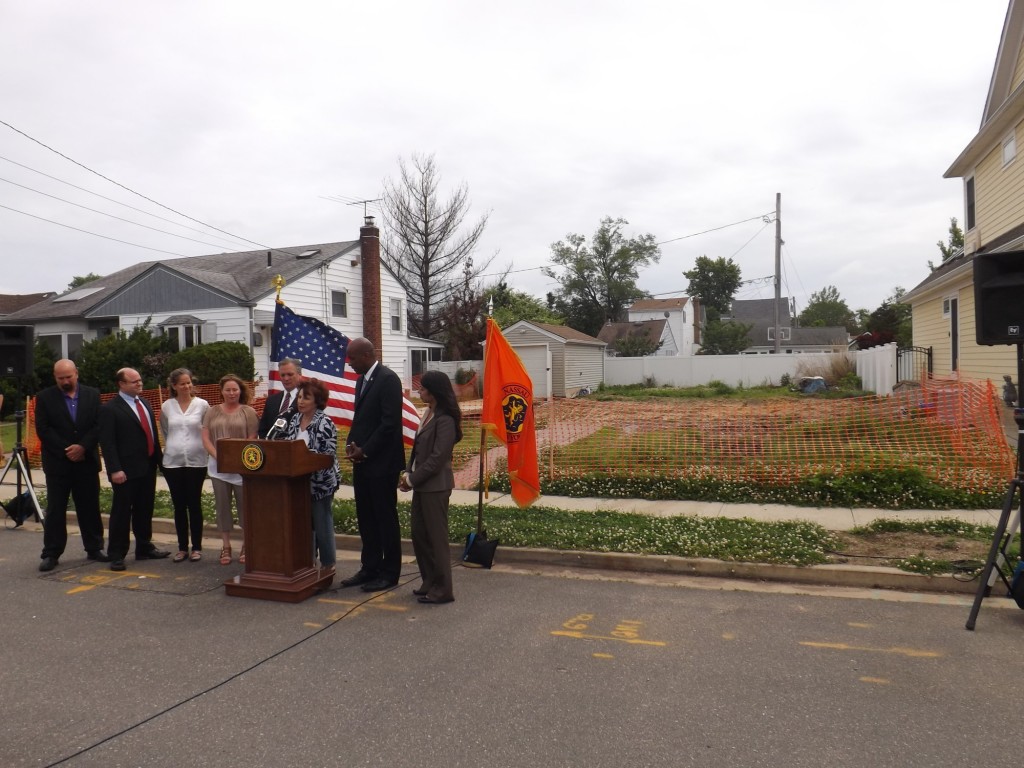 County officials announced a bipartisan deal to re-establish the Clean and Seed program in front of an East Rockaway property, at right, that is vacant as a result of Superstorm Sandy.
Brian Croce/Herald 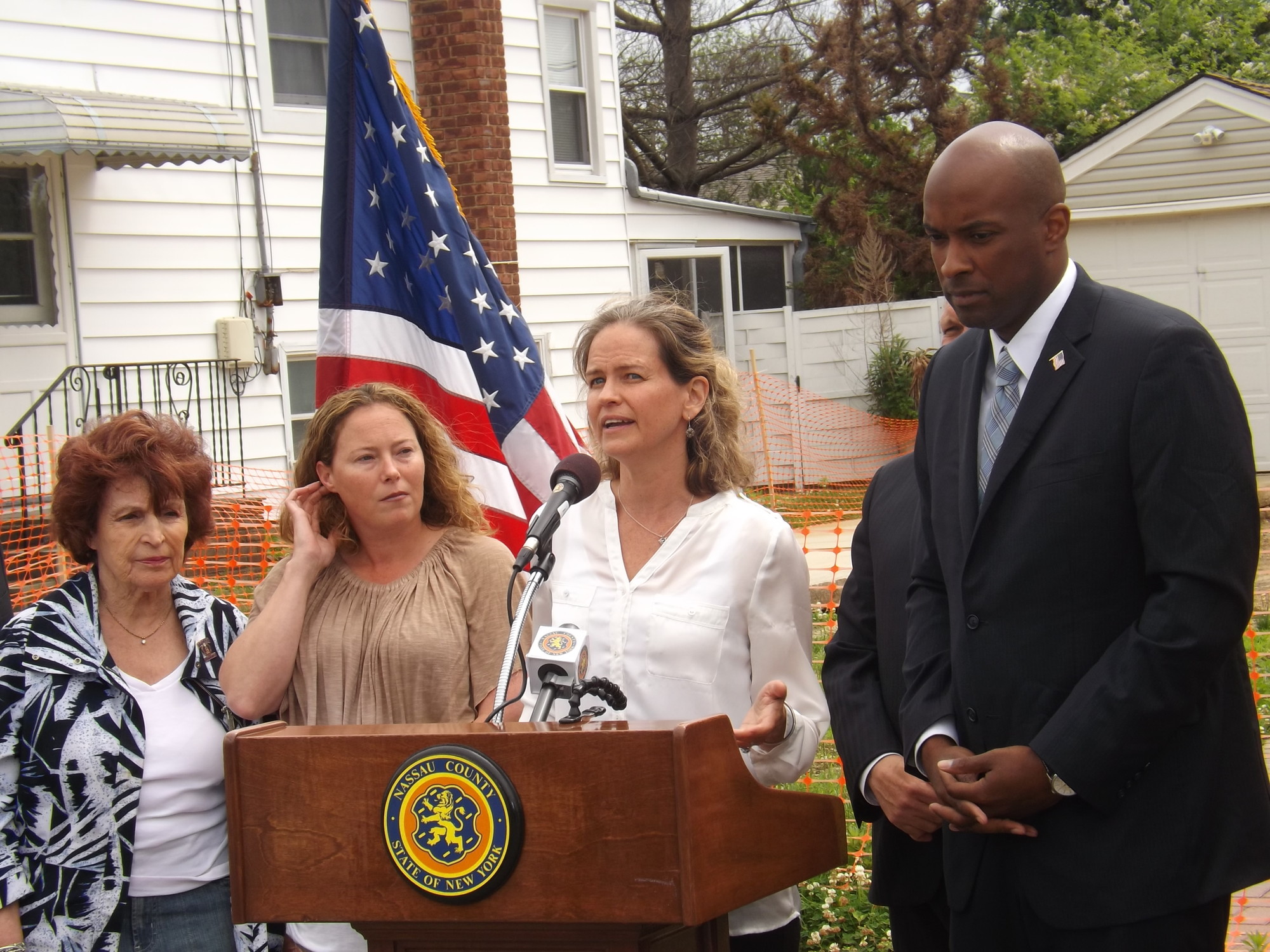 Legislator Laura Curran , second from right and her colleagues in the County Legislature, including Norma Gonsalves, far left, and Kevan Abrahams, said that re-funding the program was the right move at a press conference last week in front of the property of East Rockaway resident Theresa Gaffney, second from left.
Brian Croce/Herald
By Brian Croce

As many South Shore residents continue to pick up the pieces 19 months after Superstorm Sandy, county officials announced a bipartisan agreement to approve $14.4 million in borrowing to re-establish its Clean and Seed program.

The county declared a state of emergency two weeks after Sandy for homes on North Boulevard, in East Rockaway, and Barnes Avenue, in Baldwin, where there were breaches in sewer mains, causing sewage to bubble up into the surrounding streets and houses. The county established the Clean and Seed program last year, to remove toxins from lawns in those neighborhoods and others across the county, with $2 million in capital funding, but after assisting 200 homeowners, it ran out of money. According to Nassau County Executive Ed Mangano, there are currently 1,494 homes still on the program’s list.

The county launched a separate interior home cleaning program for sewage-stricken homes in 2012.

Legislators on both sides of the aisle came out in favor of the borrowing plan after it was passed in committee sessions earlier this month. The funding was unanimously approved on Monday by the full Legislature.

Shila Shah-Gavnoudias, commissioner of the county Department of Public Works, explained that after a homeowner requests to be part of the program, the property is assessed and, if it is approved, an outside firm strips the lawn and the top three inches of soil, puts down fresh soil and reseeds the lawn. A third party then inspects the work to make sure it has been done properly.

Legislator Laura Curran (D-Baldwin) said that the program was important, and that she was glad its restoration was approved by legislators on both sides of the aisle. “The grass seeds could care less about politics,” she said. “They’re much more concerned with sunshine and rain.”

Seaford, Wantagh still on the mend