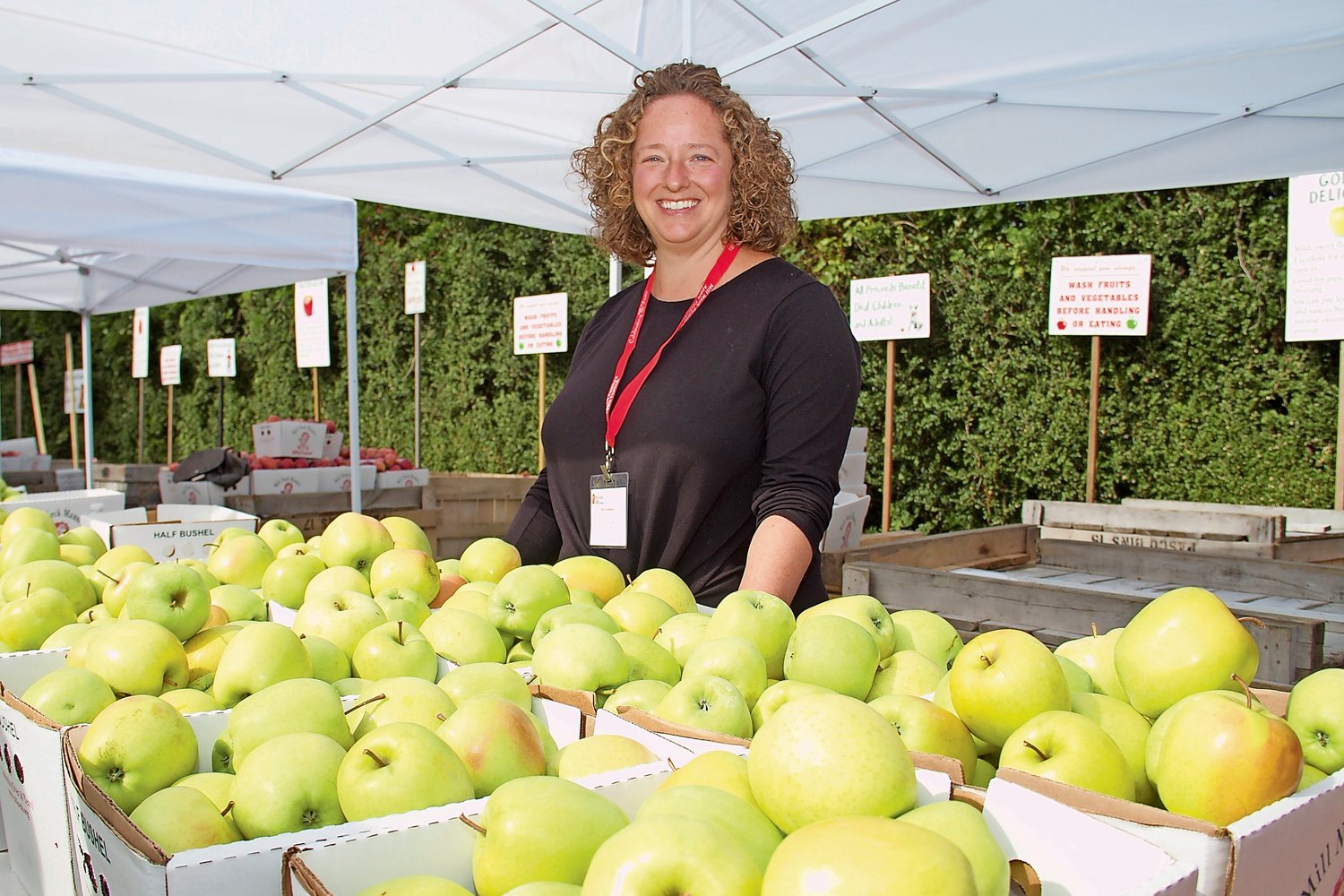 The Mill Neck Family of Organizations is resuming its popular Apple Festival on Oct. 8 and 9, from 10 a.m. to 4 p.m. Although the coronavirus pandemic didn’t stop the organization from holding the festival in 2020 and 2021, the experience was much different from what people had come to expect: They drove to Mill Neck Manor to pick up apples they had ordered, and remained in their vehicles while their purchases were delivered to them.
Toula Ramey, of Oyster Bay, a co-chair of this year’s event, said that there had still been “a decent turnout” the past two years, but there is much excitement this year about the return of the traditional festival. Expectations are high, she said, that crowds of 20,000 to 30,000, which are a tradition, will return.
“We’re trying to keep things as traditional as possible this year, but we’re also adding a couple of new elements,” Ramey said. “This has always been a fun-filled festival that brings people from all over Long Island to this one spot. And for the deaf and hard- of-hearing community and our alumni, it’s a homecoming,” she added, referring to the Mill Neck Manor School for the Deaf.
Unlike other years, the 26 vendors will include local businesses, including Bayville’s Over the Bridge, a store selling beach-centric items, and the Oyster Bay Brewing Company, which has created a fall-inspired beer called Mill Neck Manor’s Mission True Pumpkin Brew.
This year there will be live music, American Sign Language classes and even a pie-eating contest.


“And this year, to be sensitive to Covid, we aren’t having everything in the same area,” Tim Charon, an event co-chair, explained. “We’ll have more things to do near the manor house now. We have an 86-acre campus here, and want people to experience more of it then in the past.”
Charon, of Bayville, began volunteering at the Apple Festival with his five brothers when he was 5. He remembers how much fun they had riding golf carts as they cleaned up after the event. Tim’s father, Bill, was the business manager at Mill Neck for 35 years, and is now on the board. The Charon family has always volunteered at the festival, and past events are some of Tim’s most cherished memories.
“Mill Neck has always been family to me,” he said. “Everyone here feels like family. My dad ran the Apple Festival with others for my whole life. For me to walk in Dad’s footsteps and be part of the Apple Festival, it’s very special to me.”
This year’s event will be another family affair for the Charons. Tim’s wife, Kim, will be on hand at the cheese house to teach visitors how to make items that would be included in a charcuterie tray. She has her own business, Charcuterie and Things, and wants to share some of her secrets — like how to make salami roses.
“I’ve been going to the Apple Festival for 21 years, since I’ve been with Tim,” Kim said. “I always loved it. I love the fall, so I love all the things that go with it — pumpkins, the pies. And I like to walk around the grounds, which are so pretty and picturesque, to take photos.”
Mill Neck’s CEO for the past two years, Asiah Mason, said that people have been excited about the festival’s return. “When I was voting, at the nail salon, when people heard the Apple Festival was returning, they perked up,” Mason said. “I can’t wait to bring my grandchildren.”
The proceeds from this year’s event will benefit Mill Neck Manor’s DayHab center, housed in a 100-year-old building that is in desperate need of renovations. Proceeds will also help Mill Neck Manor School for the Deaf teachers purchase school supplies.
The festival, which was first held in 1951, would not be possible without the efforts of the Mill Neck staff, more than 200 volunteers, school alumni and board of trustee members. And the event, Tim Charon said, which draws so many people from the deaf and hard-of-hearing community, is important for another reason.
“I never got the chance, before I volunteered here as a kid, to communicate with deaf and hard-of-hearing people and to socialize with them,” he said. “It opened my eyes to be with people from different walks of life here.”
His wife agreed. “Anything we can do to open our children’s minds to understand different people is always a benefit,” Kim said. “Interacting with the deaf and hard of hearing, to see all of these people and to be able to be in the same space with them and do the same things, it’s great.”
Report an inappropriate comment