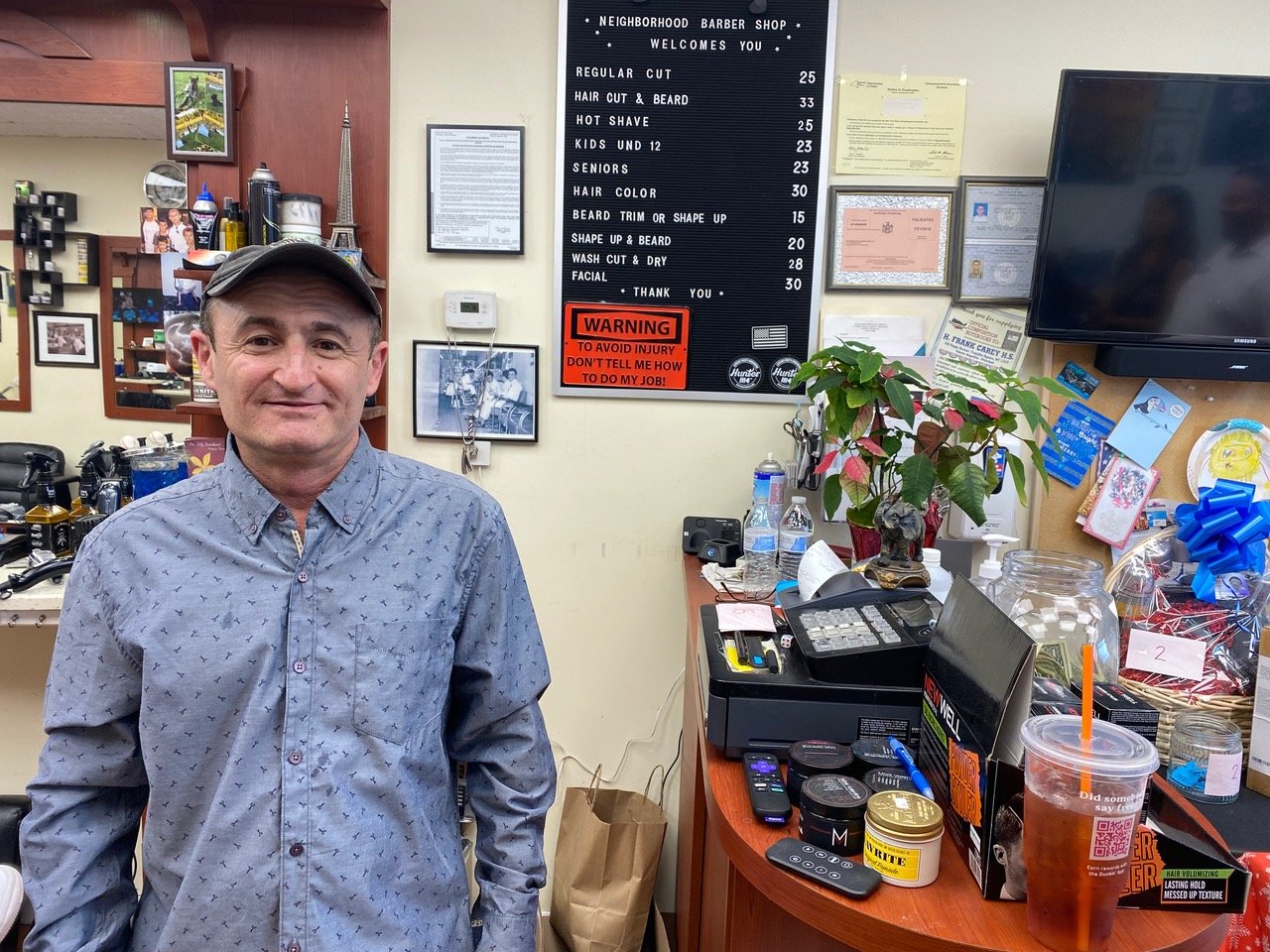 Life is tough, and it's better that we help each other”
Ruben Zargarov
By Robert Traverso

Ruben Zargarov, owner of the Neighborhood Barber Shop in Franklin Square, has provided free haircuts to local children with disabilities for years. On Aug. 14, the barbershop is hosting a fundraiser to support Franklin Square families with children who have autism and other disabilities.

“These families are struggling,” said Zargarov. “I try to help local families.”

The fundraiser at the barbershop, located at 517 Franklin Ave., will include raffle prizes as well as music, a barbeque and activities for children. The event will take place from 11 a.m. to 5 p.m., and the proceeds will be directed solely to Franklin Square families who have children with disabilities.

During the fundraiser, Zargarov will not be paid for the haircuts he provides, but the costs will be donated to local families.

“He’s just genuinely a great person,” Baldo LaRussa, a real estate agent at the Keller Williams firm in Franklin Square, said about the barber, who has cut LaRussa’s hair for years and has become his friend.

On Aug. 14, Zargarov’s barbers, who are said to be excited to help out during the fundraiser, will be paid out of pocket by Zargarov.

“He’s taking money out of his pocket and family’s mouth to donate a full day to help somebody else, which is nowadays unheard of,” LaRussa said, adding that the owner’s generosity has encouraged other local businesspeople to work with him to help families in need.

“He’s a beautiful person,” said Barbara Ventura, who also works for the Keller Williams firm and is LaRussa’s partner at the Sold by Baldo Team. She said they are happy to work with someone as dedicated to local Franklin Square families as Zargarov.

One family at a time

In 2018, Zargarov held a fundraiser for a family from Queens with children with disabilities, but that was not successful, he said.

This year, Zargarov reached out to well-connected community figures in Franklin Square, such as LaRussa, to draw their friends and families out to the fundraiser and to raise donations. Jack Joshi, owner of Maxis Cigar Lounge in Franklin Square, and Stephen Khadaroo, owner of Mach-Speed in New Hyde Park, also contributed items that will be raffled off at the event.

While Zargarov said he would like to benefit the entire community, he described this goal as impractical because it would be harder to raise enough funds to do so.

His goal, instead, is to help individual local families in need, one at a time, over the course of years.

The friend, a graphic designer from Franklin Square, was let go from his job and later rehired at a lower salary, which he accepted because he needed to support his family. LaRussa described the man and his wife as hardworking but challenged by the struggles of raising four children with disabilities.

“This would be a huge help for them,” LaRussa said of the Aug. 14 fundraiser.

The barber does not advertise this service that he has provided free for years.
“He does this to clean his soul … the guy is golden,” LaRussa said.

Zargarov said he plans to hold a fundraiser for local children with autism annually at the barbershop.

“Life is tough, and it’s better that we help each other,” Zargarov said. “This makes me feel good, and the people who help me, it makes them feel better, too."