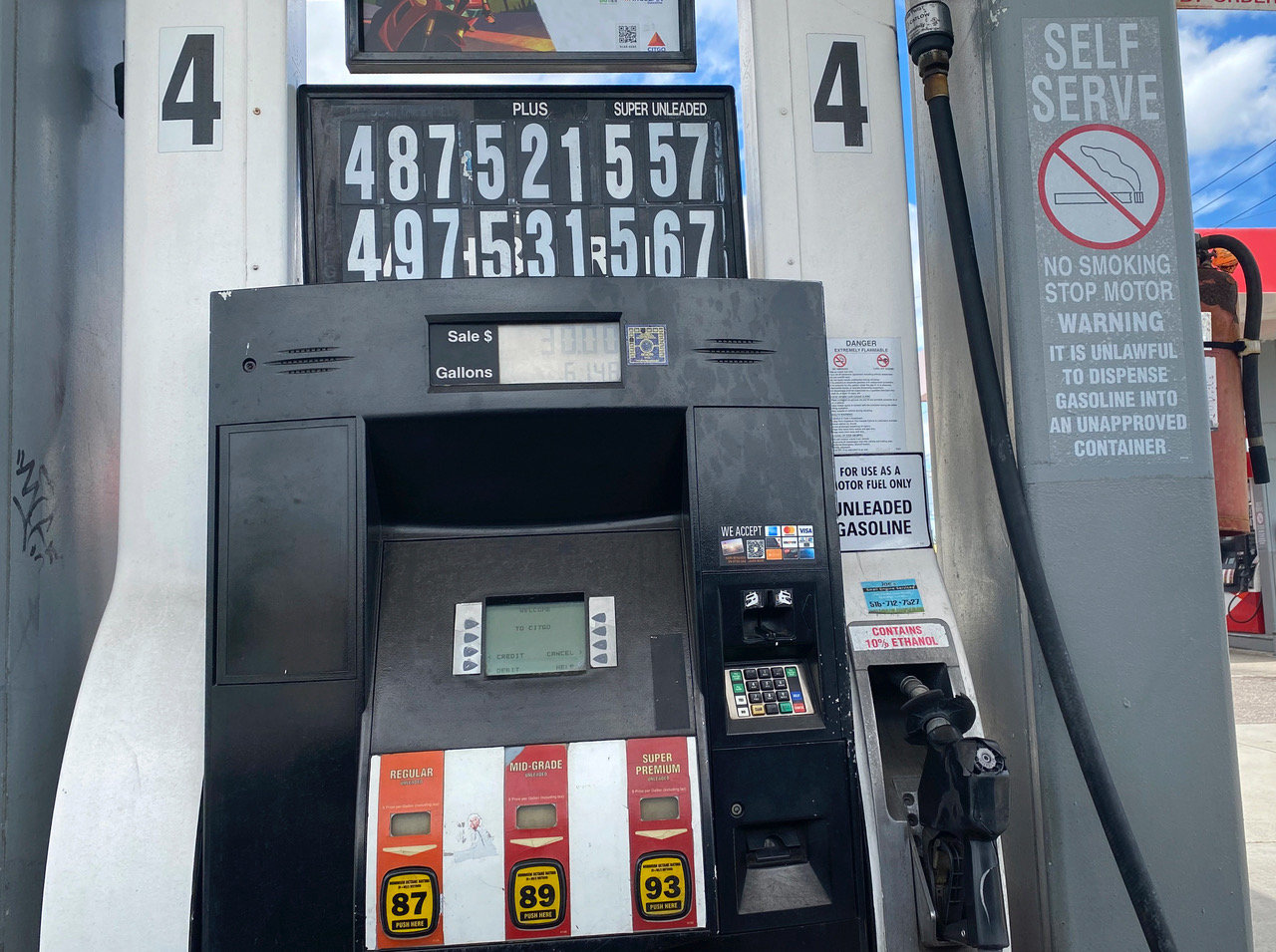 Elmont residents said they were routinely paying double what they normally spend to fill up their vehicles amid the rise in gas prices.
Robert Traverso/Herald
By Robert Traverso

The average price of a gallon of regular gas rose to over $5 earlier this month for the first time in history, and Elmont residents have adjusted their daily lives and summer plans as a result.

The price of gas has risen roughly 60 cents a gallon since last month, and the average price is now above $4 in all 50 states. According to The New York Times, energy experts have estimated that for every one-cent increase, Americans spend an extra $4 million per day.

“I need my car to get from point A to point B,” said Claudine Hall, the president of the Jamaica Square Improvement League and an Elmont community advocate, adding that she had stopped coming home after work before heading out again for meetings later in the day, and instead arrives at meetings early and waits, in the interest of limit her spending on gas.

Experts point to three main causes of the rise in prices: a cyclical increase in demand for fuel that happens every year around Memorial Day; the Russian invasion of Ukraine, which took millions of barrels of oil off international markets; and a rise in energy use stemming from the recovery of the U.S. economy from the coronavirus pandemic.

Charles Guder, who lives on Dutch Broadway, on the border of Valley Stream and Elmont, said he believed people were adjusting their financial plans and cutting back in other areas of daily expenses to account for the rise in gas prices.

“People are cutting down on the around-the-corner trips with the car, and they’re finding other ways in which to save some of their money,” Guder said, adding that it used to cost him $30 to fill up his car, and now it costs him $50.

The predictably strong demand for gasoline brought on by summer travel is exacerbating the problem of limited supplies, experts say, pushing prices higher at the same time that drivers are returning to the road, perceiving that the coronavirus pandemic has faded.

Hall said she avoided travel during the pandemic, and now is doing so because of the expense. “I would normally get in the car and do a road trip,” she said, “but you can’t do that anymore.”

“I’m afraid that the economy is going to crash,” said Samantha Baptiste, an Elmont resident who said the rise in gas prices is hurting people financially.

Food prices have also risen dramatically in recent months — nearly 9 percent between February 2021 and February 2022. Hall said that the pantry at the Emmanuel Baptist Church in Elmont, where she is vice president, is as busy as it was at the height of the pandemic.

Baptiste said that food and gas prices have risen equally high in her mind, and Hall said that she could imagine inviting fewer people to her home for a barbecue this summer, or asking guests to contribute food.

To ease the pressure of record-high gas prices, Nassau County began a gas tax holiday on June 1, eliminating the sales tax on the portion of the price of gas that exceeds $3 per gallon. The county plans to extend the tax holiday through the end of the year, in anticipation of continued high prices. On June 1, New York state reduced gasoline taxes by 20 cents per gallon, and estimated that, overall, this will cut the price of filling up by 28 cents per gallon.

The global head of energy analysis at Oil Price Information Service, Tom Kloza, told The New York Times that the average American consumer is currently paying $450 per month for fuel, compared with just over $100 in 2020, at the beginning of the pandemic.

Baptiste said she was paying $100 to fill up her SUV, which used to cost $50 to fill up. Because of this, she said, she believes people will cut back on taking vacations by car this summer. “It makes you want to stay home more,” she said.