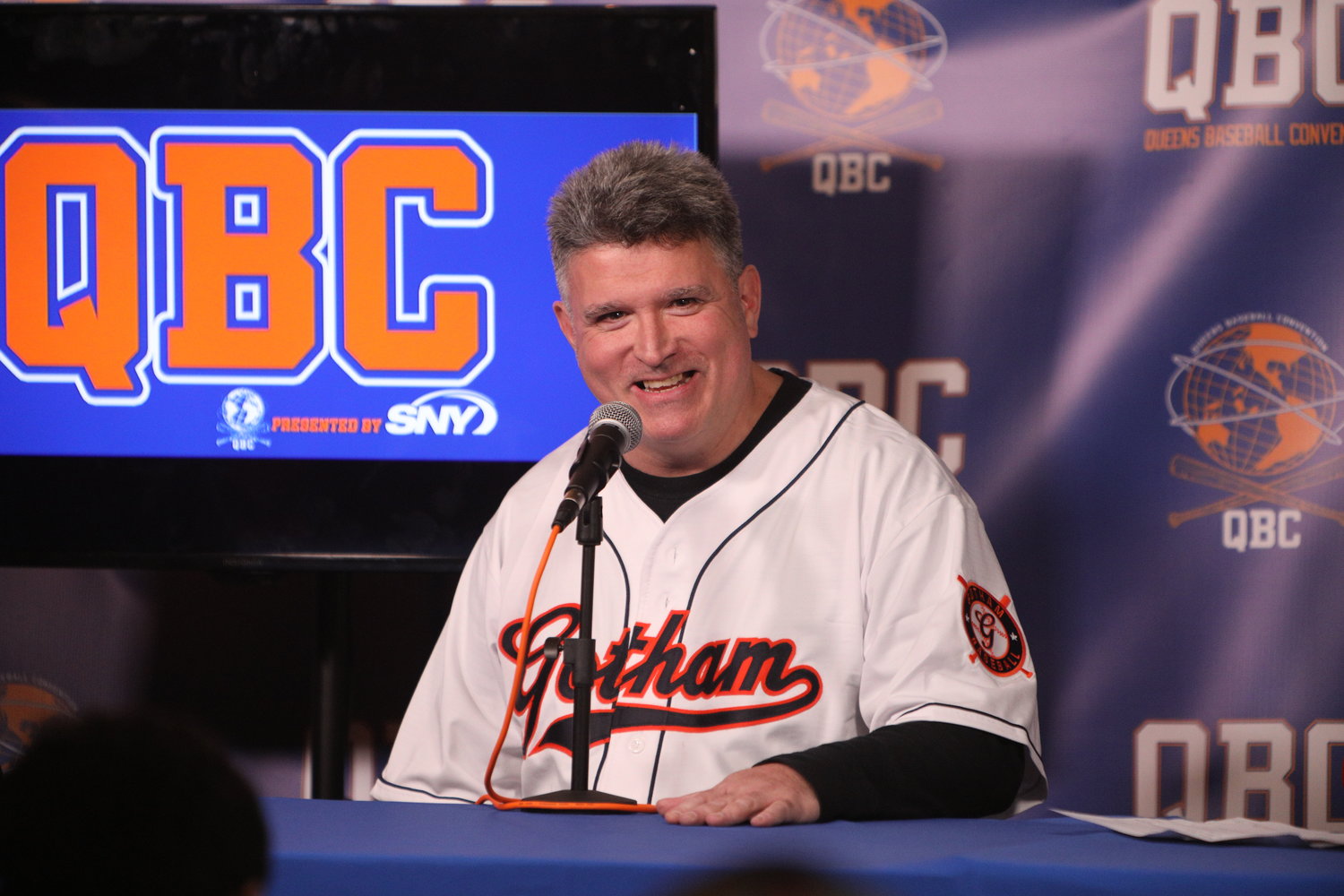 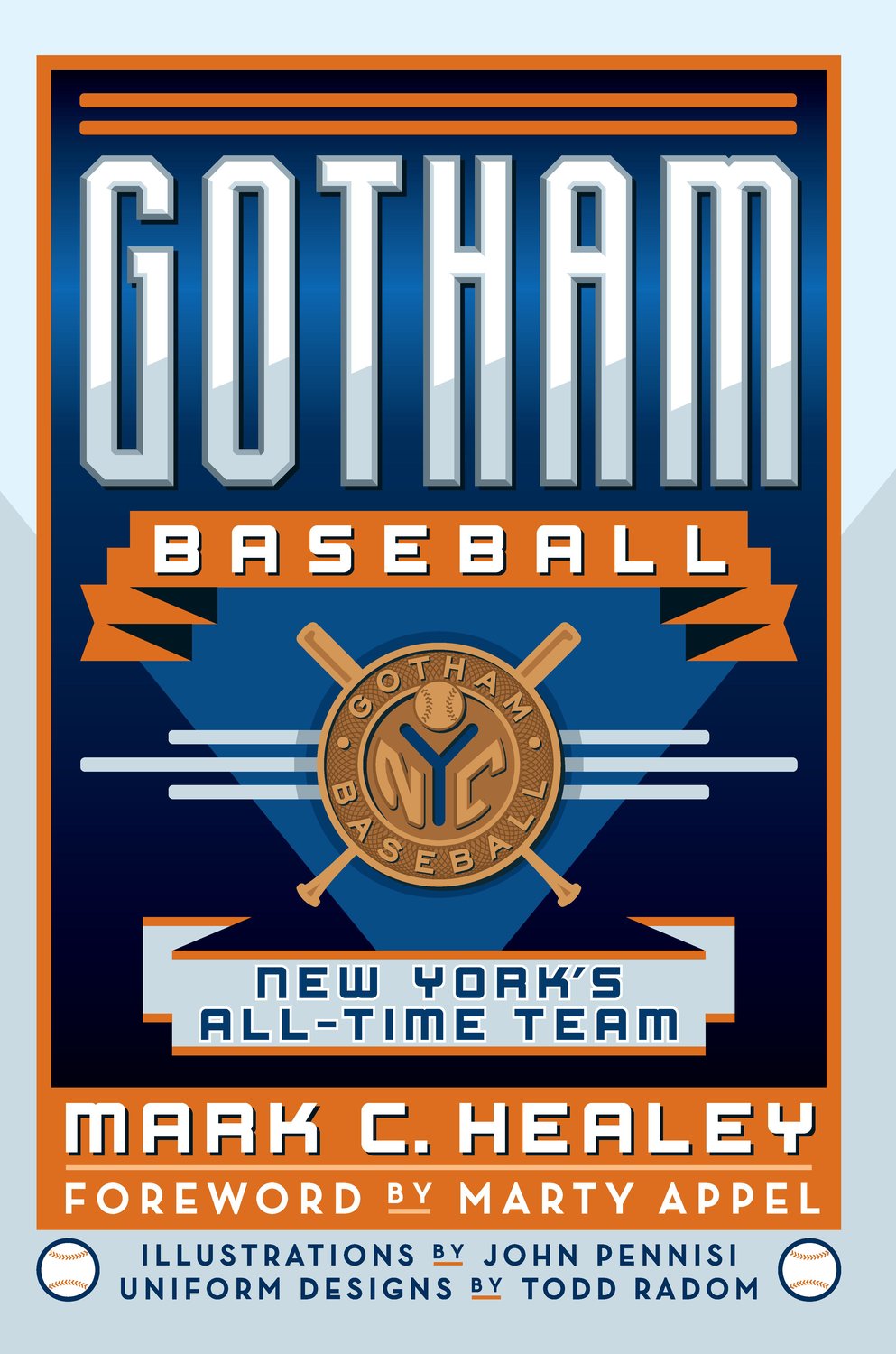 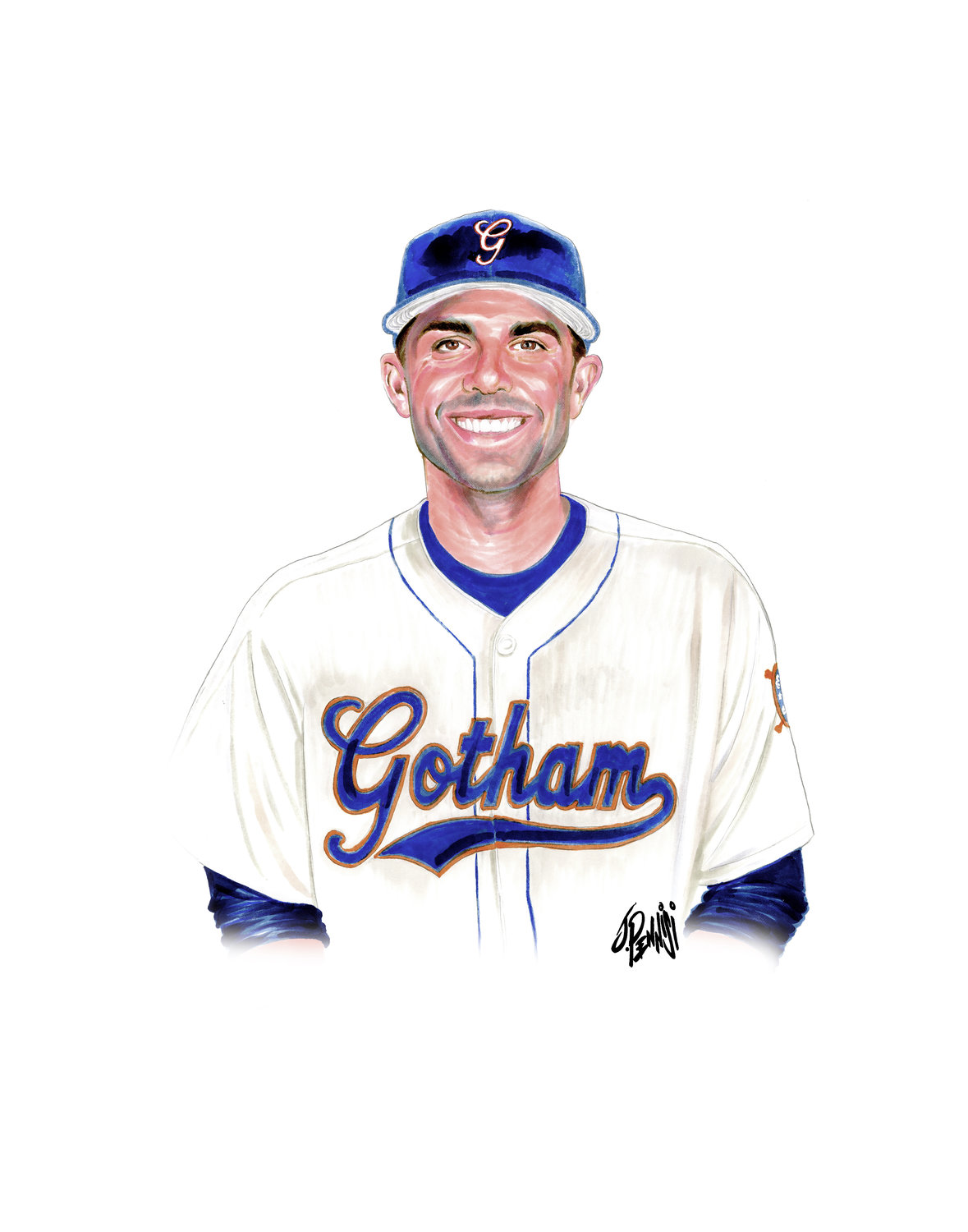 Lynbrook resident Mark Healey said he has always had a passion for baseball and its rich history, which he channelled to publish his book, “Gotham Baseball: New York’s All-Time Team” to assemble the Big Apple’s greatest squad.

Healey, 52, founded the Gotham Baseball magazine in 2005, and it focused on the past, present and future of New York baseball. The publication went on to become critically acclaimed, including Amazon naming it the best new sports magazine of 2005, and it’s archived at the National Baseball Hall of Fame Library in Cooperstown.

The magazine was published quarterly and focused on the history of baseball in New York, while also delving into the present Mets and Yankees as well as top prospects they had coming up through the pipeline. While the magazine eventually became too costly and Gotham transitioned to a web-based format in 2008 that still exists today, Healey’s dedication didn’t waver. He decided the book was the next logical step to celebrate the 15th anniversary of starting the magazine.

Upon launching the Gotham magazine, Healey and his staff were innovative, creating web-based radio shows before the big podcast boom and also becoming the first independent entity to cover Major League Baseball’s winter meetings, where MLB general managers and officials convene each December to discuss league business and conduct offseason trades and transactions.

“Somehow I felt that over the years, when you don’t have a lot of money, you have to figure out a way to cement your dream,” he said, referring to the magazine not generating much funding. “I wanted to do something to cement Gotham.”

For the 19-chapter book, Healey sought to build New York’s all-time team, selecting the best player from each position on the diamond, and selecting either a Brooklyn Dodgers, New York Giants, New York Yankees or New York Mets player for each position. In each chapter, he explains why each player was selected, whether it was Derek Jeter at shortstop or David Wright at third base.

“I knew it would create arguments,” he said. “That’s the essence of sports. We debate. The idea was to give people a sense of the amount of research that I put into each player.”

In addition to being a newly minted author, Healey is the editor-in-chief at The Wave, Rockaway Beach’s official weekly newspaper, for which he still writes baseball columns. Before that, he covered the New York baseball beat for several years before beginning the magazine, including covering the Brooklyn Cyclones in their inaugural season in 2001. He said launching the book was a dream come true.

Healey also enlisted plenty of help with various facets of the book. Best-selling baseball author and historian Marty Appel wrote the foreword, official New York Baseball Writers’ Association artist John Pennisi provided the illustrations and award-winning designer Todd Radom created the designs for the cover, logos and uniforms. The book also features some personal and autobiographical material about Healey and the history of Gotham, and he dedicated it to his late mother, Marie Healey, who died of cancer before the book was published, but always supported her son. “She was my biggest cheerleader,” Healey said.

Though he said he was excited to launch the book, Healey noted that he has faced many difficulties in releasing it at the height of the coronavirus pandemic. He had to cancel a large-scale book launch event at Foley’s in Manhattan in April and at least 10 signings since. To help, he joined the Pandemic Baseball Book Club, a group of authors around the country who have rallied together for support after releasing baseball books during the pandemic.

As for the reaction to his book, Healey said he hoped he would strike a mix of emotions from audiences who agree or disagree with his selections. “I wanted people to read the book,” he said, “and when they were done with it either write me a letter right away to tell me how wrong I was or to understand my process.”

“Gotham Baseball: New York’s All-Time Team” is available on Amazon and many other outlets. To learn more about the book or where to purchase it, visit gothambaseball.com