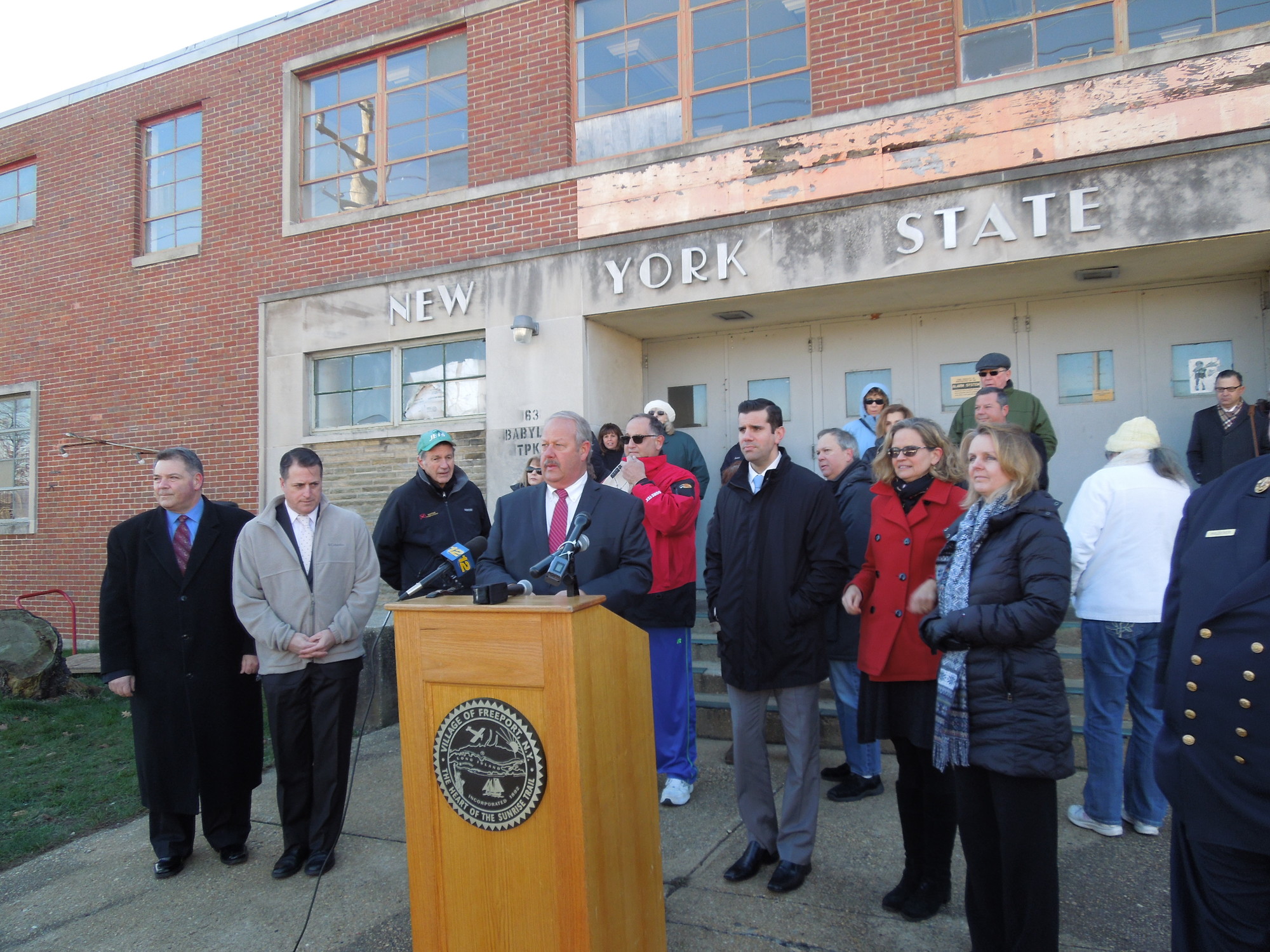 Mayor Robert Kennedy, at lectern, was joined by local and state officials on Jan. 11 to urge the governor to transfer the armory to the village for use by the Department of Public Works
Laura Schofer/Herald
By Laura Schofer

Freeport Mayor Robert Kennedy called upon Governor Cuomo to return the Freeport Armory to the village at a press conference held outside the Armory on Monday, Jan. 11. Kennedy wants to relocate the village’s Department of Public Works from its present location in a flood zone, where its property-saving equipment is in danger of being badly damaged or destroyed during a storm, to the Freeport Armory on Babylon Turnpike.

“The village is in dire need of this armory to protect Freeport’s DPW equipment, particularly for use in emergencies,” Kennedy explained.
During Superstorm Sandy, the Village’s DPW facility was under seven feet of water and sustained millions of dollars in damage to its structure, equipment, emergency vehicles and fuel storage tanks.

In 1949, the Village of Freeport donated the armory buildings and grounds to the state for use by Army and Naval personnel, Kennedy said. “But it hasn’t been used by the U.S. military for decades,” he said. The facility was used by the National Guard but was closed in 2011. The facility is approximately three acres and has two buildings.

“The current DPW facility is costing the village residents millions in unnecessary flood insurance,” Kennedy said. During Superstorm Sandy, “emergency response vehicles were unable to refuel; police and fire department vehicles could not be repaired,” he said.  “Hydraulic repairs for our electric department vehicles were unable to be performed. Freeport lost tens of thousands of gallons of fuel and Army trucks with pumping equipment were damaged and unable to be repaired. We know what happens to mechanical equipment that is submerged in salt water and not pickled immediately. The inability to maintain public safety vehicles puts the lives, health and safety of the Freeport residents in jeopardy,” he said.