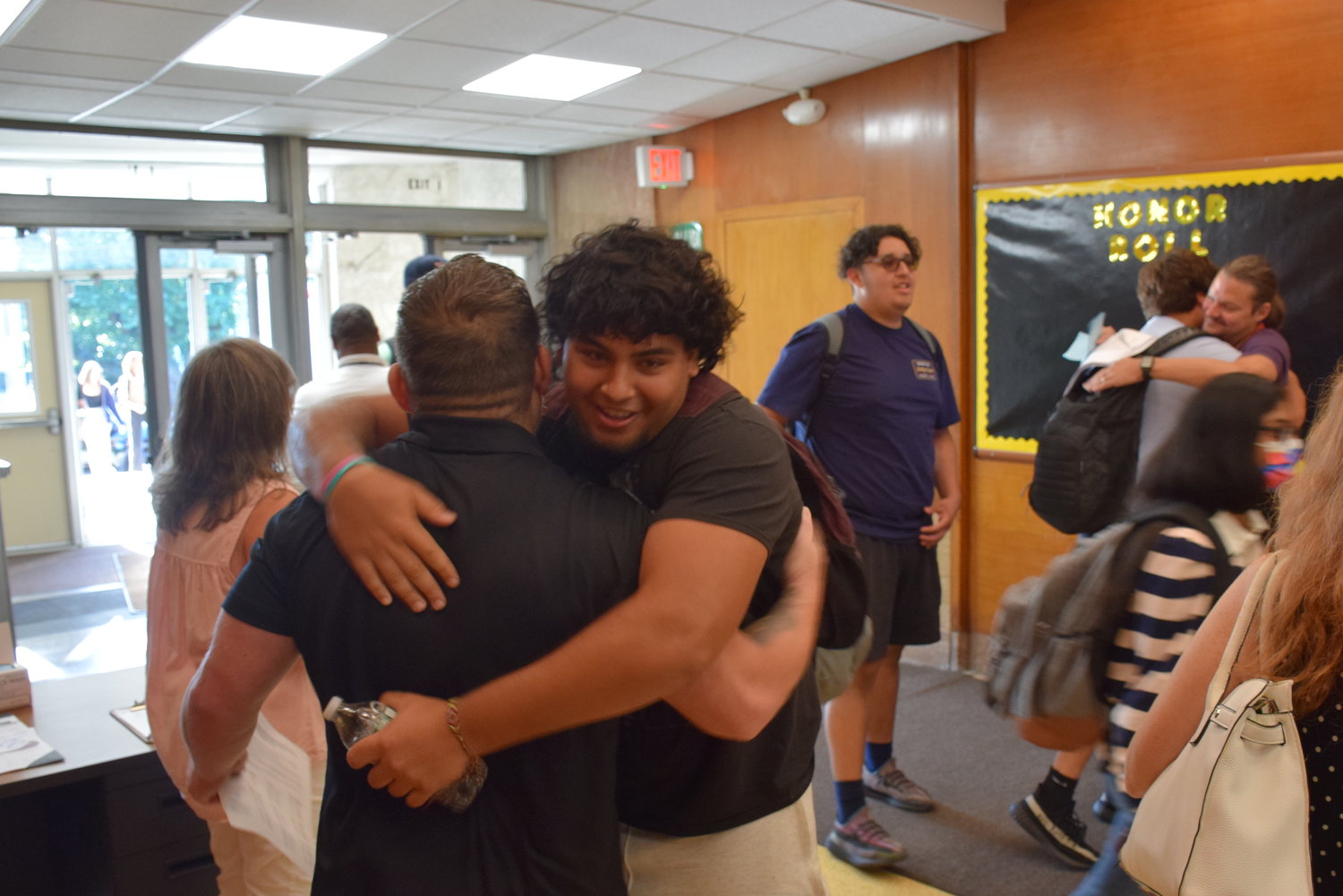 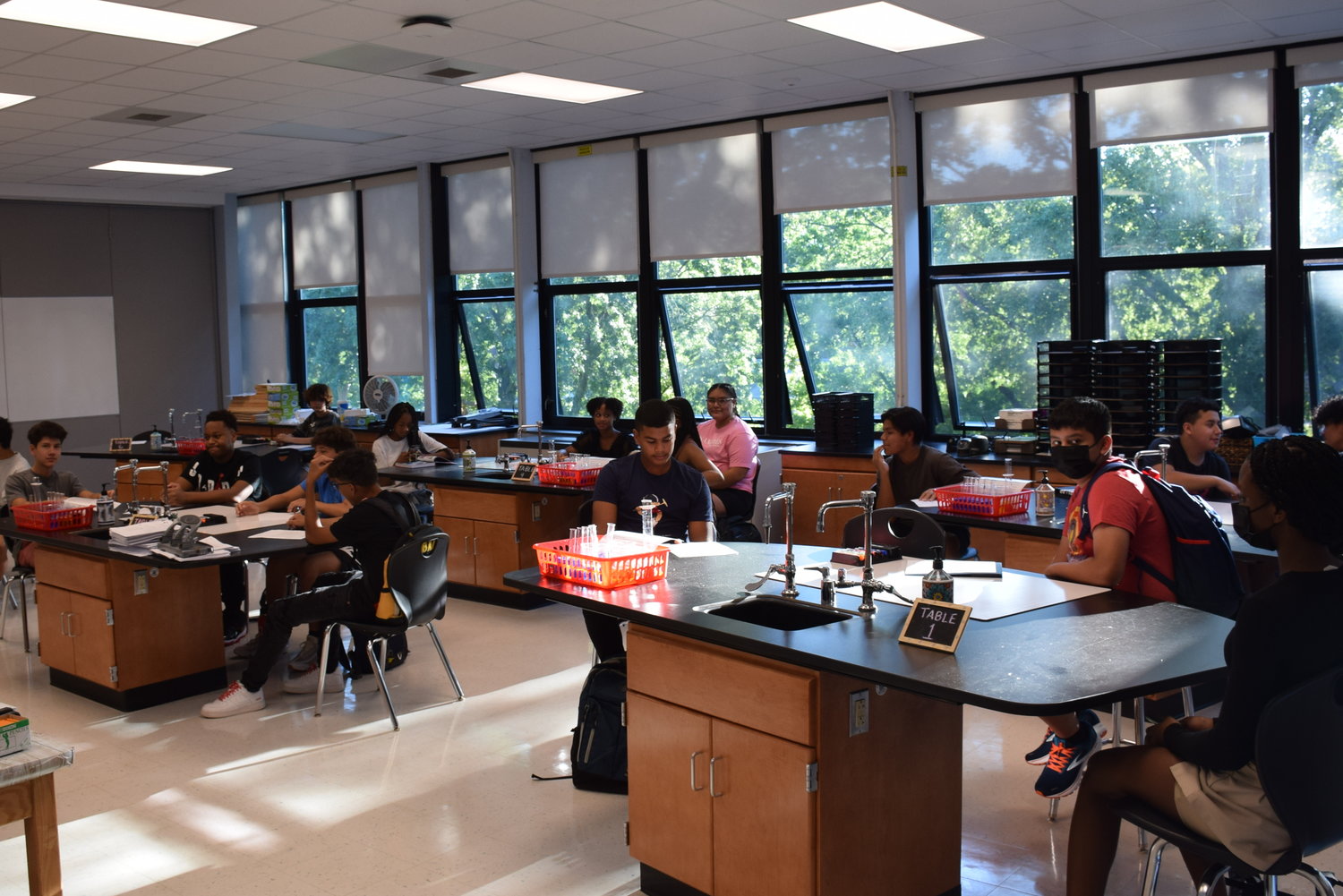 West Hempstead Secondary School students waited in their homerooms before first period on their first day back at school three weeks ago.
Courtesy West Hempstead School District
Previous Next
By Kyle Chin

While West Hempstead Middle School, housing seventh and eighth-graders, and West Hempstead High, housing grades nine through 12, have long adjoined each other, they have operated separately, with different principals. The two schools will now be unified under one administrative team, led by Principeal Joseph Pumo and three assistant principals.

The purpose of the restructuring is to streamline students’ learning experience from pre-K to 12th grade, according to district administrators, who added that they hoped the changes would expose high school juniors and seniors to more advanced and specialized, college-level material earlier.

“It’s been going on now more than a few years, but we’ve switched our curricular programs with a focus on inquiry-based learning in the elementary schools,” explained Dina Reilly, the district’s assistant superintendent for curriculum.

District administrators said they have been trying to highlight the interdisciplinary aspects of education and show students how their different areas of study are connected. “We’re starting to create integrated units — for example, in social studies with English,” Reilly said, “to show how we have a multi-disciplinary approach to that learning and how learning is interconnected.”

She also noted that the majority of eighth-graders will take Algebra I this year, something the district had tried previously. In introducing advanced material earlier, district officials said they hoped students would have greater opportunities as they neared graduation.

“They’re going to be finished up with their mandated classes, or credits, that they would need to graduate, thus allowing them to really explore college-level classes,” Reilly said.

The Board of Education unanimously appointed Pumo to his new position in March. He served as interim principal of West Hempstead High last year, and as assistant principal of the middle school from 2017 to 2020.

This year, the district plans to make up for the disruption caused by the Covid-19 pandemic during the past two years. Earlier this month, the National Assessment of Educational Progress, a study conducted by the U.S. Department of Education, found that math and reading scores among 9-year-old students fell more sharply between 2020 and 2022 than in any period previously recorded.

“Whenever education is disrupted, there’s always going to be gaps in certain areas, and that’s the focus that we’ve had last year and continue this year,” Pumo said. “We want to fill in those gaps in real time, so that the students can access grade-level content and grade-level curriculum while still receiving in-time support by the teachers. We’re doing that through the workshop model, where there’s more individualized attention from the teacher to the students.”

In March, district Superintendent Daniel Rehman said of Pumo, “With his experience working in both of our schools, it is my firm belief that Mr. Pumo is the perfect administrator to lead the creation of our new West Hempstead Secondary School.”