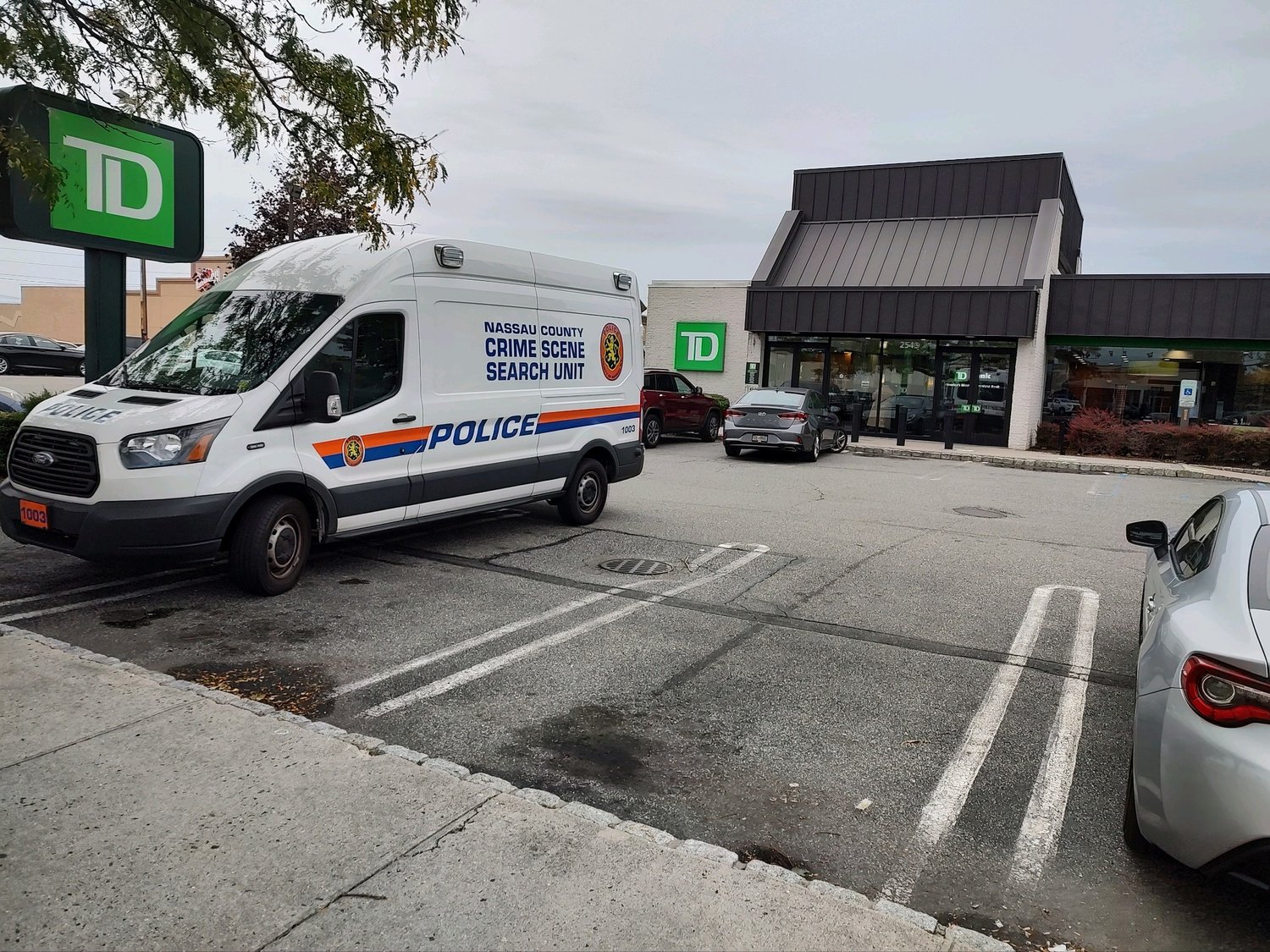 Police were seen outside of the TD Bank on Hempstead Turnpike in East Meadow after an unknown man robbed the bank and fled on Sunday.
Courtesy John Scalesi
STAFF REPORT

Nassau County Police are searching for a man they say robbed an East Meadow bank over the weekend.

Someone walked into the TD Bank on Hempstead Turnpike just before 2 p.m. on Oct. 1, according to police. He  handed a note to the teller demanding cash. The teller gave him an undetermined amount, prompting him to leave.

Only five employees were inside the bank at the time, police said, but no one was injured.

The man is described as  white, approximately 5-foot-8, with a thin build. He was wearing a baseball hat, dark clothing and a surgical face mask.

Anyone with information is asked to call police.