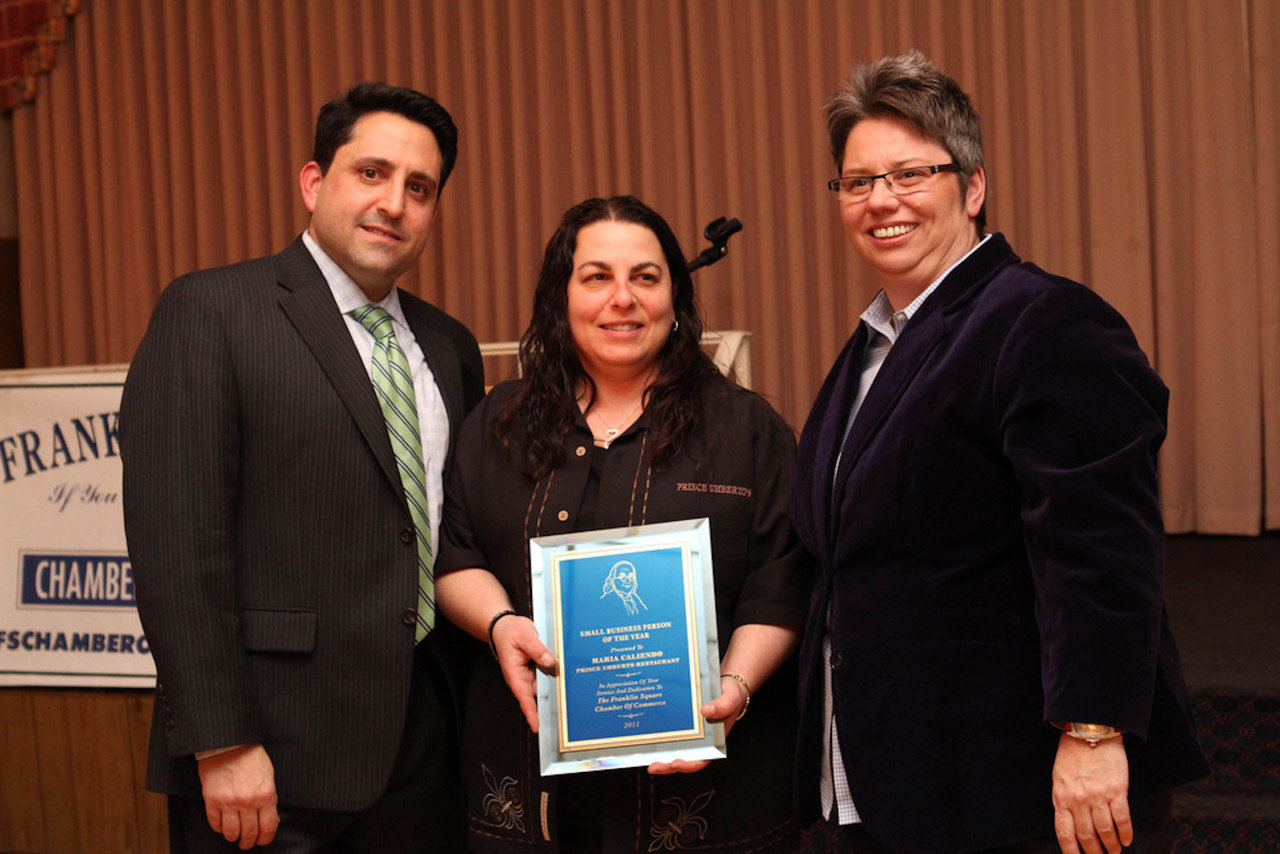 Maria Caliendo, center, in 2011, has been associated with Prince Umberto’s since 1995, when she returned to the U.S. from Italy, where she attended high school and later lived while working for the U.S. embassy for a few years.
Herald file photo 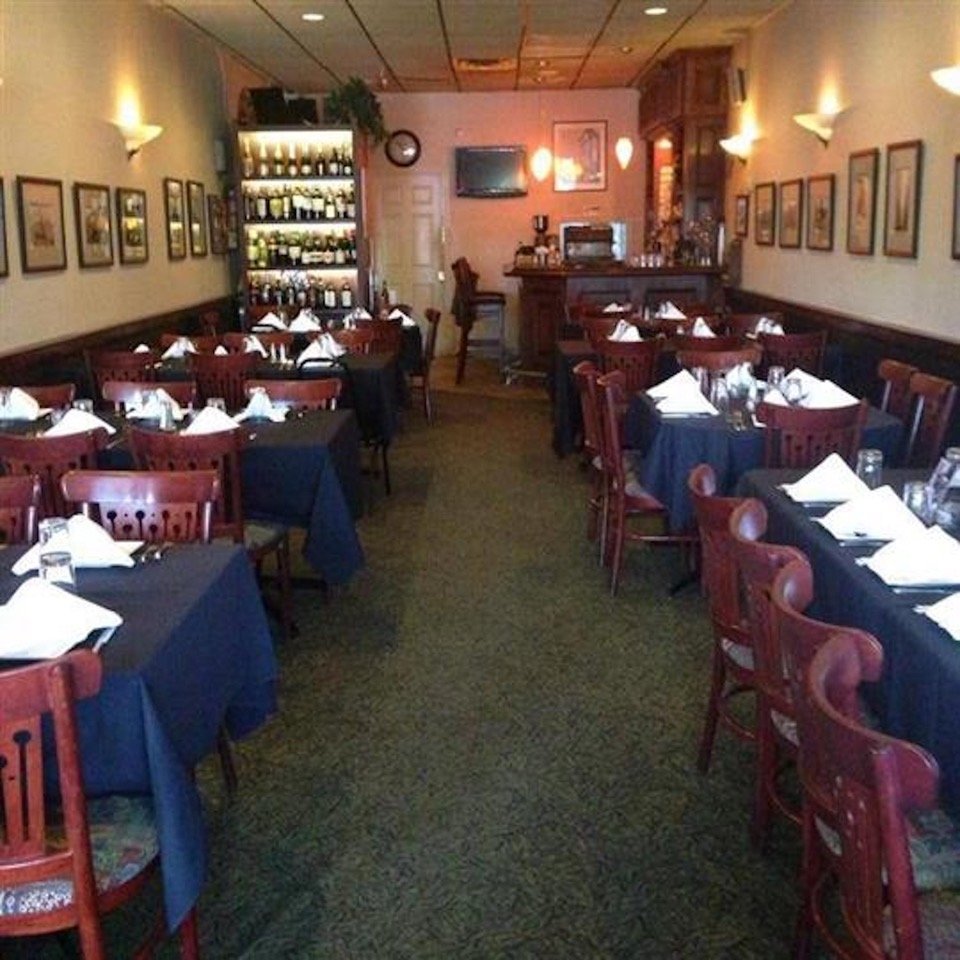 The indictment unsealed on May 19 alleges that Caliendo, in her capacity as the owner of, accepted over $1 million in contracts from Gardner and than paid her more than $100,000 in kickbacks in exchange for the contracts.
Photo courtesy of Prince Umbertos
Previous Next
By Robert Traverso

Maria Caliendo, an Elmont resident and the owner of Franklin Square restaurant Prince Umberto’s, was charged in federal court on May 19 for engaging in a conspiracy to commit wire fraud with former Hempstead Union Free School District official Sharon Gardner, who allegedly steered over $1 million in food contracts to another business owned by Caliendo in exchange for kickbacks from her.

Caliendo, 57, began working at Prince Umberto’s Pizzeria Restaurant in 1995, when she returned from Italy, where she worked for the U.S. embassy for a few years, to help her family run the Franklin Square restaurant that she now owns and operates.

Caliendo and Gardner were arraigned late May 19.

“As alleged, with little regard for the taxpaying public, the defendants secretly steered lucrative food service contracts to themselves and then illegally shared the profits,” explained Breon Peace, United States Attorney for the Eastern District of New York, according to a statement jointly released by the offices of the eastern district and the Nassau County District Attorney that announced the charges and arrests of Caliendo and Gardner.

During the 2016-17 school year, Gardner “persuaded” Hempstead school district officials to treat Caliendo as a “sole source” vendor, which is a designation usually reserved for companies that provide unique or rare supplies with limited availability, for breakfast foods for students, effectively bypassing bids made by other companies.

The next school year, “Gardner oversaw a supposedly competitive bidding scenario for the breakfast items, only to award a second procurement contract to Smart Starts despite the existence of more cost-effective bids,” the statement explained.

Caliendo’s company received a total of more than $1.2 million in contracts from the Hempstead Union Free School District.

“Instead of following the legitimate bidding process for a food services contract, the defendants allegedly used the Hempstead School District as their own piggy bank,” Nassau County District Attorney Donnelly said, according to the statement.

In exchange, Caliendo allegedly kicked back more than $100,000 to Gardner through fraudulent payroll deposits and other methods of payment. Additionally, these payments were deposited into a bank account that was created in the name of one of Gardner’s family members in order to conceal the kickbacks.

“While Gardner accepted the higher bid for her own personal gain, the taxpayers of the Hempstead Union Free School District were left holding the bill,” said Federal Bureau of Investigation (FBI) Special Agent in Charge Thomas Fattorusso, according to the statement.

The funds kicked back by Caliendo were spent by Gardner on international vacations, a leased vehicle and home furnishings, among other things, according to the statement. Gardner also allegedly withdrew over $13,000 in cash from these funds from ATMs located near her home and workplace.

Caliendo was also charged with making false statements to federal agents regarding the alleged scheme. “In voluntary interviews with investigators, Caliendo made materially false statements concerning the justification for the payments, falsely claiming that they represented repayment for a startup loan from Gardner’s family member, despite having received no capital contribution, work or labor from that individual,” the statement adds.

If convicted, Caliendo and Gardner both face up to 20 years of imprisonment for the charge of conspiracy to commit wire fraud.

“Stealing money meant to feed students in need is reprehensible,” said State Comptroller Thomas DiNapoli, according to the statement.