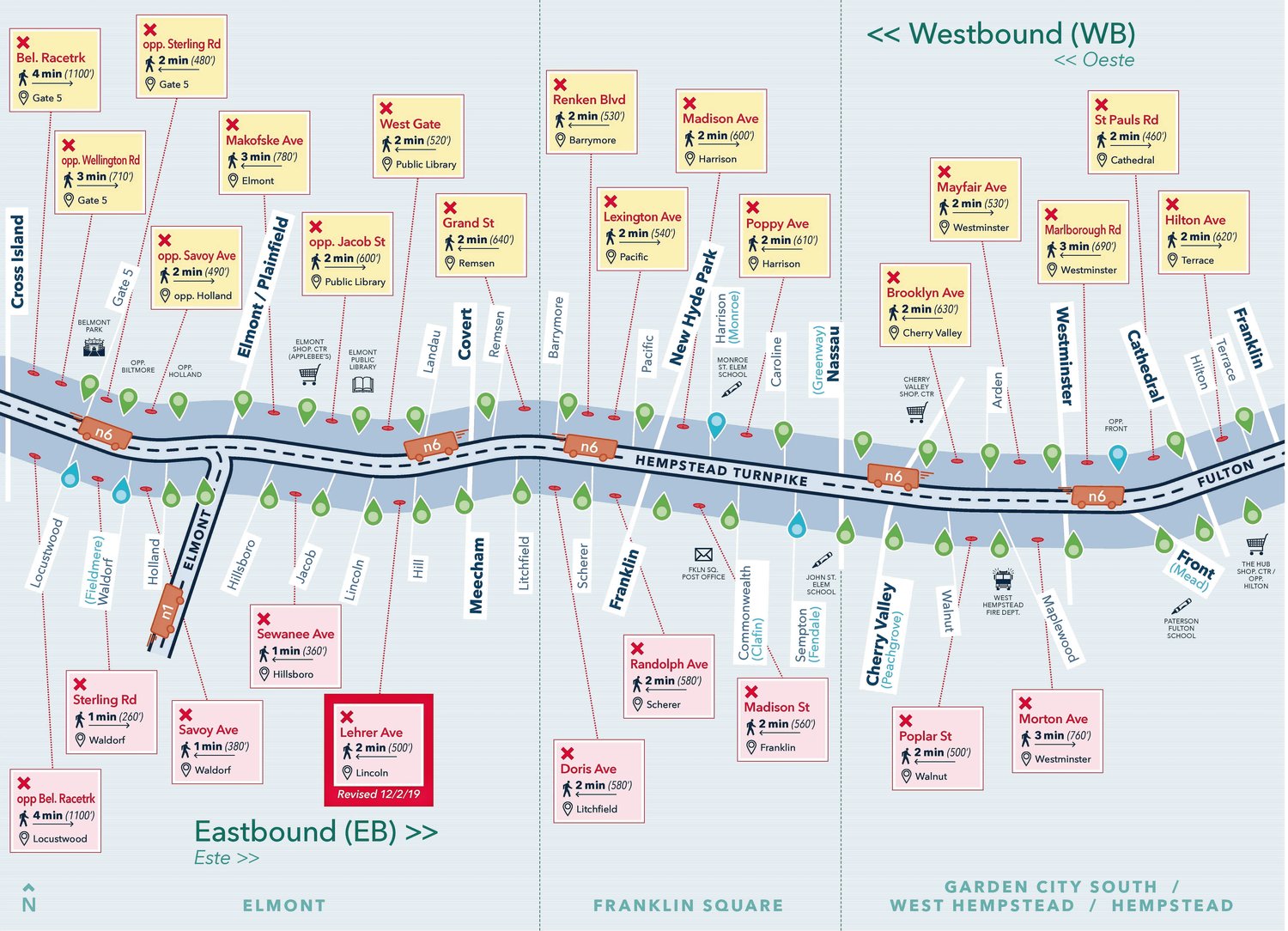 Nassau Inter-County Express officials have nearly two months to finalize their plans to consolidate stops along the N6 bus route, after County Legislator Carrié Solages petitioned them to get more community input for the proposal.

The plan, which was originally proposed in November, called for the elimination of 20 bus stops in Elmont and Franklin Square. It was supposed to go into effect at the beginning of the month.

According to Jack Khzouz [Ka-Zoos], the CEO of NICE, the plan would make the N6 ride 5 to 12 percent faster, and could cut down someone’s daily commute by 20 minutes. He explained that the bus company decided to examine the necessity of these stops, under national best practices.

To figure out which stops could be cut, NICE employed people to monitor traffic. The bus company then posted fliers at the stops, and people started calling Solages’ office with their concerns.

“Senior citizens were calling me that they couldn’t walk two blocks to another stop,” he recounted, saying there was a lack of community input before NICE officials installed the signs. “There was not sufficient notice.”

He then created a petition, asking NICE officials to reconsider their plan. In it, Solages wrote that that express buses already passed some of the stops, and said the bus company would close them “at the peak of inclement weather,” which would greatly affect elderly residents, those with mobility issues and parents of young children. “Additionally,” he wrote, “having to cross over a major intersection such as Hempstead Turnpike to get to the bus stop is dangerous for these sensitive populations.”

In response, NICE officials agreed to get more community input. “We have to spend more time really looking at the data,” Khzouz said. “That’s not to say we won’t be making adjustments.”