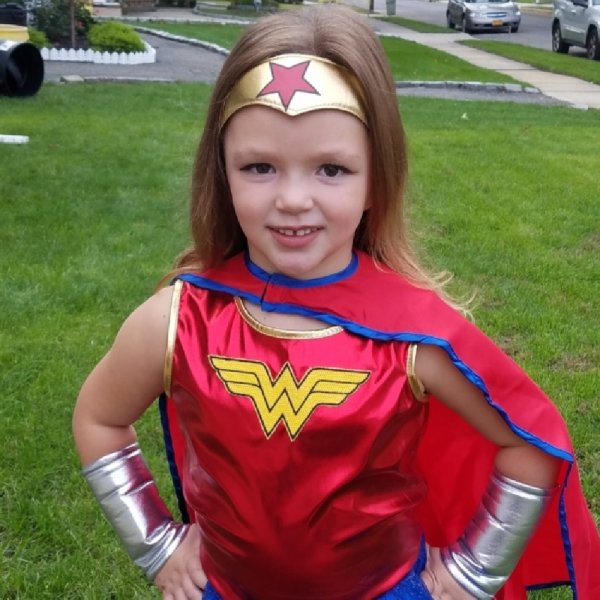 Madison Milio earned the nickname “Mighty Madison” with her fearless approach to her diagnosis and treatment, despite the fact that she wasn’t even 10 years old.
Photo courtesy of the Milio family

In honor of Madison Milio, a 9-year-old girl who died last December of a type of cancer that attacks the brain stem, known as diffuse intrinsic pontine glioma, the Nassau County-based nonprofit Mission Helping Hands will hold a carnival in Franklin Square to raise money for a foundation named for her, the Mighty Madison DIPG Research and Awareness Fund.

The carnival, scheduled for Saturday, from noon to 8 p.m. at Our Lady of Mt. Carmel, at 984 Stewart Place in Franklin Square, will feature games, live music, and food and merchandise provided by local vendors such as T and F Pork Store and Italian Delicatessen of Franklin Square.

All of the proceeds raised at the event will be donated to Madison’s fund, which is managed by her mother, Kristen, who works for the Sewanhaka Central High School District, as well as a charity for Mary Ruchalski of Rockville Centre, who also died of cancer.

DIPG, which typically occurs in children, manifests as a rapidly progressing brain tumor in an area of the brain stem that controls the body’s vital functions, such as breathing, blood pressure and heart rate. The cancer attacks the nerves in the brain stem, causing degeneration of those everyday functions.

Although DIPG is incurable, and Madison was initially given nine to 11 months to live in 2019, she went on to live for 32 months, although she spent 15 months in a coma. She underwent 30 rounds of radiation therapy, and also took part in a T-cell clinical trial in Washington, D.C., in August 2019. But just 10 days after receiving 40 million T-cells, she began having trouble breathing, was soon intubated, and underwent a tracheostomy in September 2019.

During a second round of radiation in 2020, Madison lapsed into a coma, and she died last December.

The purpose of this weekend’s carnival is to amplify Madison’s story and to raise awareness of DIPG. Victoria Farrell, the executive vice president of Mission Helping Hands, which raises funds for causes that are often overlooked, said the organization hopes the event will lead to better understanding of the disease.

“This will hopefully educate people and parents,” Farrell said, “showing people that something so small can be something so big, like what happened to Madison.”

“Anything that we can do to let people know who Madison was and what DIPG is is the best thing,” her mother said, adding that she believes promoting awareness is the most important aspect of helping others with DIPG.

Madison earned the nickname “Mighty Madison” by being so courageous throughout her experience, Kristen explained.

For a long time, she would receive radiation treatment every day at 7 a.m., and then one of her grandfathers would take her to school. “She was so tough, and she never complained,” her mother said. “As long as she could smile, before that was taken away from her, she did.” Kristen stressed that Madison did everything her parents and doctors asked her to — always with a smile.

“She didn’t complain, and she was always happy,” she said, despite the fact that she was never far from a ventilator.

Madison taught many people, including adults, about how to approach life each day, Kristen said.

“She opened so many peoples’ eyes to what’s important in life because of the way she was handling life.” Her mother summed up her philosophy in one sentence: “Don’t sweat the small stuff and make memories when you can.”

Madison, her mother said, used to say that she was famous. Diagnosed in first grade, Madison grew popular among the community of Massapequa, where the Milios live.

With a street named after her in Massapequa and the creation of her own merchandise, some of which will be sold at the July 23 carnival, Madison has indeed become famous, Kristen said.

“She’s impacted many lives, and now we hope to extend that and impact lives and save lives,” Milio said.

Research into DIPG and its treatment does not receive substantial funding.

In fact, according to the Pediatric Cancer Research Foundation, the federal government allocates only four percent of the National Cancer Institute's annual budget to childhood cancer research, and only a sliver of this is designated to DIPG research.

Despite the low levels of funding into DIPG research and the public consensus that the cancer is rare, Kristen stressed that DIPG impacts hundreds of children each year. “It’s not rare; it’s terrible,” Madison’s mother said.

Kristen said events like the carnival that raise awareness as well as fundraising efforts are necessary to help children and families struggling with DIPG.

“If any of the money in Madison’s fund can be used to help expand a child’s life or save a life in the future … that’s what our main goal is,” Kristen said.