The Great Give Back returns to Bellmore-Merrick libraries 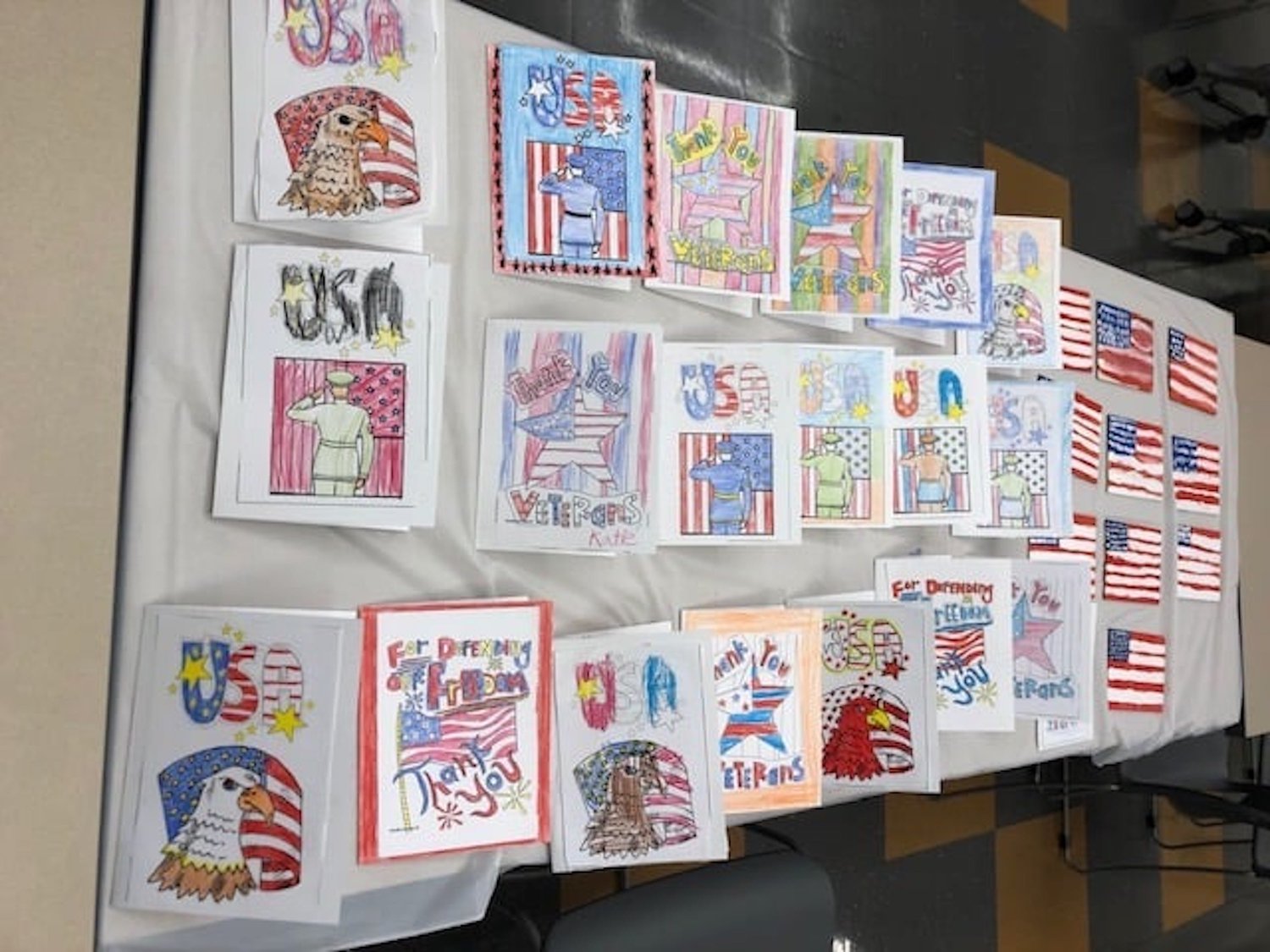 The Great Give Back, a day for public libraries to participate in community service projects, is back for another year on Oct. 15. Bellmore’s and Merrick’s libraries are getting involved in various ways — the North Bellmore Public Library is holding a donation drive for the military, and cards and packages will be made and decorated throughout October.
Courtesy North Bellmore Public Library
By Jordan Vallone

It’s another year of public service projects for Bellmore’s and Merrick’s libraries.

The Great Give Back, a community service initiative created by the Suffolk County Public Library Directors Association and the Suffolk Cooperative Library system, in conjunction with the Nassau Library System, is back this year on Oct. 15. Since the initiative’s founding in 2017, it has expanded greatly. Every county in New York participates, and the projects and goals of each library vary and change from year to year.

The local libraries are gearing up for their day of service, with different in-person events and various drives and collections for charities in store.

With four very active and community-oriented libraries in the area, there are many ways residents — depending on which library they’re zoned for — can get involved, and stay involved in the future.

At the Bellmore Memorial Library, patrons will have the opportunity to take part in a community cleanup on Oct. 15 at Mill Pond Park on the Bellmore-Wantagh border. The park, maintained by the Town of Hempstead, is on Merrick Road, just minutes from the library, which is on Bedford Avenue in Bellmore.

Christopher Ham, the adult programs coordinator at the library, said while the Bellmore library has always taken part in the Great Give Back, this year it wanted to take on an initiative that would go beyond the library’s walls.

“What we wanted to do is expand our community partnership,” Ham said. “And what better way to do that than beautify our local parks.”

The library obtained permits from the town to work at Mill Pond Park, and will distribute gloves, bags and ponchos in the case of rain to participating residents.

Ham said that while people are encouraged to RSVP online at BellmoreLibrary.org, they are not required to do so, and can show up the day of. Teens in seventh through 12th grades can also earn credit community service for participating.

The cleanup will take place from 10 a.m. to noon, and Ham said the event was a collaborative effort among all of the library’s departments.

“The library is really trying to show that we are a center for the community,” he added. “People can always rely on their library.”

Patrons of the North Bellmore Public Library, meanwhile, can take part in a drive for military personnel.

“This year the North Bellmore Public Library is dedicating the Great Give Back to the men and women who bravely serve in our armed forces,” Jessica Tymecki, the library’s director, said. “We will decorate care package boxes and make cards and flags to show our support and appreciation. We will be collecting items all month long to send to our troops.”

For a list of items being collected, Tymecki said, patrons can visit NorthBellmoreLibrary.org. Donations can be dropped off at the library, at 1551 Newbridge Road.

At the Merrick Library, a months-long pajama drive is taking place.

“The mission of the Great Give Back is to provide a day of opportunities for the patrons of the public libraries of New York state to participate in meaningful, service-oriented experiences,” director Dan Chuzmir said. “This year, the Merrick Library is partnering with Pajama Program.”

Pajama Program is a national nonprofit organization that ensures that children facing adversity have what they need for better bedtime routines. The library is collecting new, unused complete pajama sets and new, unused books through Oct. 31. Chuzmir said that sizes newborn through 3XL will be accepted, and the donations will be delivered to those in need in the community.

To donate, visit the library at 2279 Merrick Avenue.

The North Merrick Public Library is hosting a diaper drive, as well as an outdoor concert, among other events.

“A lot of families are in need of diapers,” Kelly Rechsteiner, the community relations librarian, said. “They can cost about $80 a month, and some people can really struggle to fill that need.”

The library’s theme this year is “Back to the Future,” Rechsteiner explained. “We’re encouraging people to give back to the future by donating diapers, creams and wipes — things like that. It’s just a way to help young families on Long Island.”

Collections for the drive are ongoing, and can be brought to the library, at 1691 Meadowbrook Road. They will be given to the National Diaper Bank’s Long Island chapter.

The library is hoping for many donations on Oct. 15, during its outdoor concert. The Vic Vincent Band will perform throwback hits starting at 2 p.m., and in the children’s department, kids will be able to play retro games. Rechsteiner said that people should bring lawn chairs for the concert, and in the event of rain it will be moved indoors, with seating available on a first come, first served basis.

“There’s going to be lots of different, fun activities for people all day,” she said. “We’re looking forward to it — we already have people asking about the drive. It should be a lot of fun, and something to do on a fall day.”