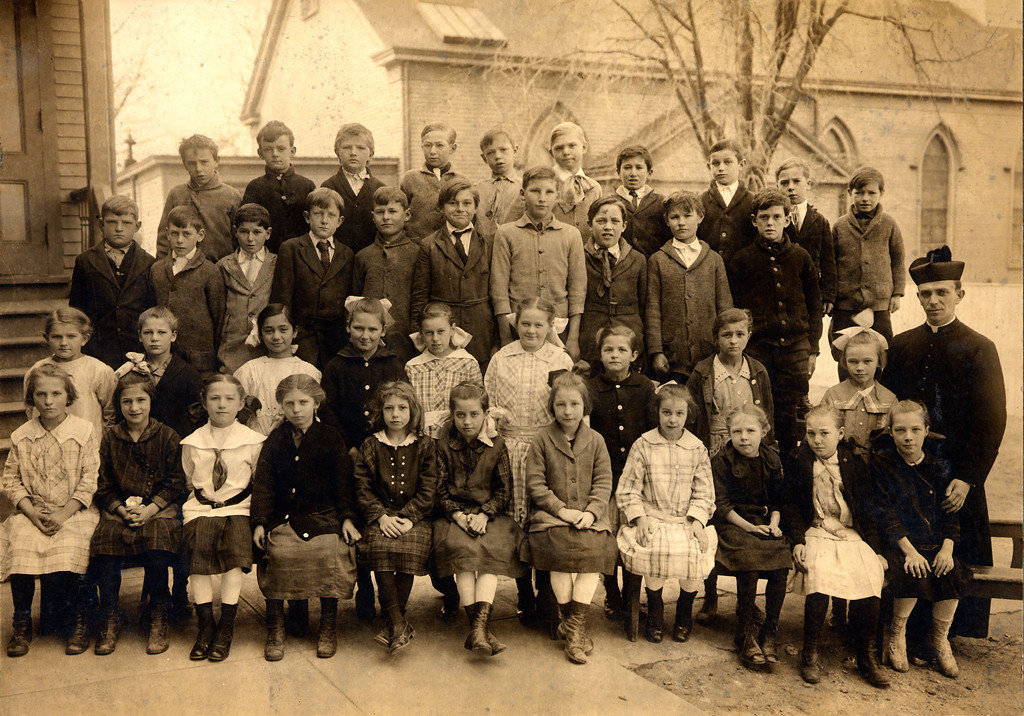 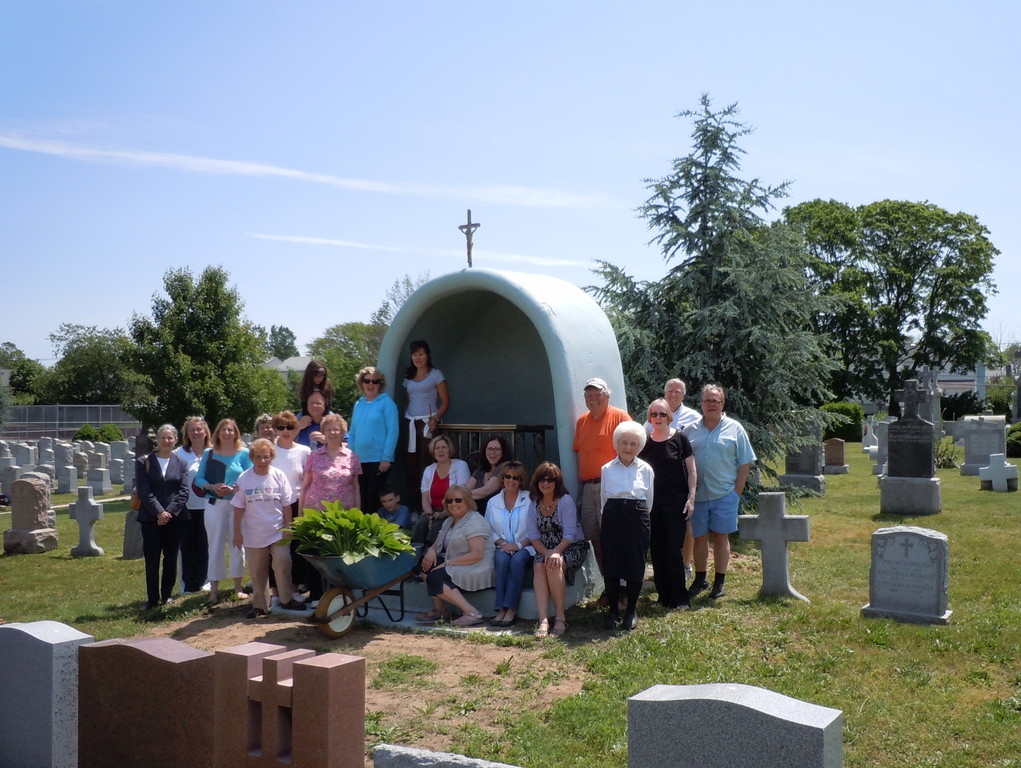 Descendants of Fosters Meadow, above, came together on June 4 to tidy up old family plots at St. Boniface. They brought clippers, shovels, rakes and flats of flowers, which were planted on the family plots.
Courtesy Raymond Hoeffner
Previous Next

Twenty-five descendants of Fosters Meadow — a Long Island farming community that was purchased by Thomas and Christopher Foster in 1650, was populated by a German-speaking farming community in the 1850s, and is now home to parts of Elmont, Rosedale, Valley Stream, Laurelton, Springfield, Franklin Square, West Hempstead and Jamaica — united on June 4 to tidy up their ancestor’s family plots at the St. Boniface Roman Catholic Church cemetery in Elmont. The event was organized by the Fosters Meadow Heritage Center, which is under the Franklin Square Historical Society’s sponsorship.

Some descendants brought their children and grandchildren. The youngest members to attend were siblings Jake, 9, Sophie, 7, and Charlie, 4, accompanied with their father, Steve Herman — whose family has been visiting their family plots and sharing family history for seven generations.

Raymond Hoeffner, a Foster’s Meadow descendant, said that the Roman Catholic farmers of Fosters Meadow had their first mass in the Joseph Hoffmann farmhouse in August 1854, and the construction of the first church building on Fosters Meadow Road — the Church of the Nativity of Our Lord — began that same year. In 1857, Hoeffner said, the building was rededicated and called St. Boniface, the church’s name today. A larger church building was constructed in 1869, in the location of the present church building, he added.