Elmont, F.S. react to Blakeman order on mask use 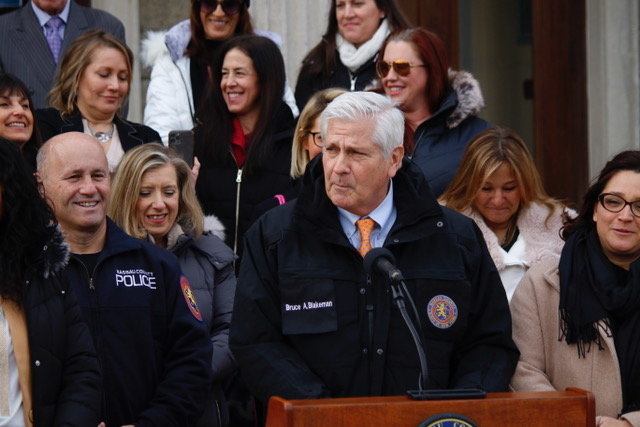 County Executive Bruce Blakeman said at a Jan. 6 news conference that school districts in the county would be able to choose whether to require mask-wearing.
Herald/Christina Daly 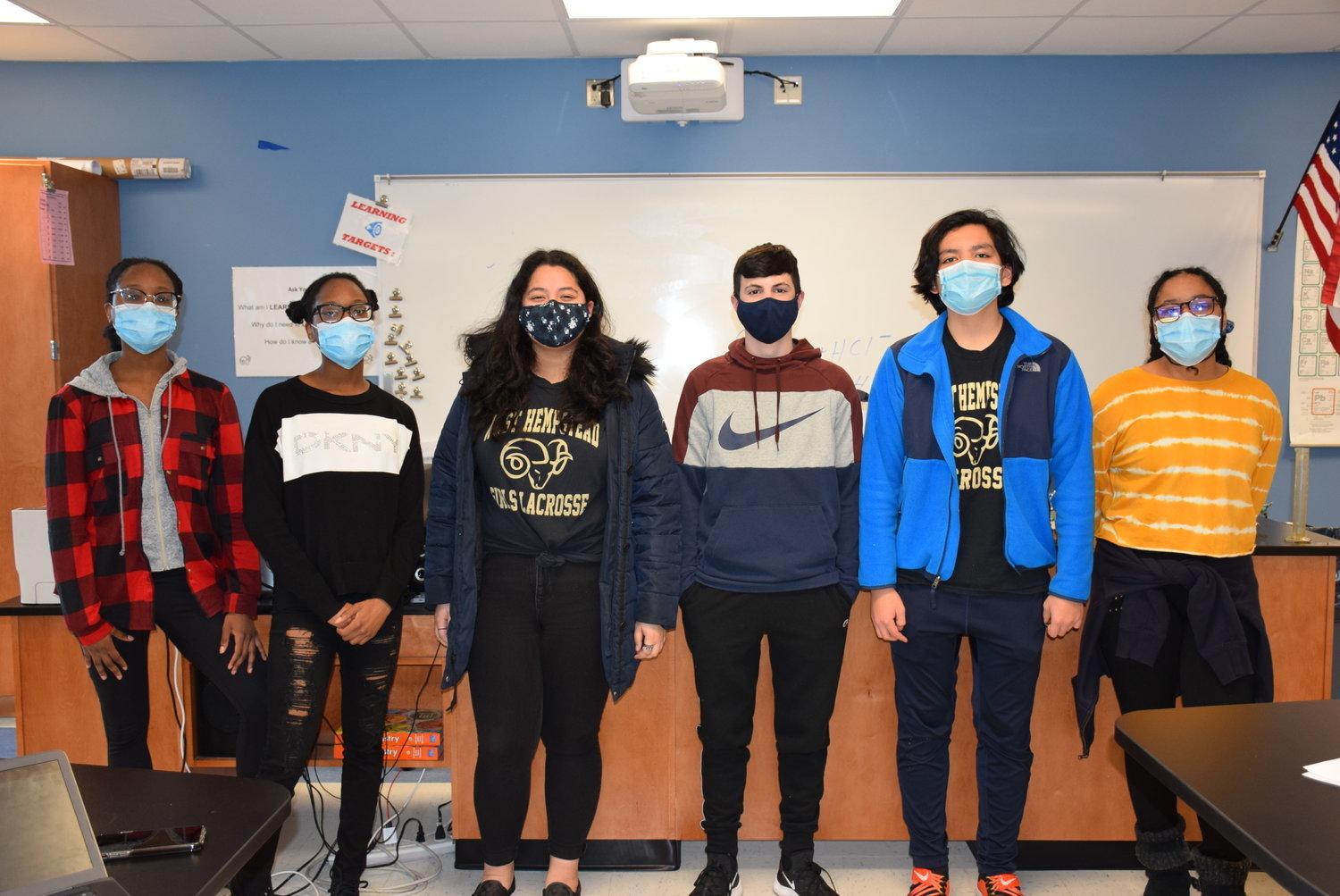 Students in schools across the Elmont Union Free School District are required to wear masks in school buildings.
Herald file photo
Previous Next

The only way to get a handle on this is for all of us to get on board with the rules”
Michael Anderson, Teacher’s aide, Dutch Broadway School
By Robert Traverso

Residents of Franklin Square and Elmont had mixed reactions to new County Executive Bruce Blakeman’s Jan. 6 order directing local boards of education to vote this month on whether their districts should mandate mask-wearing in schools.

As a result of the order, school boards will vote “to determine whether or not parents and children should be granted the constitutional right to reject mask mandates while in the classroom.” The orders read in part, “Given the historical data on Covid-19 and the ongoing debate over whether masks are more harmful than beneficial to children and to school environments in general, we should protect the freedoms and statutory rights of students and parents by resting with the parents the decision whether their children should wear masks in school.”

The order further states, “More than half of all states in the nation have no set policy on masking at educational institutions, leaving the decision up to local governments to decide when and how to enforce mask mandates.”

Local Democratic elected officials representing parts of Elmont and Franklin Square released a statement decrying Blakeman’s order. “Over the past two years 3,435 of our friends, neighbors and loved ones in Nassau County have died from COVID-19,” read the statement, from State Senators Todd Kaminsky and Anna Kaplan, Assemblywoman Michaelle Solages and others.

They called Gov. Kathy Hochul’s mask mandate a “simple precaution” in schools that works to “keep our schools open and our kids safe.” Additionally, the officials called it “the height of irresponsibility to ignore Governor Hochul’s vital efforts to protect public health.”

“We are confident the school districts of Nassau County will continue acting responsibly in the coming days, as they had no input in the County Executive’s actions,” the lawmakers said. “For the sake of our children, teachers, and school personnel, County Executive Blakeman must immediately rescind his irresponsible and clearly unlawful executive order.”

“Counties do not have the legal authority to require boards of education to vote on specific issues,” Rosa continued. “School officers take an oath to obey all legal requirements. The State Education Department expects school boards will follow all legal requirements, including the face-covering regulation.”

Blakeman, a Republican, said he was directly opposing an order put in place in early December by Hochul, a Democrat, requiring mask use in public spaces. The state mandate was originally set to expire in mid-January, but Hochul recently extended it through Feb. 1.

A spokeswoman for the State Education Department said on Jan. 6 that local school boards could not vote to violate either SED or State Health Department policy.

Some local residents said they agreed with Blakeman’s rationale. “Schools should have the option,” Lisa DelliPizzi, president of the Franklin Square Chamber of Commerce, said, stressing that while her personal view is that “it doesn’t hurt to wear a mask … [Blakeman] has his points.”

But Michael Anderson, a teacher’s aide at Dutch Broadway School in Elmont, said Blakeman should enforce Hochul’s mask mandate. “All governments underneath [the state] should honor it if it’s good for the people,” Anderson said.

Adding that his daily work with children informs his viewpoint, Anderson said that both contact tracing and mask-wearing are essential to stop the spread of the coronavirus. “Our job is to enforce these rules as adults to help save everyone’s lives,” he said. “[Blakeman’s] job is to enforce the state’s rules.”

“The only way to get a handle on this,” Anderson concluded, “is for all of us to get on board with the rules.”

Blakeman’s order came at a time when Long Island’s test positivity rate — the highest in the state — was spiking at more than 25 percent, and a growing number of school districts were reporting increased transmission of the disease, with some, such as Long Beach, forced to close some schools because of staffing shortages. Hospitalization rates were rising as well.