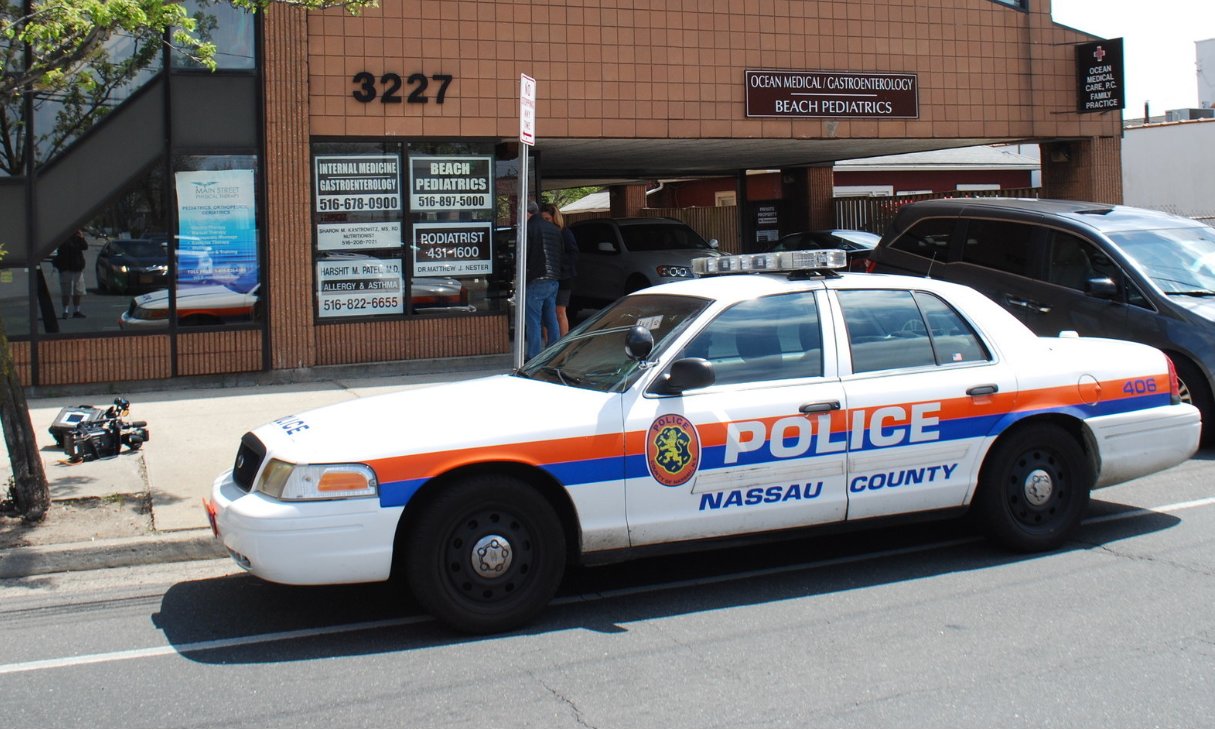 The currently unidentified man was seen waving a knife on the Valley Stream and Franklin Avenue border.
LI Herald Archive
By Juan Lasso

A video, appearing to show an unidentified man brandishing a knife at cars and harassing drivers on Franklin Avenue, was posted by resident Joseph Carlino on the Valley Stream News and Views Facebook Tuesday at roughly 5 p.m. May 3. The clip shows the man walking casually against oncoming traffic and hitting the front side window of cars with his knife.

A woman's voice in the video could be heard exclaiming "Oh my God" from inside a car as she records the man who moments later approaches her vehicle and attempts to slam his knife against the car window as she attempts to get away. Photos later show the man being taken into custody by Nassau County police.

This story will be updated as more information becomes available.