Black-owned businesses struggle amid the pandemic 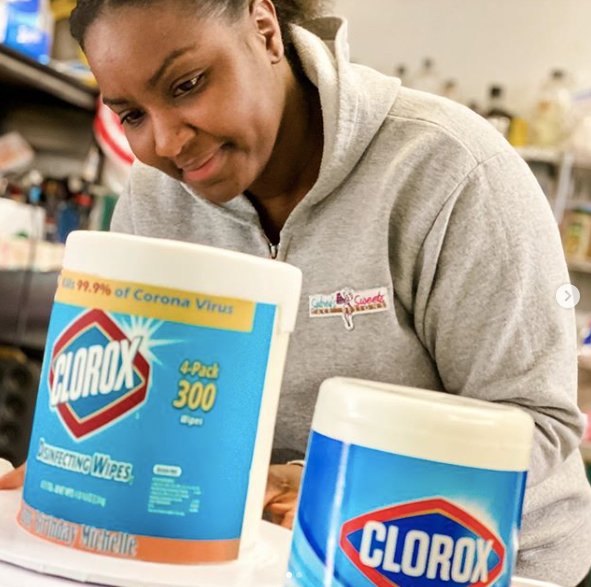 Sydney Perry, who owns Sydney’s Sweets in West Hempstead, said she has struggled to run her business while also caring for her 7-year-old son during the Covid-19 crisis.
Courtesy Sydney Perry 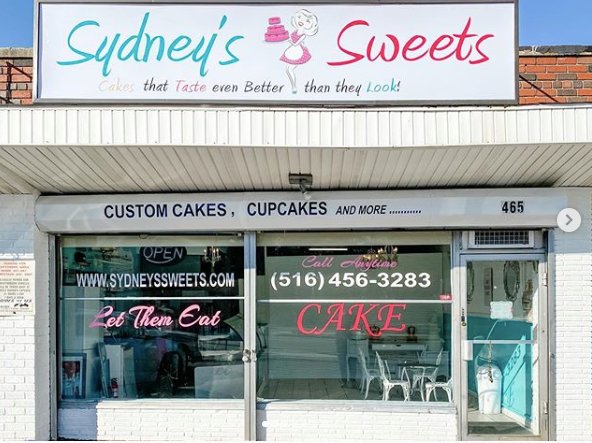 Amid the global Covid-19 pandemic and the nationwide Black Lives Matter protests, Black-owned businesses have faced new challenges, including many in the Hempstead and Uniondale areas, and experts say heightened community awareness and support are what is needed to keep them going.

Sydney Perry, owner of Sydney’s Sweets, a custom cake and dessert shop in West Hempstead, struggled with running her business and caring for her 7-year old son. “In the midst of working without our usual staff capacity, we also had to manage homeschooling and keeping our child occupied while with us,” she said. “It has been a challenge.”

As a Black-owned business that relies heavily on large celebratory gatherings that are now uncommon, Sydney’s Sweetsstarted selling cake jars to bring in revenue. Perry said she also had to scale down her staff and end her walk-in retail service.

Similarly, Latricesa Branch, who owns Rich in Health 516, has had to make changes at her restaurants, including reducing staff. Branch was only able to keep her Hempstead restaurant open at the beginning of the pandemic. “The one in Uniondale, we closed it down because we didn’t have enough people to work,” she said. “Staffing issues was one of the main things, but we also had to readjust seating and put glass barriers up, just trying to remain safe.”

The Uniondale Rich in Health 516 was able to open back up recently when the Covid-19 infection rate dropped in Nassau County, and now Branch continues to serve healthy food and drinks to her customers. “We’ve just been helping everyone stay safe and stay healthy during this whole Covid time period,” she said, “and we’ve just been helping everyone with building up their immune system.”

NeuroDiagnosTech, a neurodiagnostic training facility in Hempstead, owned by Demetrius Simmons, had close its doors and move instruction online.“We had to transition our classes online like most organizations, and that’s been difficult for a lot of our students because they felt like they didn’t sign up for an online class,” said Olena Nicks, the administrative manager at NeuroDiagnosTech. The school’s classes are hands-on by and large, so remote lessons have been difficult for students and the business.

NeuroDiagnosTech had to furlough employees to reduce expenses. “We weren’t really able to pay [employees], which is a little bit disappointing, especially at a time like this when everyone could use every penny that they can get,” Nicks said.

On top of it all, many minority business owners have to endure racism and prejudice, depending on their location and field. “It’s not easy because sometimes people are a little bit more judgmental,” Branch said. “Overall, it has its ups and downs.”

Others business owners, however, said they have not had to deal with racism. “As a Black-owned business, I would say that we haven’t had too many difficulties, and we’re thankful for that,” Nicks said. NeuroDiagnosTechprides itself in being inclusive, welcoming students from around the world and aiming to help the local community.

Perry, of Sydney’s Sweets,said she has not experienced overt racism as a minority business owner, but she did struggle to start her business. “One challenge we faced as a Black-owned business is the inability to obtain bank loans for our initial opening and later expansion,” she said. “Black-owned businesses across the nation have harder times obtaining bank loans.”

Minority-owned businesses are often presented with significant challenges, such as operating with less capital than white-owned businesses. Richard Hayes, an associate professor of management and entrepreneurship at Hofstra University, is part of the “Ascend Initiative,” a research program that investigates these challenges and aims to increase the capacity of businesses owned by minorities. Hayes is part of the Long Island team for the “Ascend Initiative,” where he looks into businesses, specifically in Hempstead, Westbury, Uniondale and Roosevelt.

“Small, minority-owned businesses often are presented with more challenges to access markets, the places in which they can sell their products,” Hayes said, adding that they also tend to have less formal training, and amid the Covid-19 pandemic, less access to personal protective equipment and federal small business loans.

Because of the BLM Movement, however, awareness of the struggles faced by Black business owners has increased, Hayes said.“I think this heightened awareness will definitely have more of a long-term effect in trying to allow folks to say that not only do we want to have political change, but we want to have that economic change,” he said, adding that he hopes other companies will invest in small Black-owned businesses across the country, and that people will begin to recognize and notice these businesses more

Individuals and institutions alike have taken to social media to promote Black-owned businesses and the products and services they offer. Perry said the number of posts about her business increased after the recent BLM protests, and because of this, she saw an increase in business.

“We have, as a result, received a lot of new customers and have been featured on many platforms,” she said. “This has come from black and white people.”