Celebrating 60 years in Freeport and a lifetime full of achievements 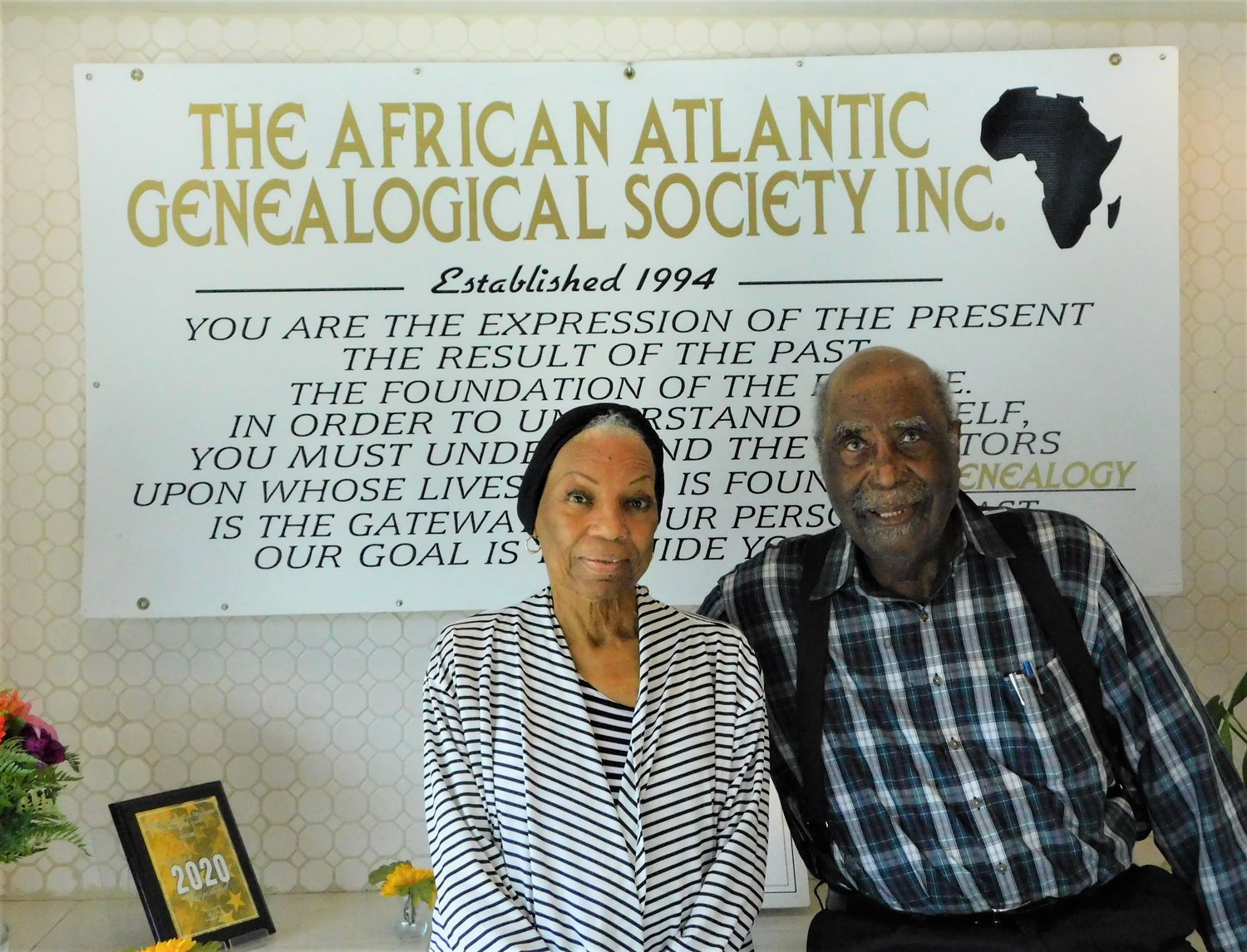 Julius Pearse, an activist and dignitary known throughout Nassau County, was honored for his 89th birthday last Friday at the Joysetta and Julius Pearse African American Museum of Nassau County. Above, Julius with his wife, Joysetta, the museum’s former director, who died last year.
Reine Bethany/Herald 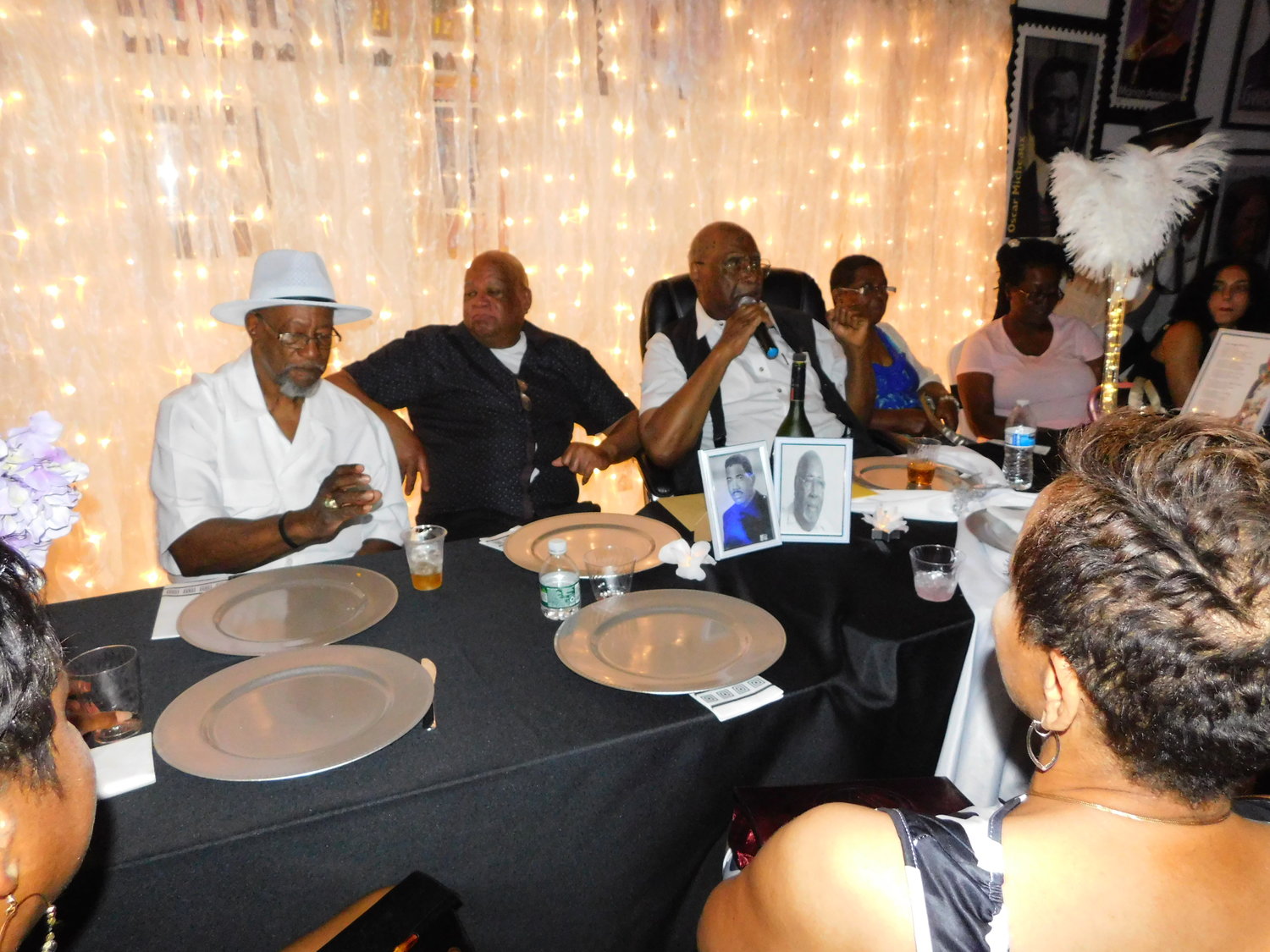 Julius Pearse spoke to friends who attended last Friday’s party, with son Gary at his right, surrounded by other family members.
Reine Bethany/Herald 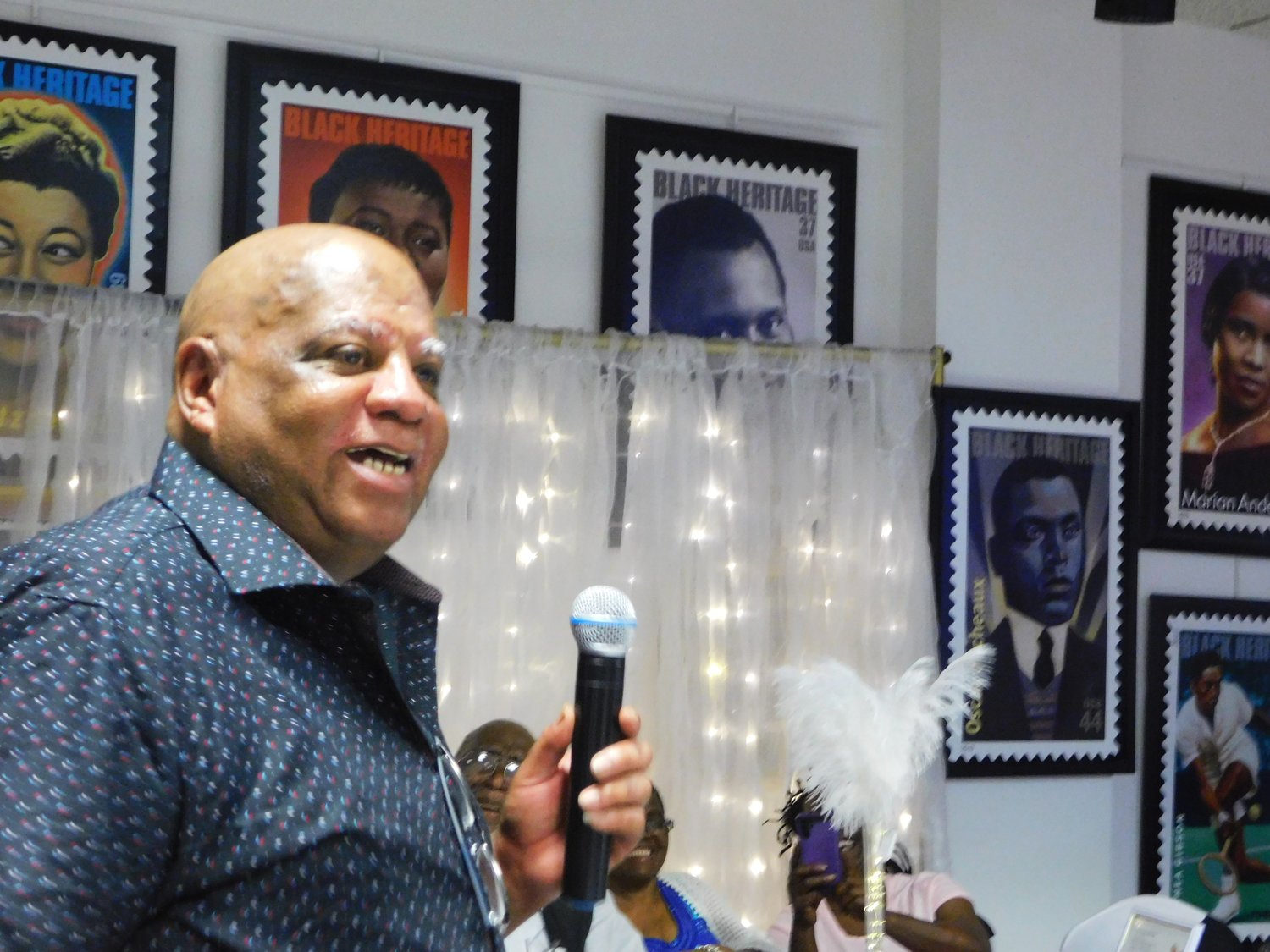 Gary Pearse, who was born on July 6, Julius' birthday, has joined his father at the museum.
Reine Bethany/Herald 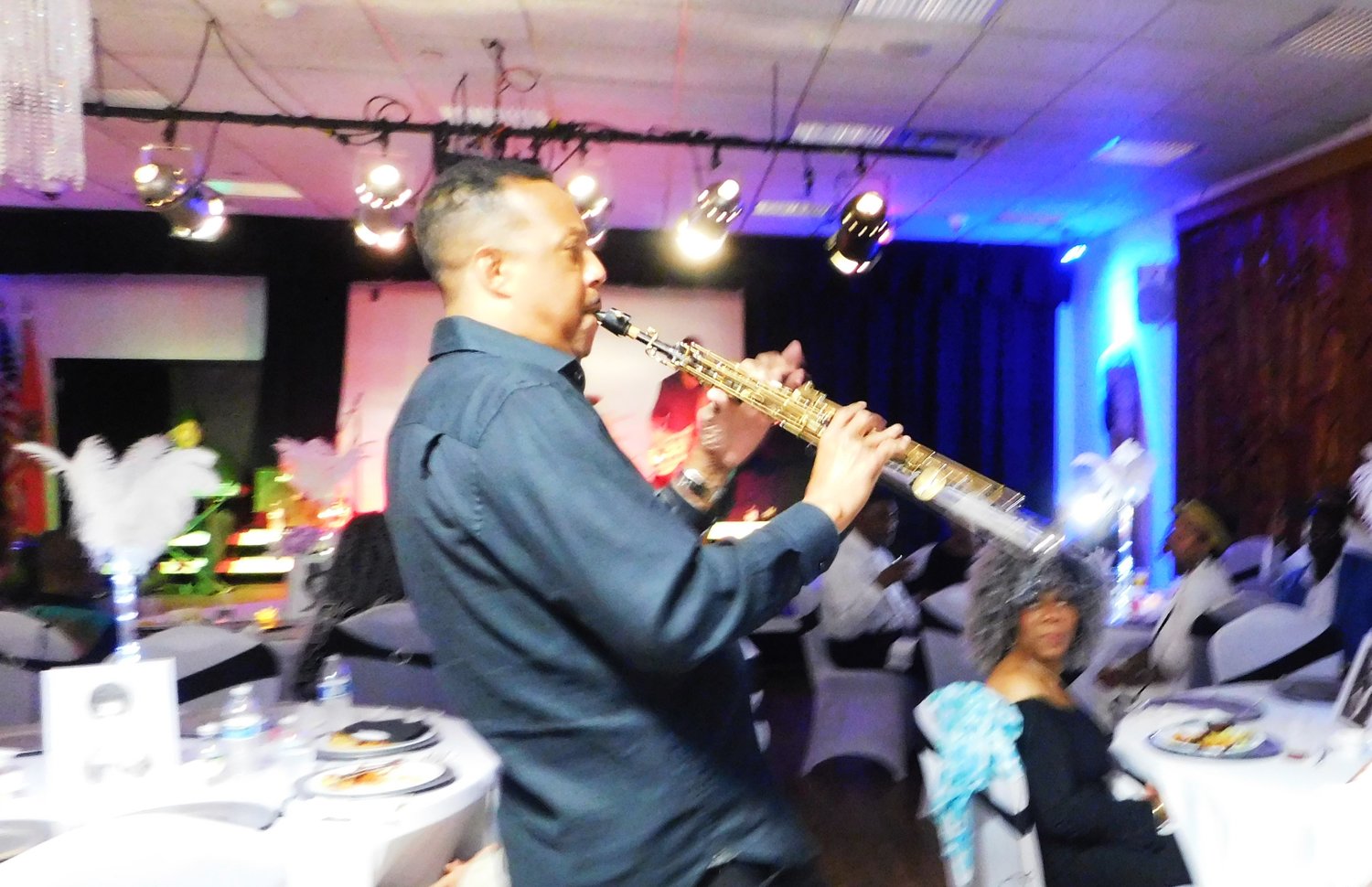 Raised in North Carolina, Julius Pearse has had several careers in his long life.

Co-founded the Coalition for a Better Freeport in the 1970s.

Established Jul-Joy Associates, a private investigative firm that operated in Freeport until 2002.

Certified as a genealogist in 1986.

Established a permanent office for TAAGS at the African American Museum of Nassau County In 1998.

If a man is known by the company he keeps, then Julius O. Pearse is a remarkable man to know.

The list of dignitaries, family, and friends who attended his 89th birthday party at the Joysetta and Julius Pearse African American Museum of Nassau County last Friday testified to his influence, not only in Freeport, where he has lived for six decades, but also in the cultural and ethnic life of Nassau County.

Julius shared the party with his son Gary, who was born on July 6, 1953, the day Julius turned 20. Gary now works alongside his father at the museum.

The July 8 party started at 7 p.m., but for Julius and Gary, it began early, when Deputy County Executive Anissa Moore, Executive Director of Minority Affairs Lionel Chitty, and the executive director of the county’s Human Rights Commission, Rodney Mcrae, came to the museum to present Julius and Gary with a citation on behalf of Nassau County Executive Bruce Blakeman, as well as each of their offices.

Julius presided over the party from his seat at a grand table decorated with glowing lights in the museum’s auditorium. Surrounding him and Gary were four generations of  the Pearse family, from Julius and two of his siblings down to a great-granddaughter. Displays of African American history covered the walls.

Legislator Carrié Solages honored both Julius and Gary with proclamations. “You have sacrificed so much time to give to our community,” he told Julius.

Ryan took the mic to say, “You are a trailblazer, sir. You have a lot of friends, and you deserve them, because you’ve done a lot of good in your life and you continue to do so.”

“You have paved the way for so many to come behind you and follow,” said Trustee Boone.

“On behalf of the mayor and the entire trustee body,” said Trustee Griffin, “we definitely appreciate everything you do.”

Residents from Freeport, Hempstead and beyond sat chatting at the tables during dinner. All have benefited from the museum’s displays and community activities.

The band Next Level performed songs made famous by Black entertainers and composers of the sixties through the eighties.

“You outdid yourself,” Julius told the musicians when their set concluded. “You brought back a lot of memories, and you did it right.”

Julius addressed his party guests with humor and purpose. He recalled his 20th birthday, when he cradled his newborn son Gary against his chest. He provoked laughter when he told of how his sister and constant childhood companion, Jeanette Settles, “ratted me out and my mother took all my cigarettes, but I still love her dearly.”

Prolonged applause and cheers came when he recalled Joysetta, “my loving wife who passed away last year.” He concluded his speech with high praise for Black women.

“Had it not been for the contribution of Black women,” he said, “this country would not be where it is today.”

Chef Barbara Petersmith and her catering team, the Cooking Spoon, danced to the Pearses’ table, rolling the cart that held Julius and Gary’s birthday cake, while the crowd sang along to Stevie Wonder’s version of “Happy Birthday.”

“I gotta give my father credit,” Gary said. “He didn’t give up on me.”

With humor and honesty similar to his father’s, Gary briefly reviewed his recovery from the years when he was “a lost son,” and told how his father influenced his return to a good life.

“That’s why I’m standing here today,” Gary said, “as a proud man at my father’s right side.“

The only gift request the Pearses made was for donations to the museum, which can be done through writing a check to TAAGS and mailing it to the museum at 110 N. Franklin St., in Hempstead, or via CashApp at $JJPAAM.