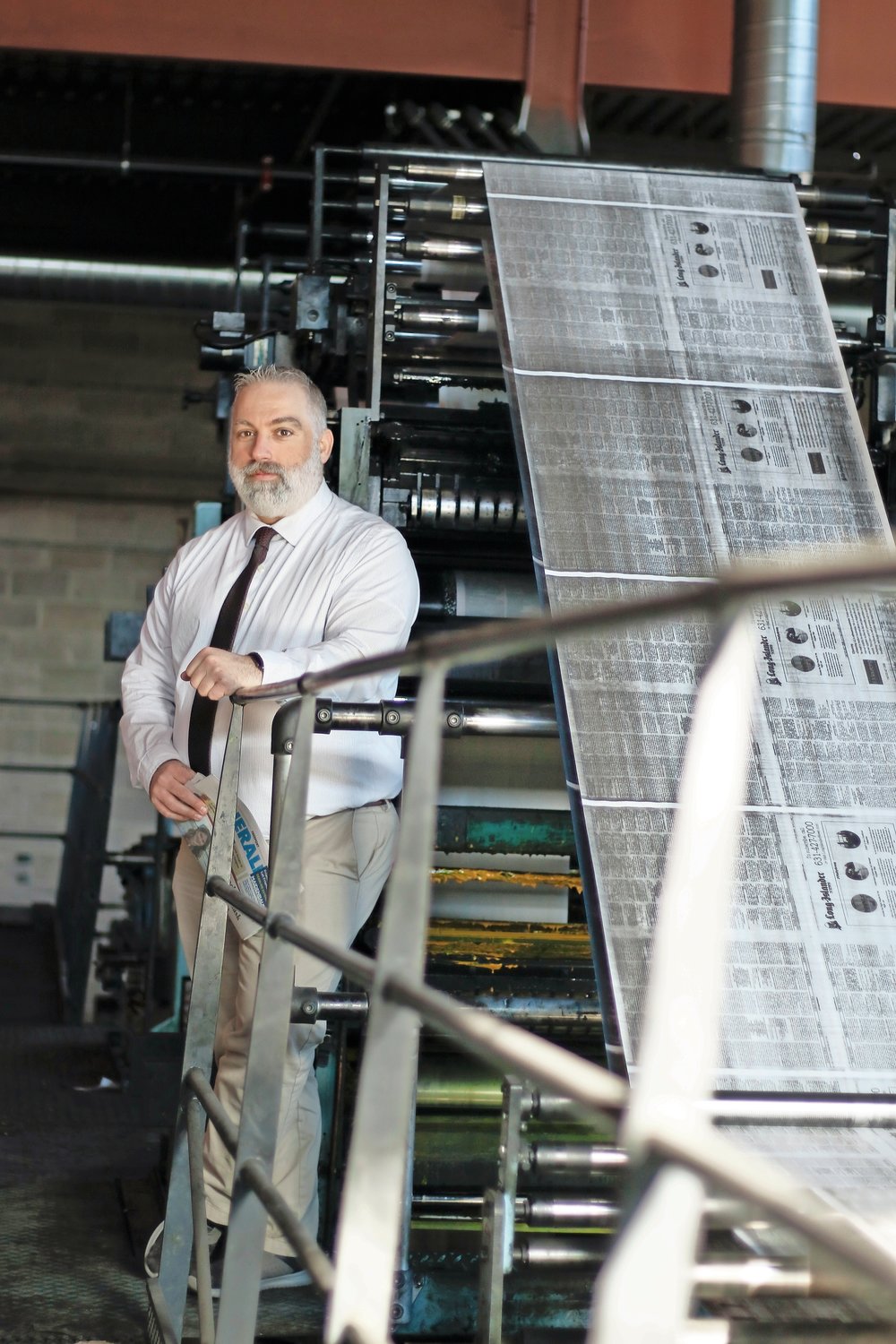 Michael Hinman is the new executive editor of the Herald Community Newspapers. Stuart Richner, the CEO of Richner Communications Inc., and publisher of the newspaper group, made the announcement last week. Hinman succeeds Scott Brinton, who had led the editorial department since 2016.

“I’m excited to see two longtime members of the Richner Communications family take on expanded roles,” Stuart Richner said. “For the past five years, Michael has been a steadfast steward of The Riverdale Press’ legacy of excellence. Now he brings his hard-nosed journalism and innovative storytelling to the Herald newsroom.

“Jeff has been a leading voice in the Herald newsroom for more than a decade,” Richner added. “In the newly created deputy editor role, Jeff will further infuse his dogged reporting into our 20-plus editions of the Herald.

“I know that under Mike and Jeff’s leadership, our newsroom will continue to be the premier source of local news for Long Islanders. I look forward to seeing how our award-winning team finds new ways to serve our communities.”

Although he was born and raised in rural Pennsylvania, Hinman spent most of his adult life in central Florida. His work ranged from neighborhood newspapers like the Zephyrhills News and The Laker, to the larger Sunbelt Newspaper division of The Tampa Tribune. He also spent years as a real estate reporter for the Tampa Bay Business Journal, as well as the Sarasota-based Business Observer.

During his time with the Business Journal, Hinman won a top business reporting award from the Society of Professional Journalists for his series of stories focused on the failed Trump Tower Tampa project.

“Our communities are filled with stories just waiting to be told,” Hinman said. “This is why neighborhood newspapers like the Heralds are so vital. We are renewing our mission to find those stories and share them — to inform you, to help you, and hopefully even make you smile from time to time.”

Before his tenure covering the Five Towns, Bessen was editor of the Islip Bulletin and Suffolk County News, which covered several communities on Suffolk County’s South Shore.

Bessen has won a number of awards from the New York Press Association and the Press Club of Long Island over the years, most recently as the Press Club’s runner-up for non-local news and features in 2021, and for narrative in-depth reporting/series in 2020.

“The Heralds have always had the community in mind when producing their award-winning stories,” Bessen said. “We aim to deepen that commitment with a stronger focus on the broader issues — such as politics — that impact our readers.”