Waiter who served up comfort, companionship dies at 93 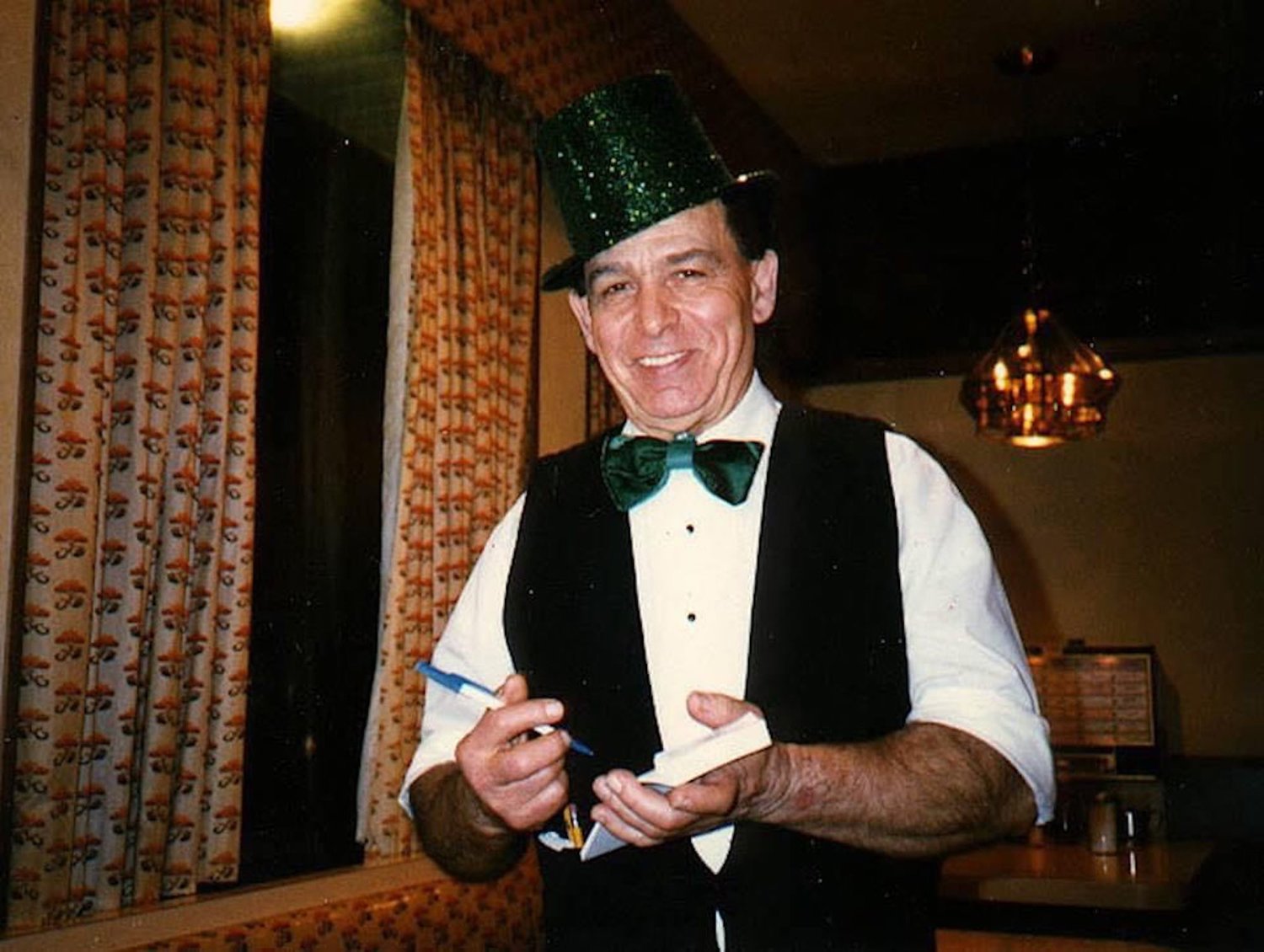 Morfessis dressed up for St. Patrick’s Day in the 1990s.
Courtesy John McCarroll 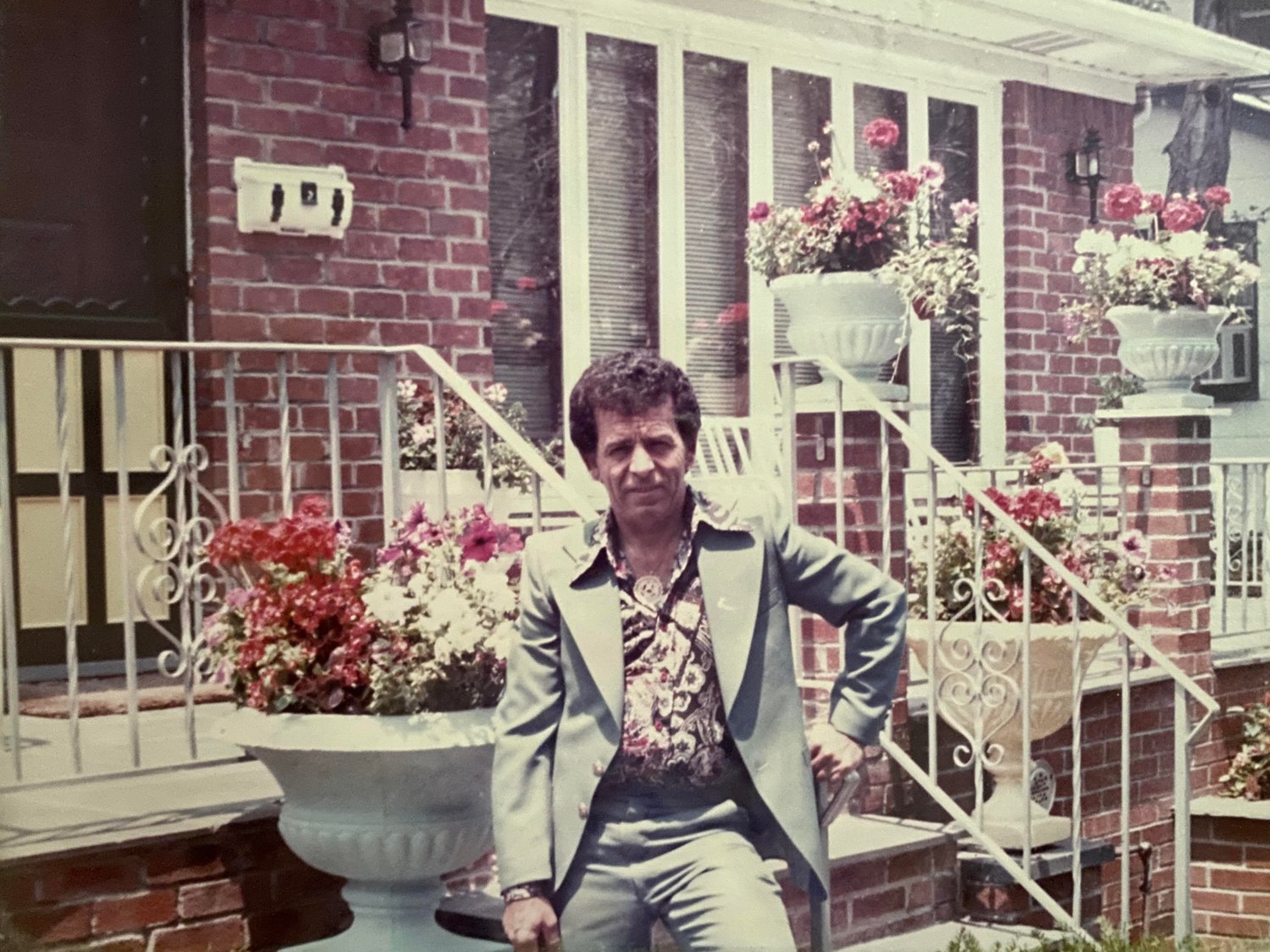 Victor Morfessis outside his Valley Stream home, which he built and regularly improved.
Courtesy George Morfessis
Previous Next
By Karina Kovac

Victor Morfessis, who was a native of Greece, lived through occupations by Italy and Germany in World War II, the Greek Civil War and a devastating 7.2 magnitude earthquake in 1953 before he came to the U.S. seeking any opportunities available in 1955. Leaving his hometown of Homeric, Ithaka, where he was born on Jan. 13, 1929, he followed many other Greeks who emigrated to America.

“There was literally no opportunity to stay there, and that was a time when a lot of people from that area migrated here to the United States,” Victor’s son George, 59, said, telling the story of how his father jumped a ship from Greece in New York, was discovered and deported, and then jumped ship again in Montreal to cross the border.

Victor worked as a server in restaurants and diners across the metropolitan area — including the Baldwin Coach Diner — for nearly 50 years, until his death on July 3, at age 93. “He was working pretty much in the restaurant business for his entire working life,” George said.

He built a house in Valley Stream for his wife, Stella, and, later, George. In the last months of his life, he still tended the flower and vegetable gardens. He was known to work on the house during his one day off each week, always focused on improving it.

“You appreciate a lot of the daily stuff that happened all the time that, at the time, you really didn’t appreciate it, but you realize it had a lasting effect on you,” George said of life with his father, adding that he raised his own children to be generous like his father.

In 1960, Victor began working at a semi-famous luncheonette on Jamaica Avenue in Queens called Teddy’s. He was there until it closed in 1975, and then he got a job at the Baldwin Coach Diner, and stayed there for 25 years. At the counter, he served comfort food and companionship to strangers who wandered in and the regulars alike.

“My father left the Baldwin Coach over 20 years ago,” George said. “I wouldn’t expect anybody from a place that I worked at 20 years ago to show up — (not) even the people I worked with, let alone people I served.”

George likened his father to a bartender who lends an ear to a customer.

“The same people sat at the counter and knew each other day after day, year after year,” George said. “I think you establish relationships.”

More than a friendly face to customers who’d sit in his section of the diner, Victor was friendly with the kitchen staff as well, with whom he identified as a fellow immigrant. They would call him padrino Spanish for godfather, and, George explained, “He bonded with them on the immigrant experience, which was different than lot of Greeks of his generation, who sort of separated themselves from the new immigrants, so to speak.

He was always comfortable around anybody,” George added, “and they felt like they had the kind of same (kind of) experience even though they were from Latin America, from Central America or South America or Mexico and he was from Europe. It didn’t matter to him,” — and Victor spoke Spanish with them.

Baldwin Coach owner John Kanaras recalled that Morfessis “was a legend” at the diner.

“He had a great memory, he’d write for the kitchen because there were no computers, but he never wrote down anything for himself and he always got it right.”

He was also known as a character to some customers, who recalled his singing and dancing while he worked. He would frequently belt out Irene Cara’s “Fame” in his Greek accent: “Remember my name, I’m going to live forever.” Kanaras also remembers Morfessis’s flashy outfits for specific days of the week and coordinated outfits for holidays.

“The guy was fun,” Kanaras said. “He could dance and sing all night.”

Have an opinion on this article? Send an email to kkovac@liherald.com.