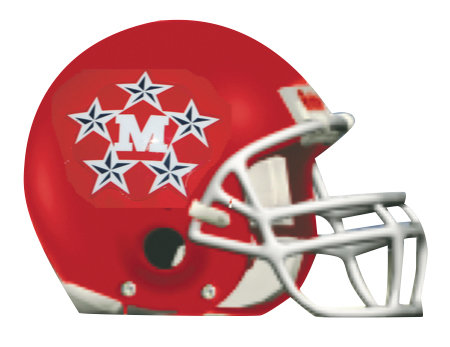 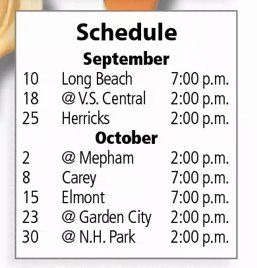 One of the larger senior classes in MacArthur history will look to march the Generals to a county championship after falling inches short last season.

Longtime head coach Bobby Fehrenbach returns 32 players who were juniors during the spring 2021 season that ended with a 14-7 loss to Garden City in the Conference II finals after Generals were stopped twice inside the one-yard line in the fourth quarter. While many of the faces of that runner-up finish return, Fehrenbach said he doesn't expect the heartbreak of that defeat to linger into the new campaign.

After graduating star running back Ryan Isom, Fehrenbach will look for senior James Napoli to anchor the backfield. Napoli, who missed some of last season due to Covid-19 contact tracing precautions, rushed for 109 yards on just 12 carries in MacArthur's 35-14 win against Carey to close the regular season.

Senior wide receiver Matt Papach should provide a spark to the offense as the Generals’ lone returning All-County player. He hauled in a 20-yard touchdown pass during the 28-7 playoff win against South Side in late April.

Ryan Muller and Jack Butler, both seniors, will be in the mix for the starting quarterback spot. Muller started most of last season after Butler suffered a season-ending injury in the third game.

MacArthur lost the bulk of its entire offensive line from the spring, but does return senior starters James Clarkson and Anthony Tufano. Senior tight ends Vincent Fundaro and Mario Logozzo will also contribute to the line along with serving as receiving weapons.

The General offense was explosive for most of the season averaging 34 points a game in the regular season before defeating South Side 28-7 in the Conference II semifinals on MacArthur's home field in Levittown. The offensive fireworks did not carry over however into the championship game when a strong Garden City defense held MacArthur to just one touchdown while halting two drives near the goal line in the second and fourth quarter.

Junior Joey Forchelli shined as a starting cornerback as a sophomore and will help lead the defensive backfield along with Papach at free safety.

“We're very deep and there are a lot of different kids that could really help us out,” Fehrenbach said. “They are a talented bunch.”

The Generals are seeded second out of 14 teams in Conference II with five-time defending county champion Garden City on top. Carey (third), Valley Stream Central (fourth), New Hyde Park (fifth) and Elmont (sixth) open the season just behind MacArthur in the rankings. The Nassau playoffs will return to a traditional eight-team field this season after the spring-shortened spring campaign was limited to four.

MacArthur will tackle a rigorous schedule starting with a Friday night game Sept. 10 versus Long Beach at 7 p.m. The schedule also highlighted Friday night home games versus Carey on Oct. 8 and Elmont on Oct. 15 along with a road tilt at Garden City on Oct. 23 for a rematch of last year's county finals. The Generals' regular season concludes on Oct. 30 at New Hyde Park for a 2 p.m. kickoff.