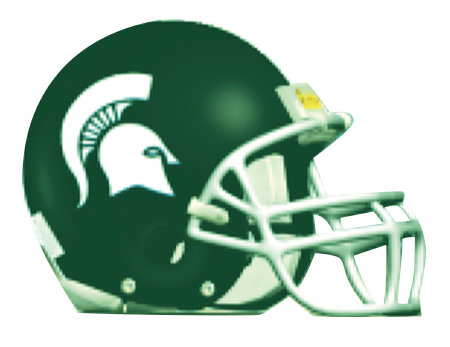 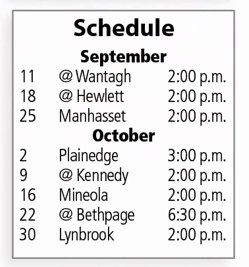 That’s what Valley Stream North is hoping for as it takes the field this fall in search of its first winning regular season since 2014. The Spartans, under then first-year head coach Mike Paolillo, finished 3-3 in the spring after rallying to defeat Hewlett in the finale to clinch the program’s first non-losing season since 2016.

Paolillo was North’s JV head coach for more than a decade and guided most of the players on this year’s roster while at the junior level. That comfort level and knowing each other’s tendencies, he believes, can only be a positive entering the new season.

“It’s very important,” Paolillo said. “They know what I expect, they know how I want them to work [and] they know the routines. It even helped last year because there were only two kids on the team that didn’t play for me on JV. It was quite an easy transition.”

But taking it to the next level will certainly be a challenge. The Spartans open the Conference III season at Wantagh (Conference IV champions last season) before home dates against defending county-champion Manhasset (8-0) and Plainedge (10-2) in the third and fourth weeks, respectively. North was outscored 83-0 in the two games against the latter two schools last season, but Paolillo believes in his team’s resiliency in the rematches.

“It’s going to be a rough one, but we’re prepared and ready,” Paolillo said. “We just have to gameplan week-to-week and not be intimidated if we go down by a touchdown or two. We just have to work hard and come back and do what [we] know to do.”

And that hard work, Paolillo believes, could result in a postseason berth.

The offensive playmakers from the spring season remains virtually intact. Quarterback Brian Farrell returns after making his varsity debut as a junior and is coming off an impressive summer minicamp where he improved on his reads and quickness.

“We’re going to set him up to be very, very successful,” Paolillo said. “We have a few things in the mix for him this year.”

There is plenty of excitement surrounding junior tailback Josh Lopez, who rushed for at least 60 yards three times last season with three touchdowns, including the game-winning score in the fourth quarter against Hewlett.

“I expect him to continue where he left off,” Paolillo said. “He is an extremely hard worker who gives 150 percent in everything he does. He’ll be huge for us.”

Ethan Ramnarain and Andrew Lusterino are the wideouts and fellow senior Michael Capolino could see some passes his way in addition to his running back duties. Lusterino has been known to make the clutch catch when needed, while Ramnarain excels with his size and finesse.

The offensive and defensive lines will have a much different look this season with senior center Jack DelCarpine being the lone holdover. Paolillo is looking for Christian Layden, Sebastien Gibbons and Nick Navetta to possibly fill the other spots on offense and Capolino and Farrell could see time at defensive end.

Lopez and junior Danny Rojas are the projected starters at linebacker. Cornerback-safety hybrid Vaughn Candelario, who recovered two fumbles in a win over Glen Cove last March, returns for his senior season after an injury-plagued spring and will be joined by Ramnarain, Lusterino, Michael Munson and Albean Sarmiento in the defensive backfield.

Rojas, who has soccer experience, could make the difference in some close game at kicker.