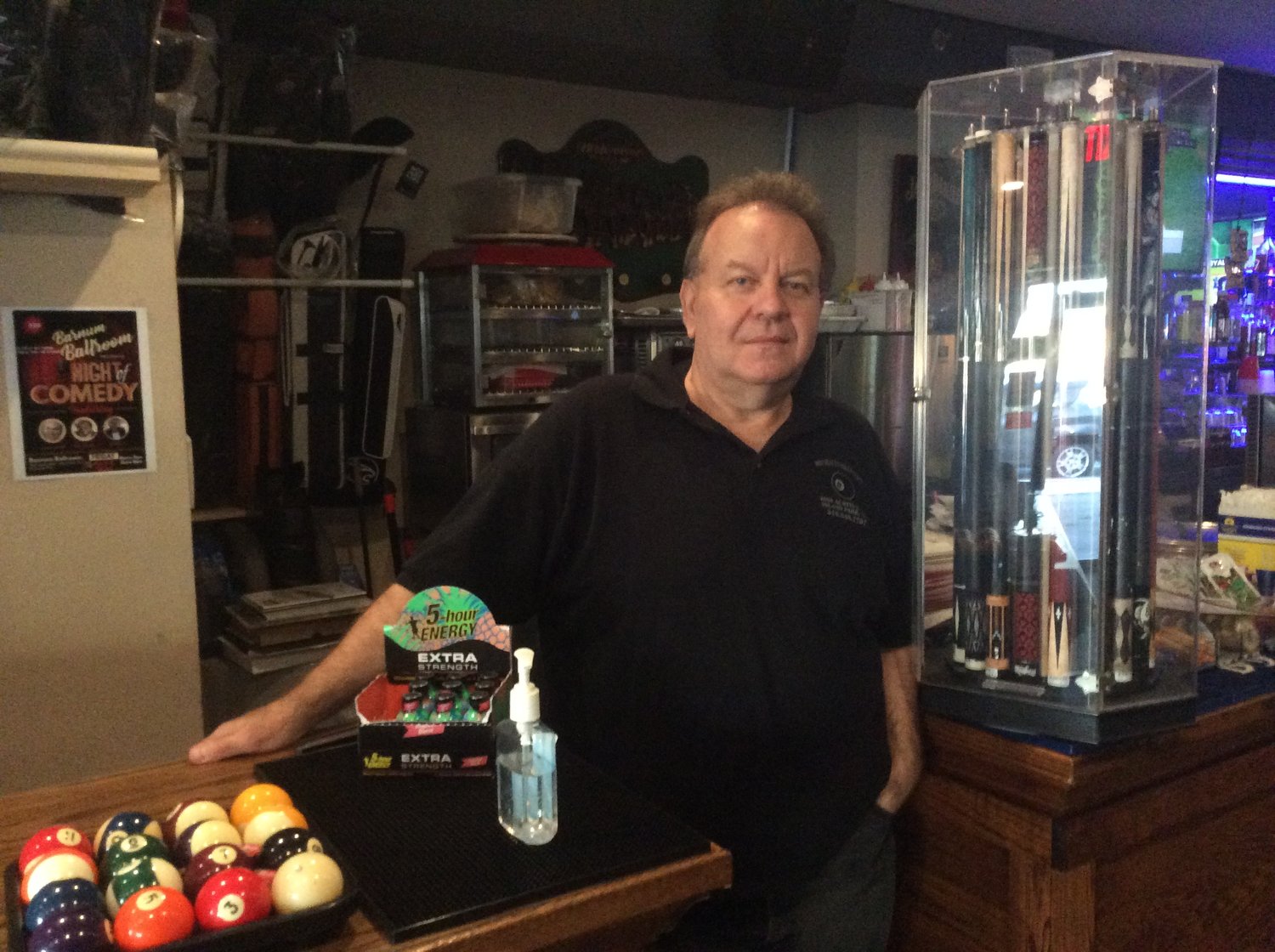 The Herald held its annual Long Island Choice Awards, which recognized local businesses throughout Nassau and Suffolk counties. Local residents and Herald readers were able to nominate their favorite businesses in several categories through the voting public.

Michael’s Billiards in Island Park has been voted the best Sports Bar on Long Island. Owner Michael Rudonis has been running the pool business for 30 years. He first owned a pool hall in Queens when he saw that the sport was rising in popularity in the late 80s and early 90s and operated the business alongside his wife, Kathy, who he has been with for 40 years.

“I had worked for the city at the time, and I said to my wife, ‘Why don’t we start a pool room in Queens?’” he said. “She liked the idea. I found a spot and renovated it, and we did well with it.”

Rudonis, who still lives in Queens, later decided to open the billiards hall in Island Park, with a catering section to host parties, live music, comedy nights and other events.

After 15 years, Rudonis sold the space so the family could help their son, Michael Jr., who was pursuing a career as a chef and running a business, since family was a top priority.

“We bought a restaurant and couldn’t operate all the businesses at the same time,” he said. “We decided to sell and help him at the restaurant. He was the chef, and my wife and I handled the front end. We did it together.”

Rudonis and his family ran Mike’s Porthole, a waterfront restaurant, in East Rockaway for 10 years before his family eventually returned to the billiards business in Island Park three years ago. But the pandemic struck shortly after reopening, which was the most difficult stretch of his 40 years in business.

“We had to spend a lot of money on renovating the building and we were open for about four months before the pandemic shut us down for over a year,” Rudonis said. “There were so many times that we thought maybe tomorrow would be the day we can open, but it took over a year before they allowed us to be.”

Pool halls were one of the last businesses able to reopen as a result of the pandemic, and after finally reopening four months ago, Rudonis believes things are steadily getting better.

“A lot of people are scared and you can’t blame them for how many people lost somebody during the pandemic,” he said. “Hopefully, it’s to the point where we have it under control and we can move on. We have some more things in the works. Hopefully, in the next month or so, all the little things will get done.”

The Nationwide American Pool Players Association holds its Thursday night league games at the pool hall, with more than 40 people playing each week and will be hosting a tournament on May 14. The pool hall will also host a drag queen bingo fundraiser on May 6 for Bobbi and the Strays, a non-profit animal rescue organization animal shelter in Freeport and Glendale.

After returning from his stint in the restaurant business, Rudonis said he feels at home in the pool hall. “We had the restaurant for 10 years and it’s a hard business,” he said. “It was hard to schedule any travel, especially when your son is the main chef.”

“I’m happy to be back,’’ he added. “That’s probably the reason I figured I’d come back into this business because I don’t want to retire. I don’t think anybody should retire. I think you should just slow down but keep your body and your mind active. Hopefully, I can live to 75, 80 and have good health and I’ll be here.”