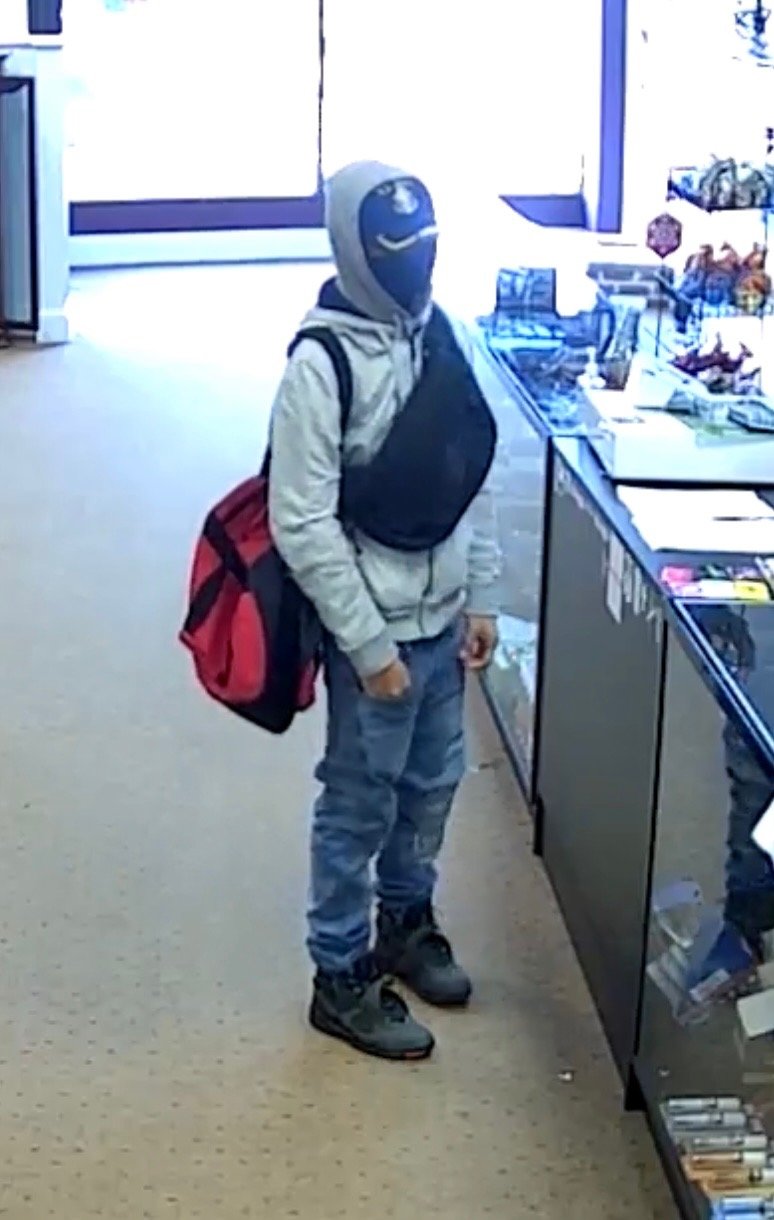 Police are searching for a suspect who shot a worker at Da Smoke Shop on Merrick Road in Oceanside.
Courtesy Nassau County Police Department
By Tom Carrozza

Police are investigating a robbery that occurred on Sunday in Oceanside around 3:10 p.m. According to Fourth Squad detectives, an unidentified man entered “Da Smoke Spot” at 230 Merrick Road and confronted an employee. The unidentified man brandished a handgun and fired two shots. A victim was struck once in the chest and the shooter fled the scene.

The victim was transported to an area hospital and is in stable condition at press time. The subject is described as a man, about 5 feet 9 inches tall with a light complexion. He was wearing a grey hooded sweatshirt, blue jeans, a baseball hat, and a black mask covering his face. The subject was also carrying a black and red duffle bag on his shoulder and a second black bag across his chest.

Police are asking anyone with information regarding the incident to contact Crime Stoppers at 1-800-244-TIPS or call 911. All callers will remain anonymous.